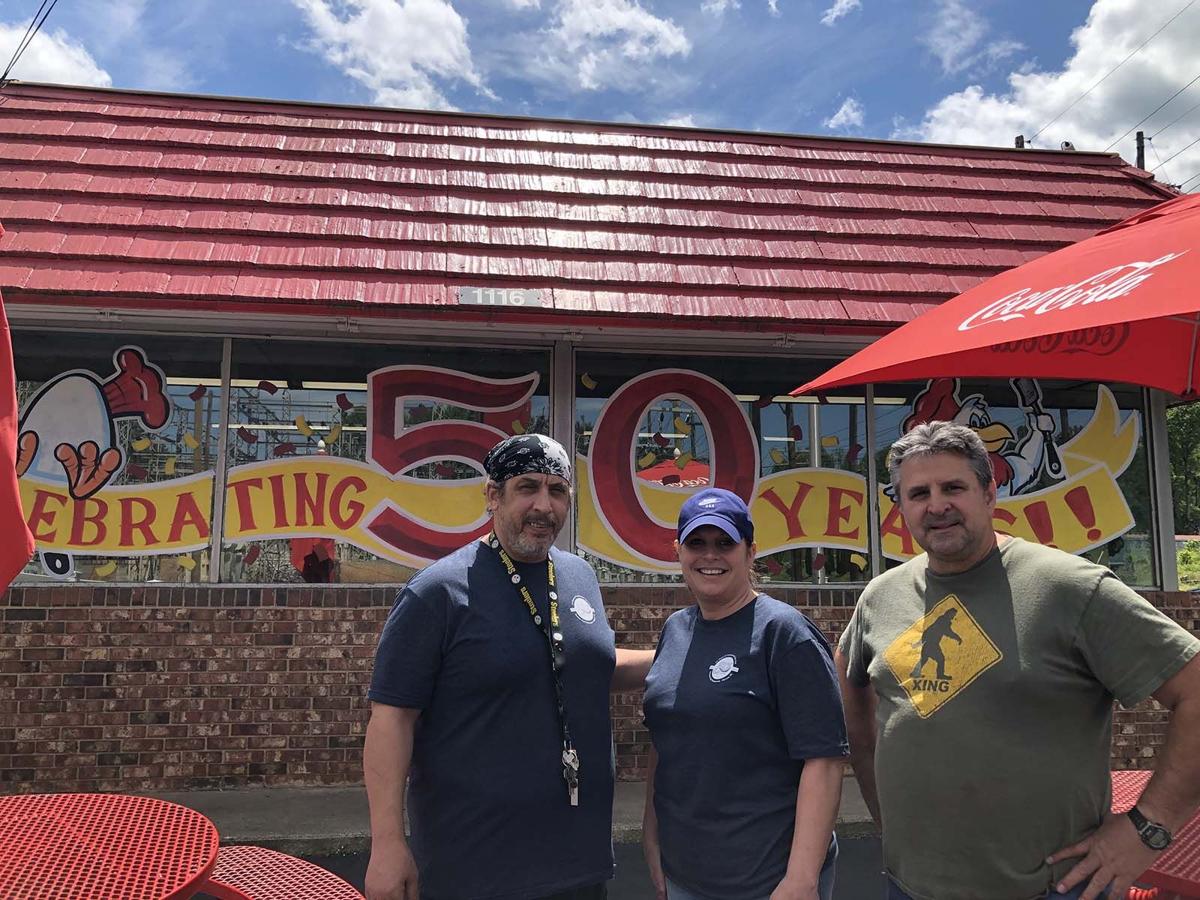 On Saturday, Bantam Chef in Marion will celebrate 50 years of serving breakfast, lunch and dinner to satisfied patrons. Standing in front of the restaurant at 1116 Rutherford Road are (from left) owner George Eleftheriadis, long-time employee Rebecca Stroud and former owner Tony Panou. 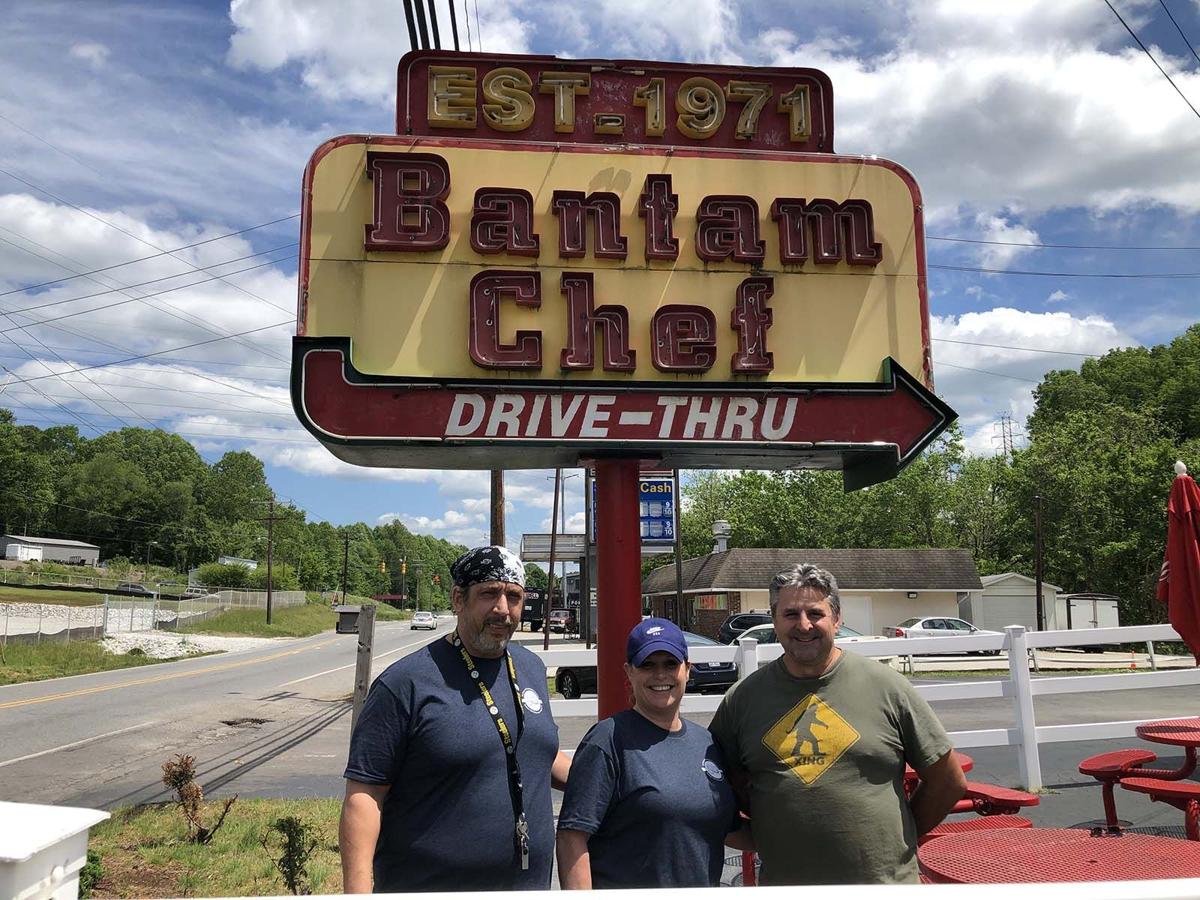 On Saturday, Bantam Chef in Marion will celebrate 50 years of serving breakfast, lunch and dinner to satisfied patrons. Standing in front of the restaurant’s sign at 1116 Rutherford Road are (from left) owner George Eleftheriadis, long-time employee Rebecca Stroud and former owner Tony Panou. 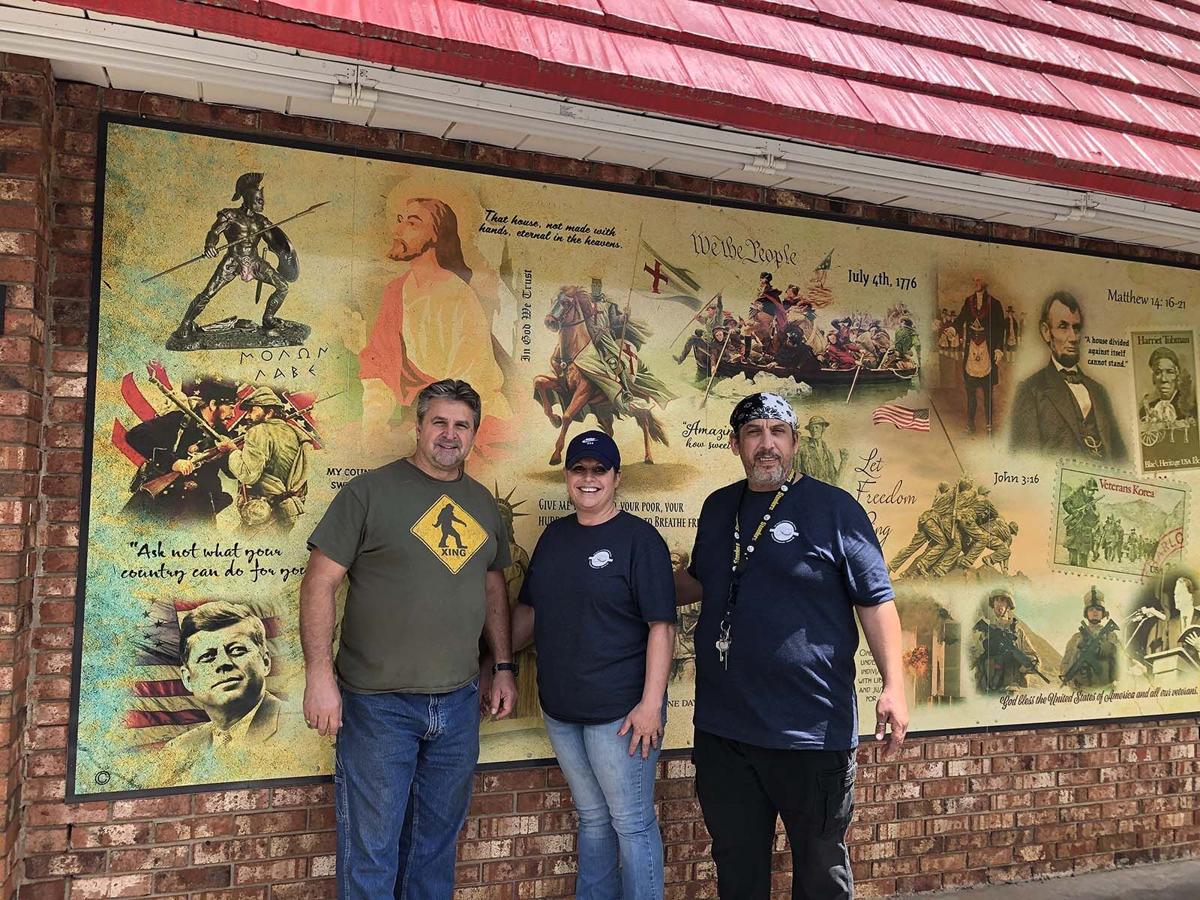 On Saturday, a much loved Marion eatery will celebrate 50 years of serving breakfast, lunch and dinner to satisfied patrons.

Bantam Chef in Marion was started in 1971 and has remained at the same location at 1116 Rutherford Road all of that time. For 50 years, folks have come there to enjoy breakfast, lunch and dinner.

This Saturday, Bantam Chef in Marion is not only celebrating its 50th anniversary but also the 135th birthday for Coca-Cola. In addition, May 8 was V-E Day when the Allies won the victory in Europe during World War II.

“This year it all fell together and we have May 8 to celebrate the 50th anniversary of Bantam Chef,” said former owner Tony Panou.

All day on Saturday, Bantam Chef will give away free soft drinks to celebrate its anniversary and Coke’s birthday. DriveSouth, a bluegrass band, will perform at 4 p.m.

“You can categorize this place as a workingman’s eatery,” said Panou.

Panou owned and ran the Bantam Chef from 2000 to 2019. In September 2019, he sold the business to George Eleftheriadis, who like Panou has Greek heritage.

“It’s been a small businesses in the same spot, in the same address,” said Panou. “It’s an old fashioned locally owned fast food restaurant. Nothing has changed. The menu is still the same.”

When Panou was the owner, he started a recycling effort at Bantam Chef. In June 2009, he approached Hospice of McDowell County Inc. with a funding proposal, and in July 2009 a phenomenal partnership was formed that as of 2017 culminated into more than $23,000 in donations to CarePartners Hospice & Palliative Care of McDowell.

Tony and his Bantam Chef team’s proposal revolved around recycling. They would recycle aluminum cans for cash and encourage customers to help them. A sign in the restaurant reads, “If you and/or your company drink canned drinks, but not enough to recycle yourself, we ask that you drop them off at the Bantam Chef Restaurant.”

Panou also added another feature at Bantam Chef in November 2018. It can be found on a wall outside the restaurant.

“Light Among Equals” is intended to pay honor to all those who have served in the military, including those dating back to ancient times. It is a timeline for veterans, said Panou in 2018.

The artwork depicts Jesus Christ, the Middle Ages and the Knights Templar. It includes George Washington, Abraham Lincoln, abolitionist Harriett Tubman, Geronimo and the Statue of Liberty. There are symbolic figures representing the Civil War, World War I, World War II, the Korean War, the Vietnam War and today’s ongoing conflicts in the Middle East and Afghanistan. The time line also features John F. Kennedy, the Rev. Martin Luther King, the Rev. Billy Graham and the terrorist attacks of Sept. 11, 2001.

Since then, this same artwork is on display on a wall in downtown Old Fort. Panou has donated 46 smaller version of “Light Among Equals” to fire departments and public buildings in McDowell, Burke and Buncombe counties.

All of this is a testament to not only a great restaurant but a business that gives back to its community.

“To have the same business in the same place for 50 years it’s an honor and a privilege to be in a community that is supported us,” said Panou to The McDowell News. “And we thank everyone for all these years of supporting us and letting us have the opportunity to serve them.”

A video of an assault led to a charge against a Marion man, authorities said Tuesday.

The mine next to the McDowell County house where Cody Jones lives extracted rock from the ground for as long as he can recall.

New principals taking over at some McDowell schools

When students return to classrooms, three new principals will be at the helm in local schools.

Dr. Tom Atkinson prepares to retire after 41 years of practicing medicine in McDowell

For 41 years, he has been there to care for the sick and the injured and even delivered babies. He has played an important role in improving m…

A Marion man has been charged for setting up an illegal — and messy — campsite, authorities said Monday.

A woman wanted on a drug charge was hit with another drug charge following a traffic stop, authorities said Monday.

On Monday, the McDowell County Board of Commissioners voted 4-1 to adopt a county budget for fiscal year 2021-2022 that includes a 1-cent redu…

This Thursday, you can participate in a discussion about the future look for Old Fort’s downtown.

On Saturday, Bantam Chef in Marion will celebrate 50 years of serving breakfast, lunch and dinner to satisfied patrons. Standing in front of the restaurant at 1116 Rutherford Road are (from left) owner George Eleftheriadis, long-time employee Rebecca Stroud and former owner Tony Panou.

On Saturday, Bantam Chef in Marion will celebrate 50 years of serving breakfast, lunch and dinner to satisfied patrons. Standing in front of the restaurant’s sign at 1116 Rutherford Road are (from left) owner George Eleftheriadis, long-time employee Rebecca Stroud and former owner Tony Panou.