McDowell departments responding to a structure fire in Dysartsville 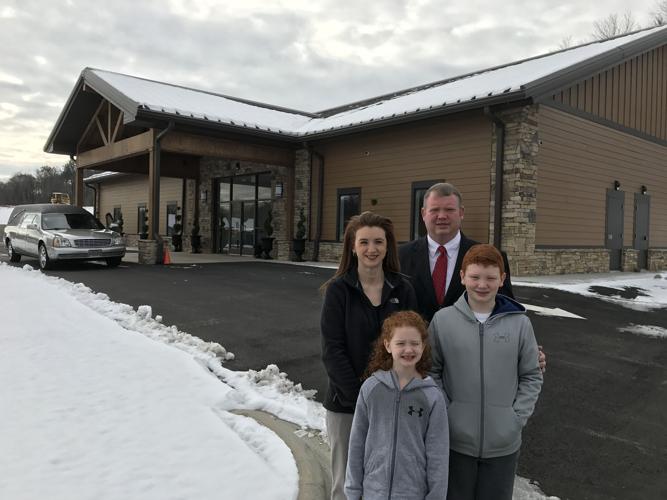 Chad Beam, owner and operator of Beam Funeral Service, stands in front of his new building at 2170 Rutherford Road in Marion. He is with his wife Jill, who is an administrative assistant and notary public for the funeral home. They are standing with their children Allie and Zachary. 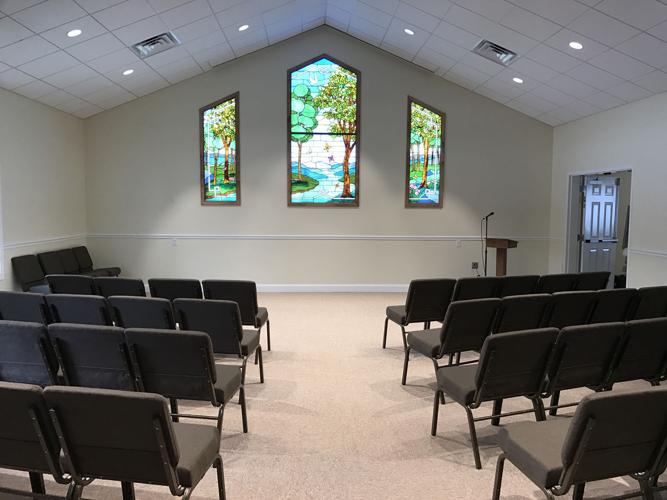 The new building has a chapel which can seat more than 100. 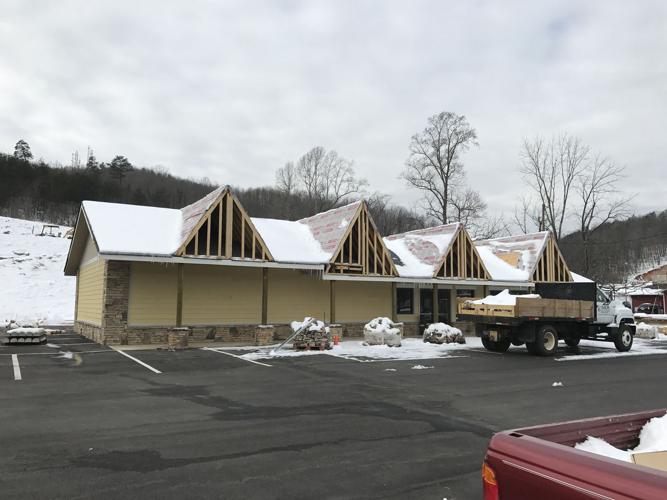 Right next door is another building that is still going through a renovation. When complete, this building will house the crematory, a morgue that can accommodate 20 bodies and a florist shop.

One year after he started out on his own, Chad Beam is opening McDowell County’s newest funeral home. In fact, his new building is already in use for services and receiving of friends.

For Beam, operating a funeral home has a deeper meaning and purpose other than just making a living.

In February of last year, Beam started out as an independent funeral director after having more than 23 years of experience.

At age 41, Beam is a licensed director, embalmer and crematory operator. He is a graduate of McDowell High School and Gupton-Jones College of Funeral Service. He received his license in 1995.

When he started out on his own, his service was called Chad Beam Funeral Licensee and he did not have a building in which to operate. He and his fledgling staff conducted funerals at churches and gravesites only.

But since Feb. 1, 2016, Beam and his staff have provided services for 187 families without even having a facility of their own.

“It seems like we are building a good following,” said Beam. “We’re very blessed.”

But that changed with the opening of Beam Funeral Service in a totally new 7,000-square-foot building at 2170 Rutherford Road in Marion. This building is now completed and is already being used for services.

“Now, we can offer so much more and our prices are still the same,” he said.

In fact, it is the first time a new funeral home has started in McDowell for at least 80 years or more. For decades, it has always been either Westmoreland or Kirksey when folks needed funeral services here.

And it is McDowell County where Beam has always wanted to work and live.

“This is always where I wanted to serve,” he said. “I had a lot of job offers but I wanted to remain here and raise my kids here and serve the people I know.”

A year ago, construction started on his new building along Rutherford Road. Many people in McDowell County have followed its progress with interest and have sent well-wishes to Beam and his staff about this new endeavor.

GEM Constructors built this attractive building according to Beam’s specifications. It has three viewing rooms for receiving of friends and a chapel that seats more than 100 people. The large stained glass windows in the chapel contain various symbols that are accessible to all kinds of people, regardless of their religious background.

“I put a lot of thought into that,” said Beam of the windows.

The new building has a preparation room for the deceased and office space. He has a virtual showroom where the family can select a casket online for their loved one. It can be delivered the very next day.

Beam said he wanted this building to be accessible to everyone, especially the elderly and disabled. The building has no steps or even ramps. There are two large porticos which are helpful during bad weather. There is parking all around the building and 88 spaces are available.

At his new operation, the average funeral will cost around $5,800, which includes the opening and closing of the grave and the publication of the obituary. A cremation will cost an average of $995.

“I wanted to give people a hometown affordable choice,” he said.

The N.C. Board of Funeral Service recently issued Beam a pre-need license. This allows people to transfer their pre-need plans from another funeral home to his operation, according to Beam.

There is much more to Beam Funeral Service than just the new structure. Right next door, an existing building is now going through an extensive renovation. When it is completed, this adjacent building will house the crematory and a florist shop. There will also be a morgue that can house 20 bodies, far more than the morgue at McDowell Hospital, Beam said.

This building is being remodeled to resemble the main structure right beside.

In yet another totally separate structure, Beam plans to open a pet cremation/burial facility. He calls it a “companion petuary” and he will be working with local veterinarians about this new aspect of his service.

“We got a lot of calls for that,” he said. “People see their pets as part of their family.”

As 2017 begins, Beam and his staff said they are looking forward to many years of providing funeral services here in McDowell.

Beam said he plans to hold an open house and dedication ceremony in February, one year after he started out on his own.

In downtown Marion, you can now get “shave and a haircut, two beers.”

A Morganton man drowned in Lake James on Saturday.

The body of a missing Asheville man was found Monday afternoon near Old Fort.

The Marion Police Department has made an arrest in connection with the motor vehicle crash that happened along North Main Street on July 28.

Pedestrian hit by vehicle on U.S. 221 South of Marion

A pedestrian was hit by a vehicle on U.S. 221 South in Marion on Wednesday and was transported to Mission Hospital in Asheville.

McDowell County will take a new look at its animal ordinance, which could include rules about pet licensing, spay and neuter and the roaming o…

Old Fort has a new place where small business owners can meet, enjoy a cup of delicious coffee and learn how to make their communities better.

A benefit dinner to help Emily Page Gibbs with her struggle against lupus exceeded the expectations of the organizers.

This Saturday, friends and family of Emily Page Gibbs will come together and help raise money in her struggle with the disease of lupus.

The beagles have landed! 4,000 beagles rescued from breeding facility in Virginia

Chad Beam, owner and operator of Beam Funeral Service, stands in front of his new building at 2170 Rutherford Road in Marion. He is with his wife Jill, who is an administrative assistant and notary public for the funeral home. They are standing with their children Allie and Zachary.

The new building has a chapel which can seat more than 100.

Right next door is another building that is still going through a renovation. When complete, this building will house the crematory, a morgue that can accommodate 20 bodies and a florist shop.