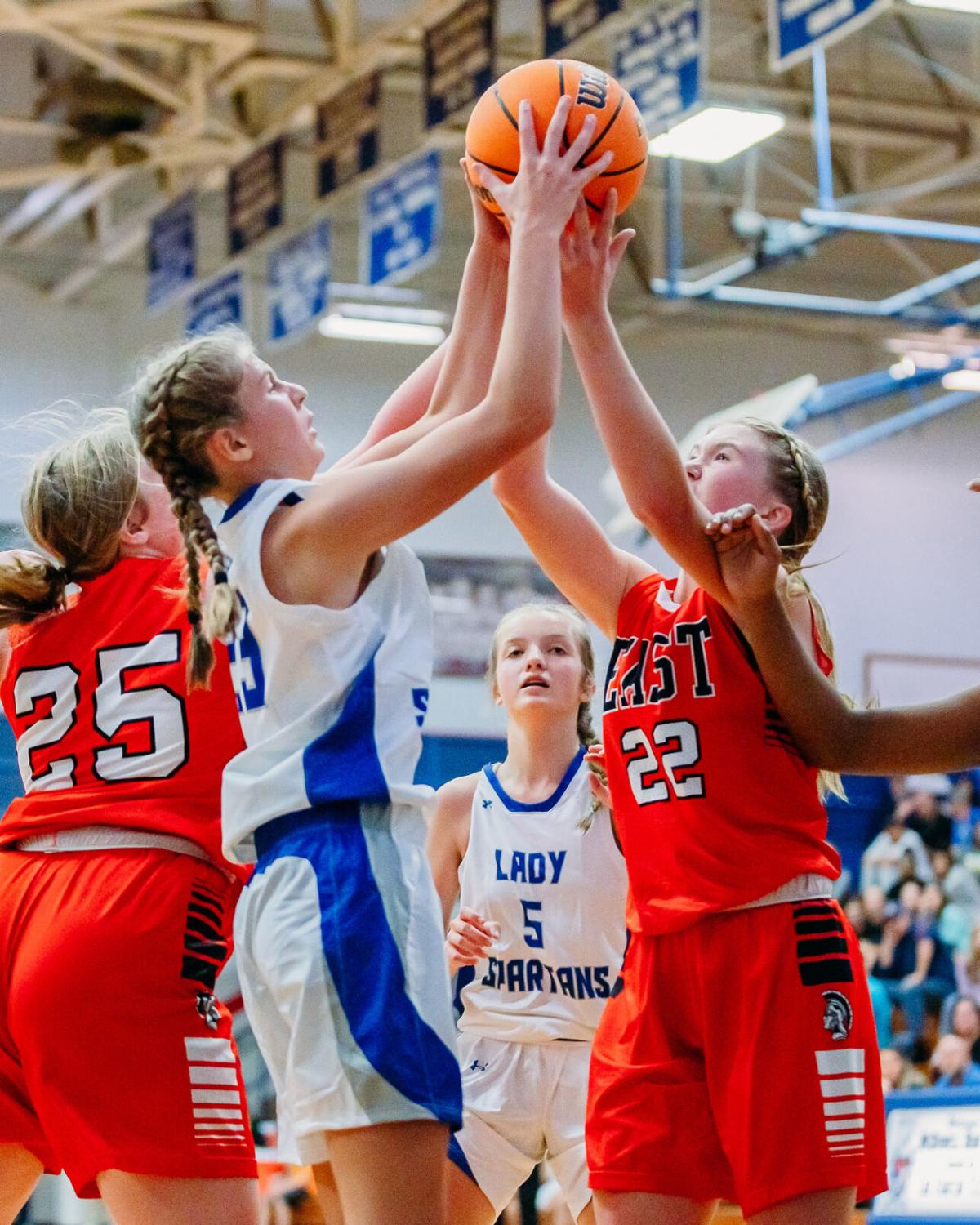 East McDowell Middle School's Kinsley McKinney, 22, and West McDowell's Braelyn Barber, 23, fight for a rebound during East's 39-37 win in the first battle of the season between the county's two middle schools Thursday at Titan Gym. 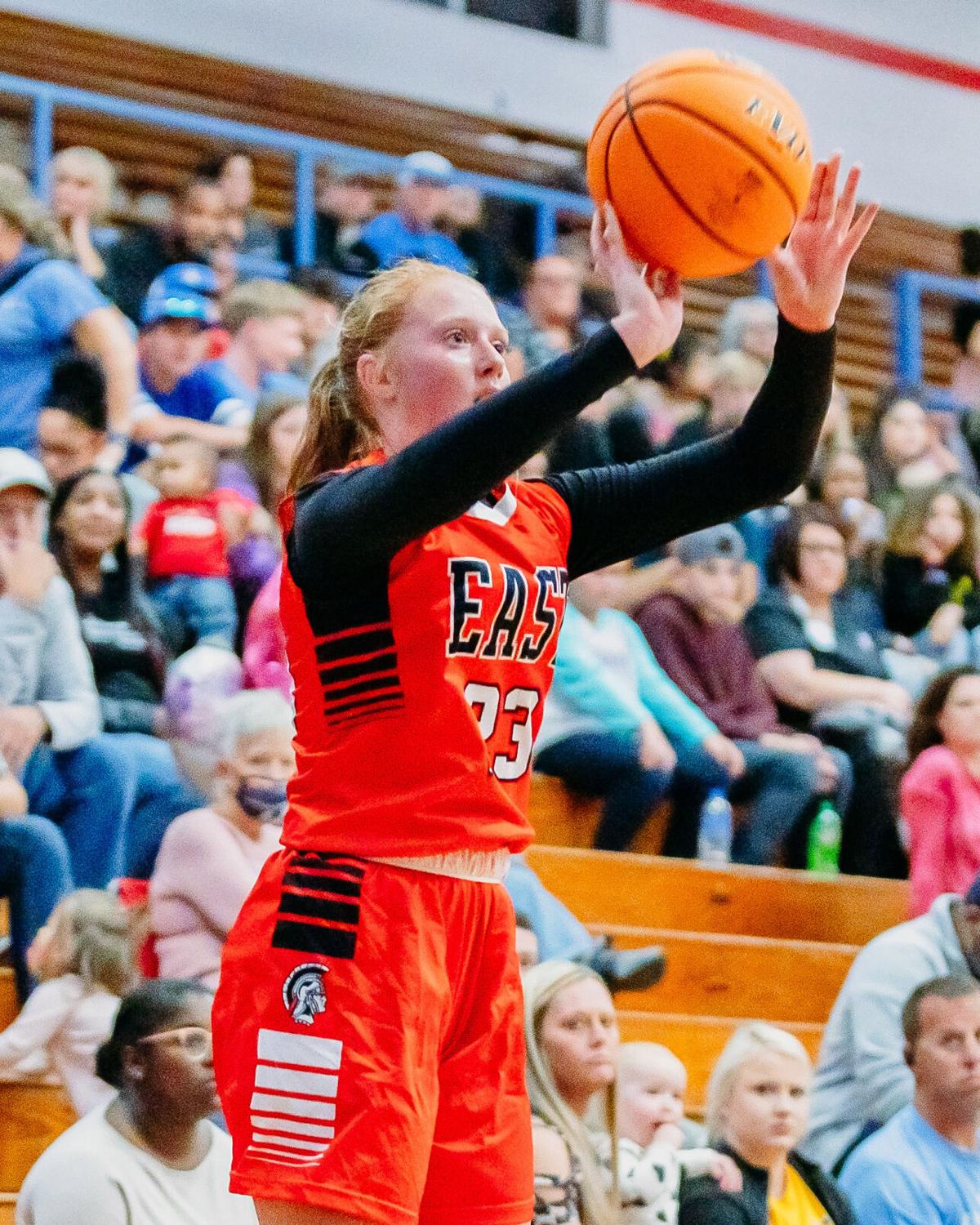 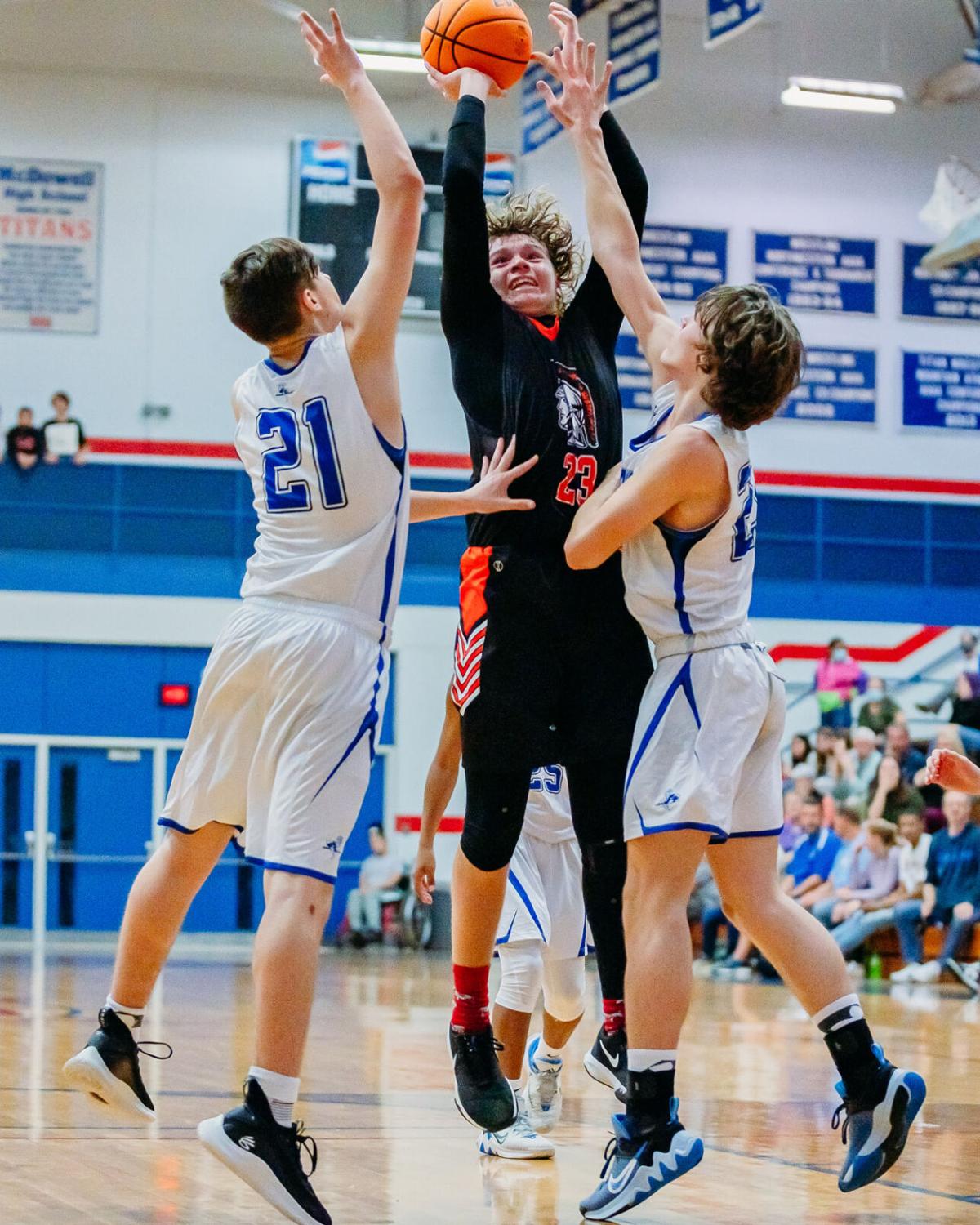 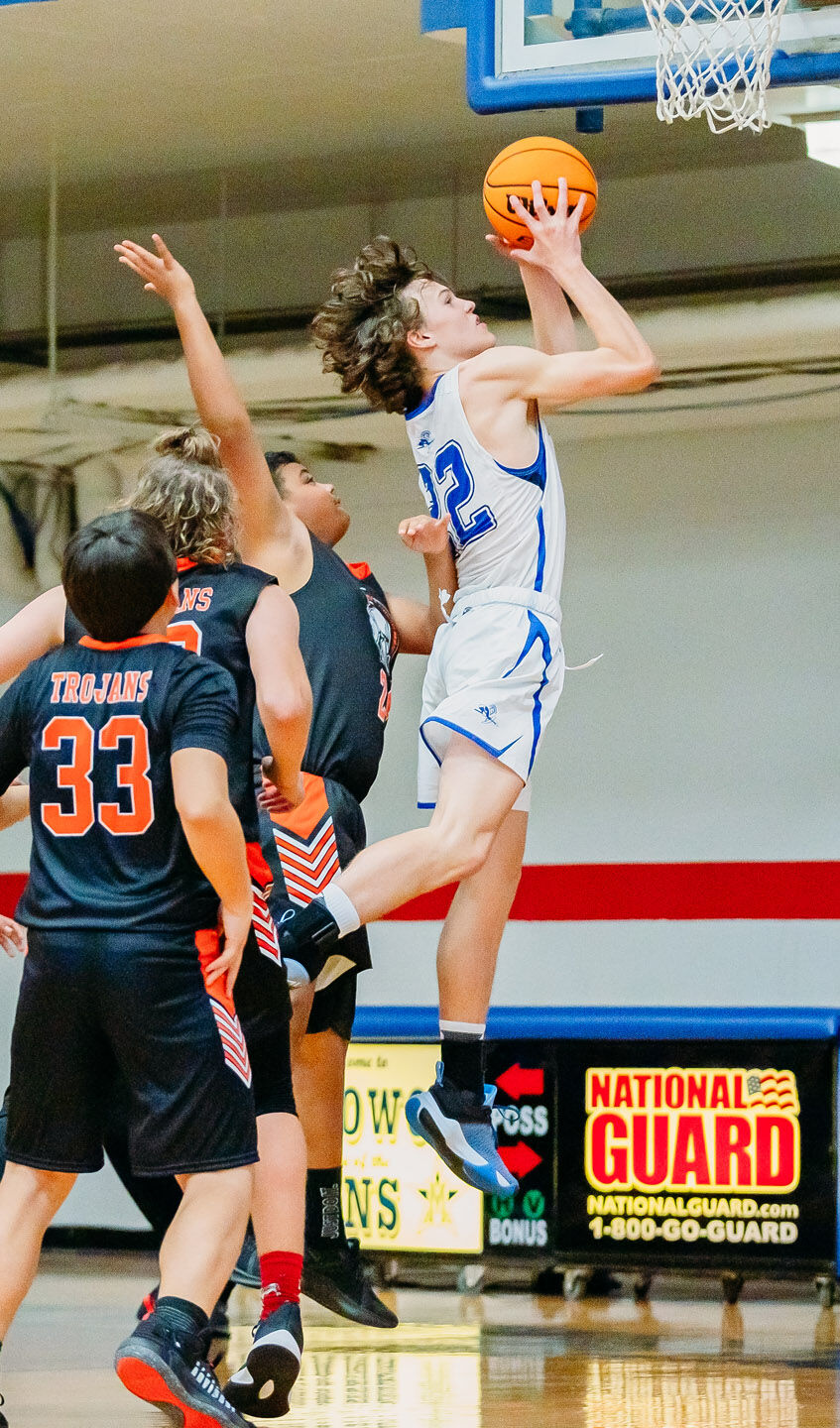 The Foothills Conference winter sports season cranked up on Thursday evening with a pair of exciting basketball games in the latest chapter of the crosstown rivalry.

East (1-0 Foothills Conference) jumped out to an early 11-4 advantage and gradually extended its lead to as high as 14 points in the second half.

What looked to be an easy victory got a lot closer down the stretch as the Lady Spartans outscored East 17-6 in the fourth quarter, however West ran out of time to pull off the comeback.

The East McDowell Trojans came up with some big plays in the final minute-plus of play to pull out a 43-38 win over the Spartans.

The contest was played with a two-possession margin for most of the game. With the score tied 38-38, Levi Boone (10 points, 4 rebounds), on a high post drive to the basket, gave the Trojans the lead for good at 40-38 with 1:17 left.

Then, after East forced a couple stops, Raekwon Garner (7 points, 8 rebounds, 7 assists) made three free throws in the final 17 seconds of the game to seal the victory.

West McDowell did most of its damage in the frontcourt. Roby Franklin finished with 11 points and 17 rebounds. Draken Seaman (19 rebounds) added 10 points.

This time, the McDowell Lady Titans made sure there was no comeback.

East McDowell Middle School's Kinsley McKinney, 22, and West McDowell's Braelyn Barber, 23, fight for a rebound during East's 39-37 win in the first battle of the season between the county's two middle schools Thursday at Titan Gym.