Get our local education coverage delivered directly to your inbox.

In honor of Independence Day, The McDowell News is providing unlimited access to all of our content from June 28th-July 4th! Presented by McDowell Technical Community College

Brian Oliver will serve as interim superintendent of McDowell County Schools while the board of education begins the process of searching for a permanent system leader.

The vote to confirm Oliver was unanimous.

“There’s a great team here that will move forward,” said outgoing Superintendent Mark Garrett at the special-called meeting on Thursday. “I think the board made an excellent choice."

Garrett will take over Henderson County Public Schools on July 1.

In a press release following the meeting, Chairman Terry Frank talked about the board's decision.

“After careful consideration and a lengthy discussion among nine school board members, the board unanimously selected Mr. Brian Oliver as the interim superintendent for McDowell County Schools," he said. "Mr. Oliver has the qualifications, experience, ability, and leadership capabilities to continue our course of direction in making McDowell County Schools one of the top systems in North Carolina. Over the past nine years we have enjoyed substantial growth in all aspects of education, athletics, facility improvements, student opportunities, and growing great leaders. As one of the top administrators in our system, Mr. Oliver has played a huge role in making McDowell County Schools a system that has attained state, national, and international recognition. He is a true leader with a proven track record to continue the success of MCS,” Frank said in the statement.

Oliver, who has 26 years experience in education, has served as assistant superintendent of operations for McDowell County Schools. 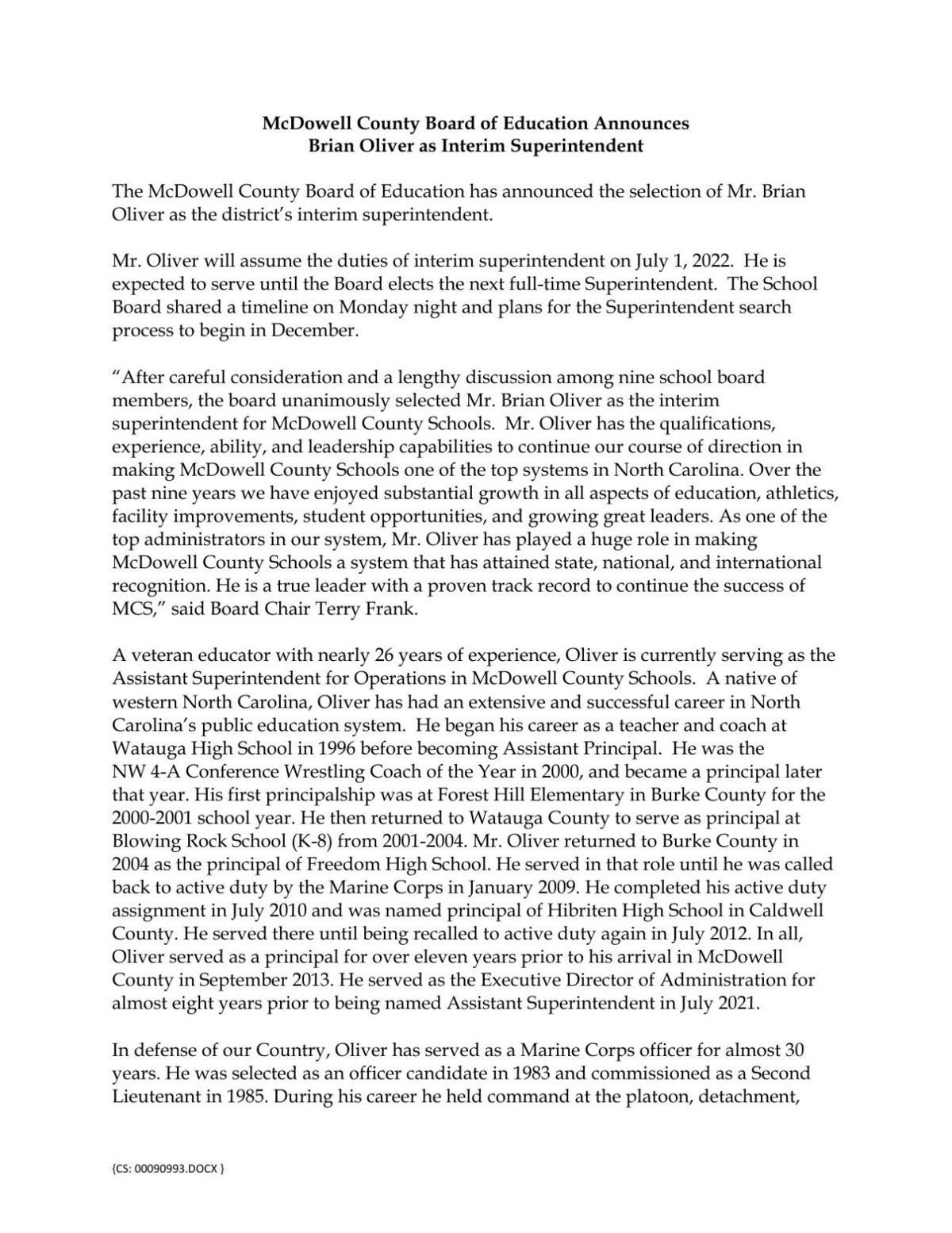 He began his career as a teacher and coach at Watauga High School in 1996 before becoming assistant principal.

He was the NW 4-A Conference Wrestling Coach of the Year in 2000, and became a principal later that year.

His first principalship was at Forest Hill Elementary in Burke County for the 2000-2001 school year. He then returned to Watauga County to serve as principal at Blowing Rock School (K-8) from 2001-2004.

Oliver returned to Burke County in 2004 as the principal of Freedom High School. He served in that role until he was called back to active duty by the Marine Corps in January 2009.

He completed his active duty assignment in July 2010 and was named principal of Hibriten High School in Caldwell County.

He served there until being recalled to active duty in the Marine Corps again in July 2012. In all, Oliver was a principal for over 11 years prior to his arrival in McDowell County in September 2013. He served as the executive director of administration for almost eight years prior to being named assistant superintendent in July 2021.

Oliver said he was honored to have the confidence of the board during this transition period.

“Mainly, I look forward to continuing to build on what Mr. Garrett has allowed us to accomplish over the last eight-and-a-half years, and that is a true focus on students,” Oliver told the board. “We will continue that effort. I promise you that.”

The search for a new superintendent will begin following the November elections, when the makeup of the board will change. Chairman Terry Frank said previously that the new board should have consideration in the matter.

Frank said the entire board plus community stakeholders will take part in the selection process.

Get our local education coverage delivered directly to your inbox.

The McDowell News received this release from McDowell County Schools on Tuesday, June 14, 2022:

Mark Garrett thanks McDowell County School Board as he readies to depart. Interim announcement coming Thursday

On Monday night, at his final Board of Education meeting as superintendent of McDowell County Schools, Mark Garrett thanked board members for … 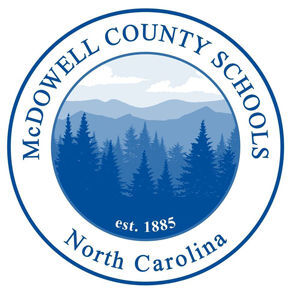 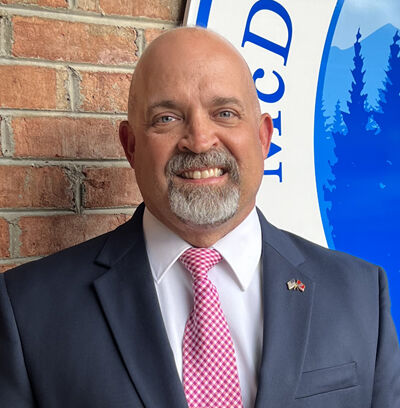