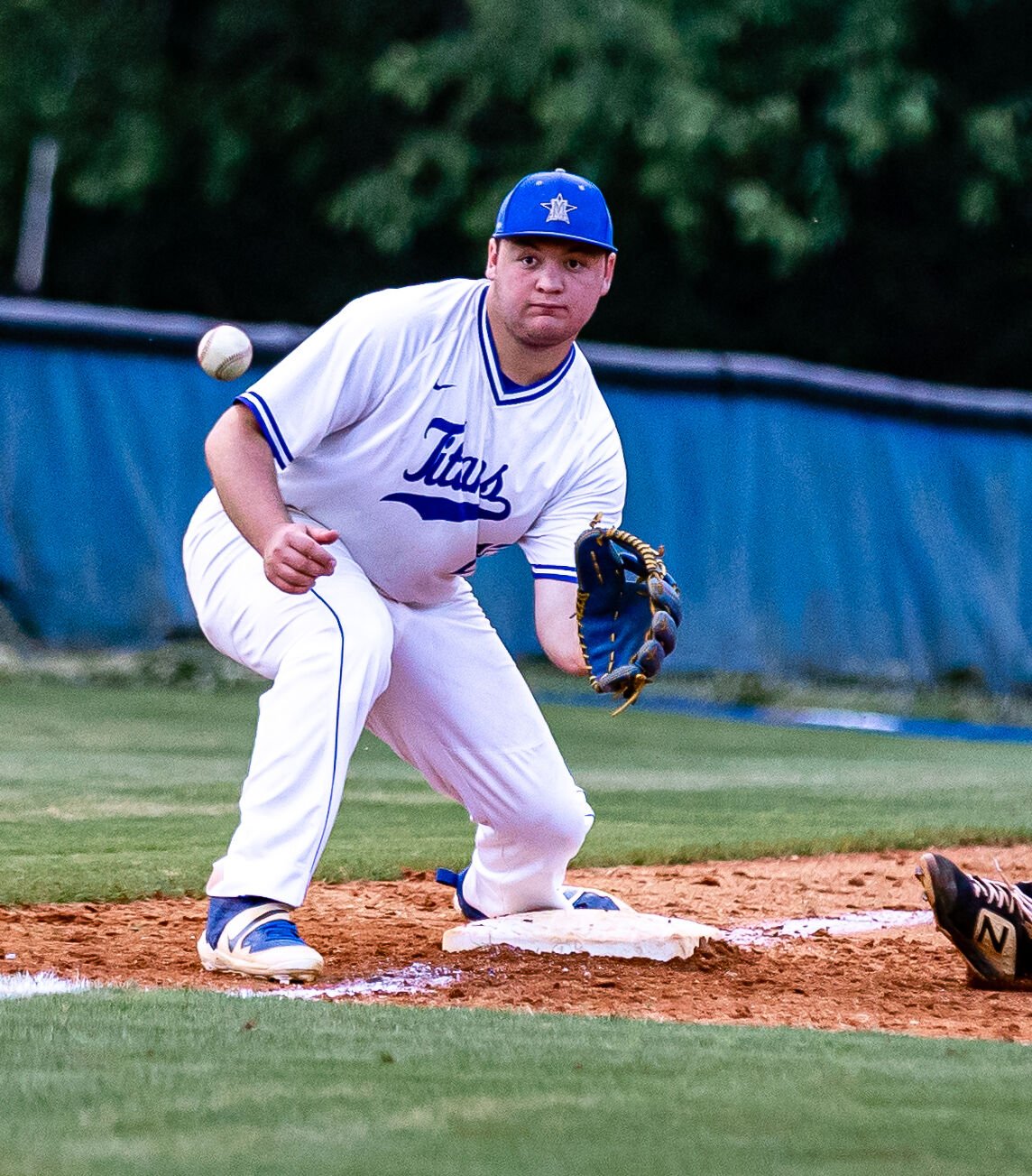 Titans third baseman Benjamin Barnes takes a throw during a recent game. Barnes went 2-for-4 and drove in four runs in a 12-2 nonconference win against Burns on Tuesday. 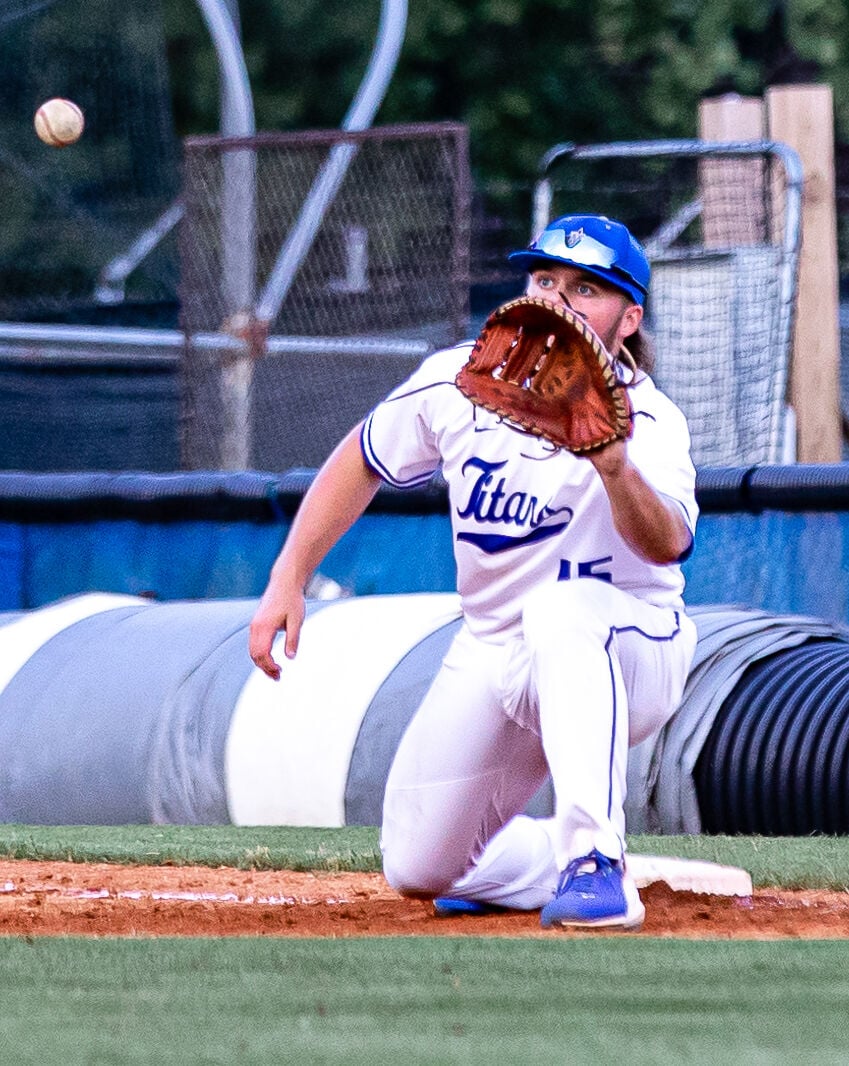 McDowell first baseman Michael Lewis stretches for a throw at first during a recent game.

The momentum on the diamond for the McDowell Titans continues to build as the team extended its winning streak to eight games Tuesday night, thumping the Burns Bulldogs 12-2 in five innings.

In the final nonconference game of the season, the Titans scored early, using a three-run top of the first to gain the early lead.

The Bulldogs, in the second inning got on the board thanks to a two-outm two-run home run from Josh Powell off McDowell starting pitcher Ty Smith to make it 3-2.

But that was one of few opportunities Burns had offensively in the game. The Titans scored two more in the third to push the lead back to 5-2 and then a seven-run fifth blew it open, ultimately forcing the mercy rule after the Bulldogs were retired in the bottom of the fifth.

“I was proud of the team effort we put together,” said McDowell head coach Alex Smith. “Some kids got to play who are not regulars and they contributed for us. Plus, our pitching and defense was solid. With the exception of the home run, we put up some zeros.”

Smith tossed 53 pitches in three innings, allowing two runs on four hits. Powell’s homer was the only extra-base hit allowed in the game. Smith recorded three strikeouts, walked one and hit one batter. Caleb Jimison came in and secured the last two innings, allowing no runs or hits, striking out one batter and walking one. At the plate McDowell accumulated a dozen hits off the Burns pitching staff, and with the help of three Bulldog errors, it was able to put up some crooked numbers. Three Young went 3-for-4, including a pair of doubles, a stolen base and three runs driven in.

Reserve catcher Cole Weaver (1-3) picked up a hit in a starting role on Tuesday. Hunter Sills, while not recording a hit, did score once and drove in one run when he was hit by a pitch with the bases loaded in the seven-run fifth. Chapel Matson (SB) and Logan Duncan also drove in a run apiece. McDowell’s focus now returns to the Northwestern 3A/4A Conference race with three league contests remaining. The Titans are tied with St. Stephens at 8-1 in conference play. The Indians beat South Caldwell 3-0 on Tuesday night to keep pace with the Titans. McDowell is now three games in front of the Spartans and holds the tiebreaker to determine the automatic qualifier for the 4A State Playoffs. McDowell’s game with Freedom originally scheduled for Thursday was moved up to Wednesday. Results were not available at press time. A win would clinch the 4A automatic qualifier outright for McDowell.

McDowell 4, Burns 0 (Jayvees): The Titan jayvees improved to 9-1 with a 4-0 shutout of Burns, winning their eighth in a row.

Titans third baseman Benjamin Barnes takes a throw during a recent game. Barnes went 2-for-4 and drove in four runs in a 12-2 nonconference win against Burns on Tuesday.

McDowell first baseman Michael Lewis stretches for a throw at first during a recent game.