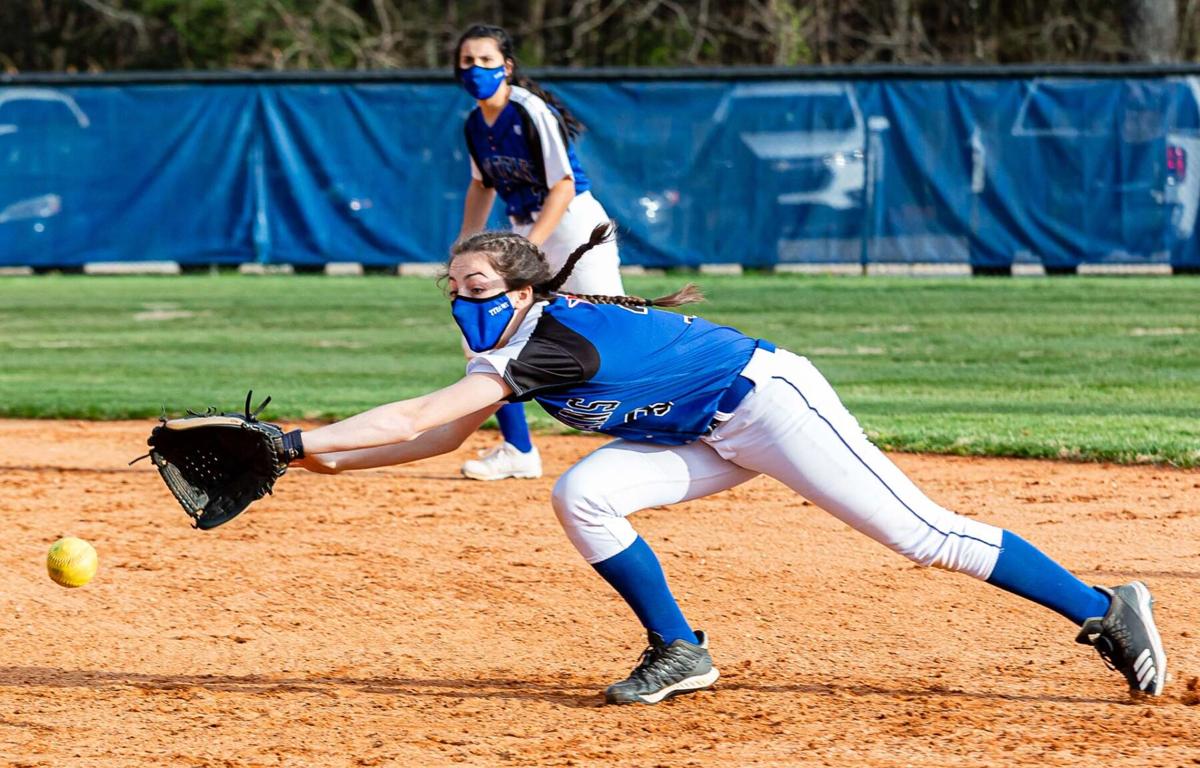 McDowell’s Madi Smith dives for a ground ball during a recent game. The Lady Titans fell to St. Stephens Monday and played at Watauga on Wednesday. 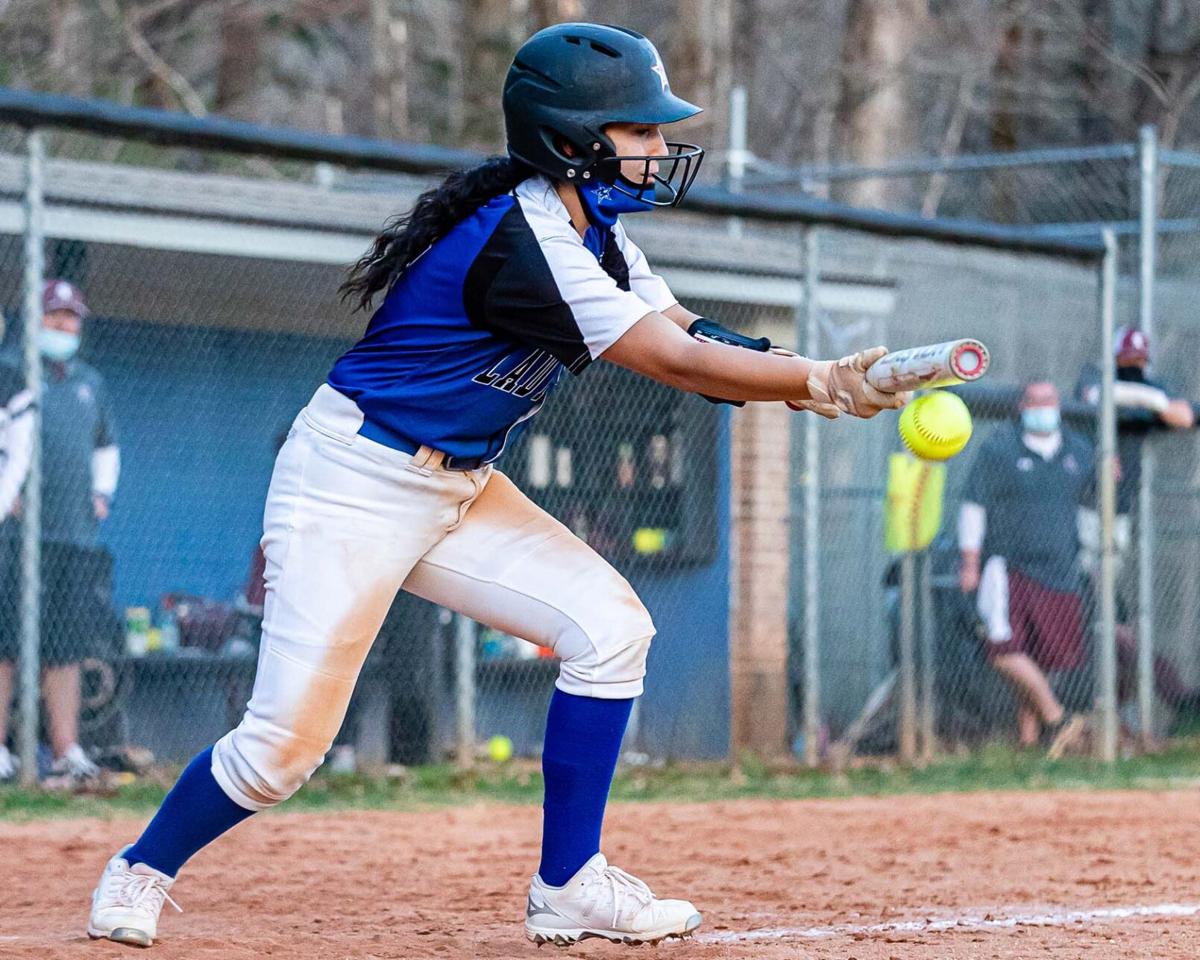 The Lady Titans’ Logan Lilly puts down a bunt.

HICKORY – With the help of a masterpiece from pitcher Mayson Lail, the St. Stephens Lady Indians silenced the McDowell Lady Titans offensively on Monday by a 3-1 score.

Lail was nearly flawless on the bump Monday evening, going the distance and allowing a run and a hit. Lail struck out 13 McDowell batters. She was particularly dominant the first time through the Lady Titans batting order, striking out seven of nine batters faced.

The performance snapped a brief two-game win streak McDowell (3-3) had going in.

St. Stephens pushed across a run in the bottom half of the first. Macy Pennell slapped a basehit to lead off the frame. After a stolen base and a ground out, Pennell scored on an RBI bunt single from Shelby Dale to get out in front 1-0.

The Lady Indians tacked on two more in the third. Pennell singled to left and advanced to second on a fielding error. Sophie Haynor then reached on another McDowell fielding error, this time in the infield, to put two on base. Following a sacrifice bunt from Dale, Zoey Boston increased the St. Stephens advantage to 3-0 on a two-run single to left.

McDowell’s only production of the game at the plate came in the top of the fourth. Jessica Cannon started with the frame by getting hit by a pitch inside. After Cannon stole second, Madi Smith slapped a run-scoring double to left-center, getting the Lady Titans on the board 3-1.

That turned out to be the only hit of the game for McDowell. Gracie Rice popped out to shortstop and Lucy Hames struck out, stranding Smith at second in the frame.

McDowell was not able to mount any more threats after the fourth. Only two balls left the infield the rest of the game as Lail regained command, striking out four of the last nine batters of the game.

The current road trip for McDowell continued on Wednesday at Watauga. Results were not available at press time.

The McDowell Lady Titans wrapped up the tennis regular season with a solid, 5-4 win over Hickory on the road Thursday.

McDowell’s Madi Smith dives for a ground ball during a recent game. The Lady Titans fell to St. Stephens Monday and played at Watauga on Wednesday.

The Lady Titans’ Logan Lilly puts down a bunt.