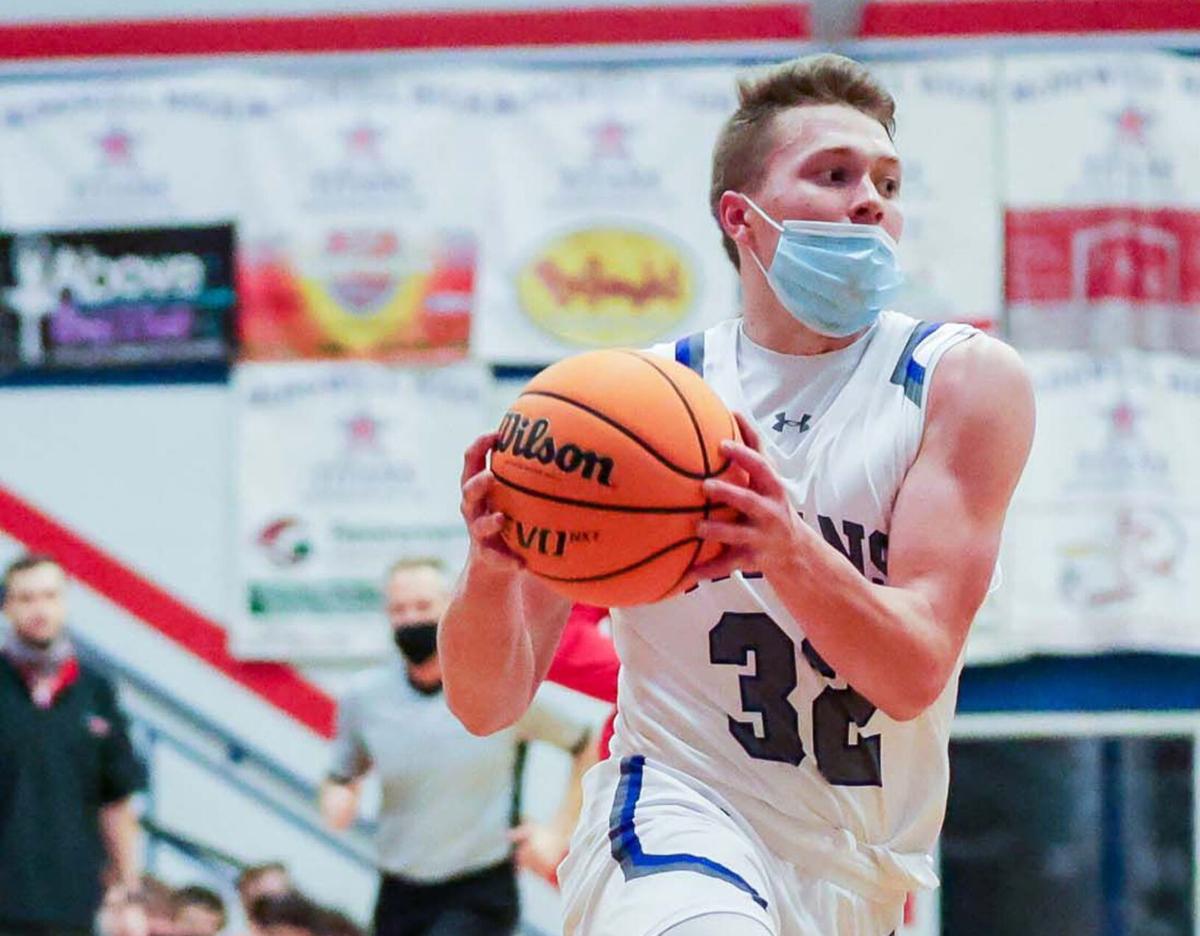 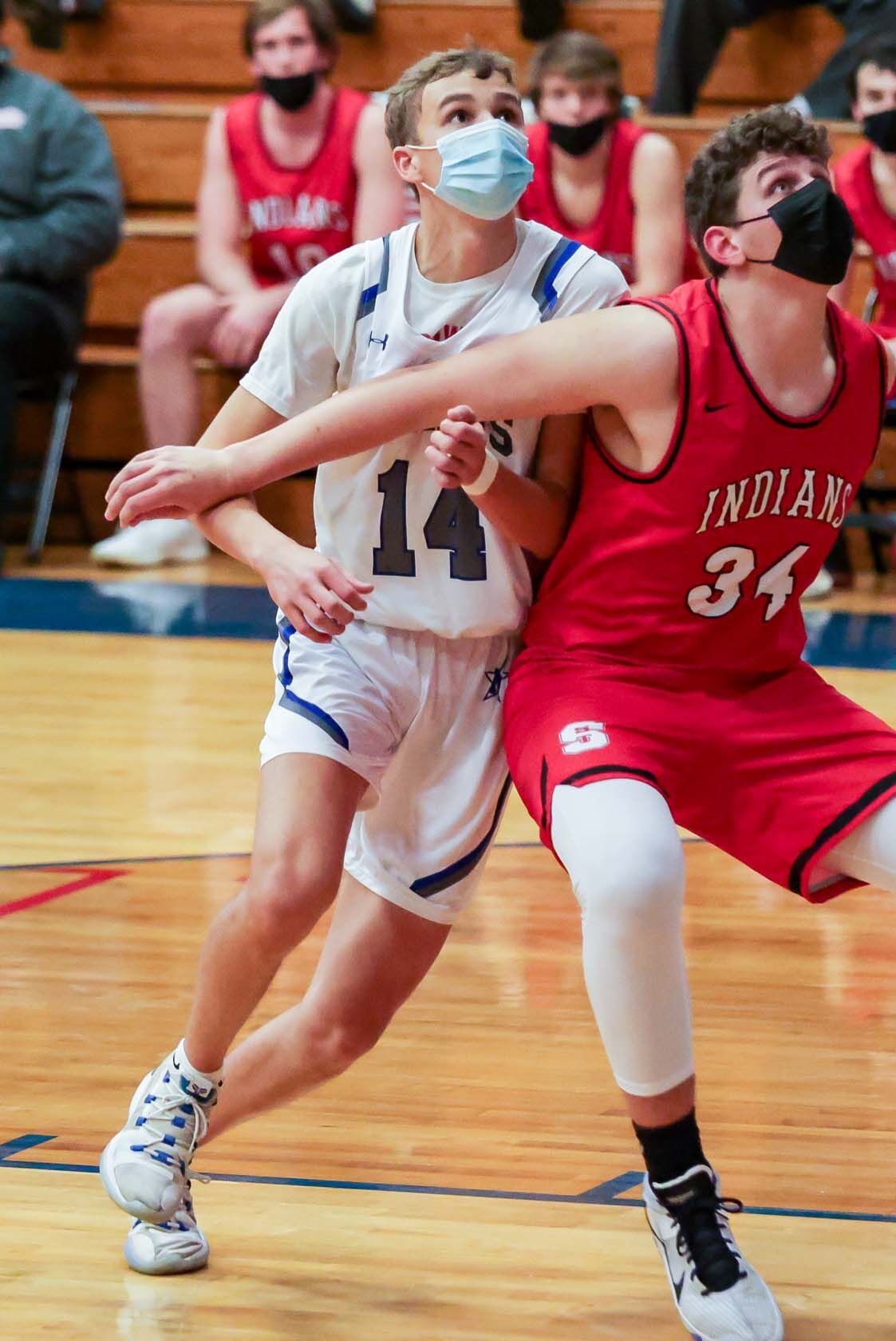 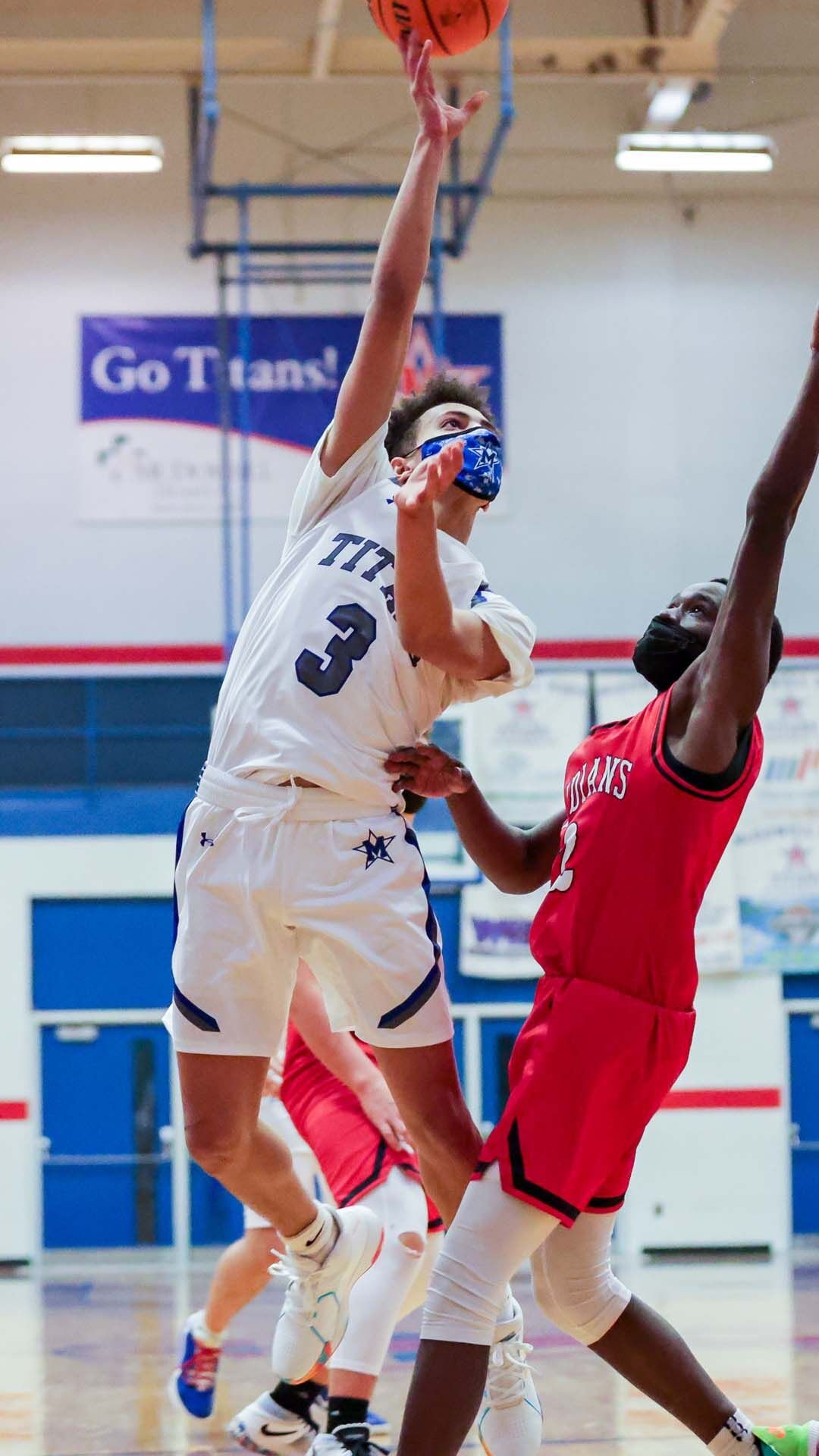 BOONE – For about 30 minutes of game time, it appeared as if the McDowell Titans, for the second straight game, were going to be the victim of some hot hands from behind the arc.

But instead, a strong defensive effort down the stretch allowed the Titans (2-1) to escape Lentz-Eggers Gymnasium with a 68-62 road win over the Watauga Pioneers on Wednesday night.

This contest, like many of the games played in Boone in the history of the McDowell-Watauga series, came down to the wire as the lead on either side most of the night was no more than a couple possessions.

The Pioneers, with the help of eight made 3s in the game, had three players in double figures. Senior guard Bennett Ricker tallied 19 points. Ricker swished on three consecutive 3-point attempts to put Watauga in front 14-9 early in the second quarter, its largest advantage of the game.

After both teams were engaged in a low-scoring affair, things heated up more in the second half.

McDowell’s largest advantage came early in the fourth quarter, 48-41, on a steal and layup by Mikey Queen with 6:51 left in the game. With the game in the balance, Watauga then countered with a 19-11 edge, giving the Pioneers the lead one last time at 60-59 with 1:20 left on a 3 from the corner by Ben Hale.

But Watauga only made one more basket in the final minute as the Titans made defensive stops on three straight possessions.

Trent Lewis scored in the paint for McDowell with 50 seconds left to regain the lead at 61-60. Hale was then fouled on the Pioneers’ next possession, but was not able to capitalize as he missed two free throws.

Mason McPeters grabbed the rebound on the second miss and took off down court, eventually getting fouled. McPeters was clutch at the line and made his two attempts with 35.7 seconds left, extending the Titans lead to 63-60.

The Pioneers (0-3) scored one last time on a bucket by Martin with 14 seconds left.

After a Watauga timeout, Mikey Queen was then fouled on the in-bounds play and made the back end of a double-shot bonus to go up 64-62 with 17 seconds left. After the free throw, Queen then stole a poorly thrown ball in-bounds pass and was fouled immediately. The senior guard made both attempts, pushing the lead to four.

The Pioneers then missed a 3-point attempt on their possession, and Josh Smith corralled the rebound for McDowell to put the game away.

The Titans had an even distribution offensively from three of its seniors.

Smith netted six points and five rebounds. Jandon Robbins and Mason Lamb had five points each. Reserves Max Ledford and Riley Moore had two points each, but more importantly, both were able to provide some productive minutes throughout the game as MHS head coach Brian Franklin implemented five fresh bodies into the lineup on a couple occasions.

McDowell will be on the road today at Alexander Central.

Turning up the heat: Titans find their range, shoot down Spartans

This much has become apparent through the first third of the Northwestern 3A/4A Conference basketball season: Whoever gets hot on a given nigh…

TAYLORSVILLE – When the scoring is  in the 60s or higher, the McDowell Titans are usually on the upper end of the ledger.

Lady Titan JVs too much for South Caldwell

The McDowell Lady Titans, in their 2021 home debut, used a strong second half to beat the South Caldwell Lady Spartans 50-31.

At various points in the 2021 season, the McDowell Lady Titans volleyball team had to navigate around some tall players up front.

McDowell JV teams take it on the chin in Taylorsville

TAYLORSVILLE – It was a rough evening for McDowell High School’s two junior varsity basketball teams on Friday down in Taylorsville.

With the help of three players scoring in double figures, the McDowell Lady Titans earned a 61-50 win on the road at Watauga on Wednesday night.