In honor of Independence Day, The McDowell News is providing unlimited access to all of our content from June 28th-July 4th! Presented by McDowell Technical Community College 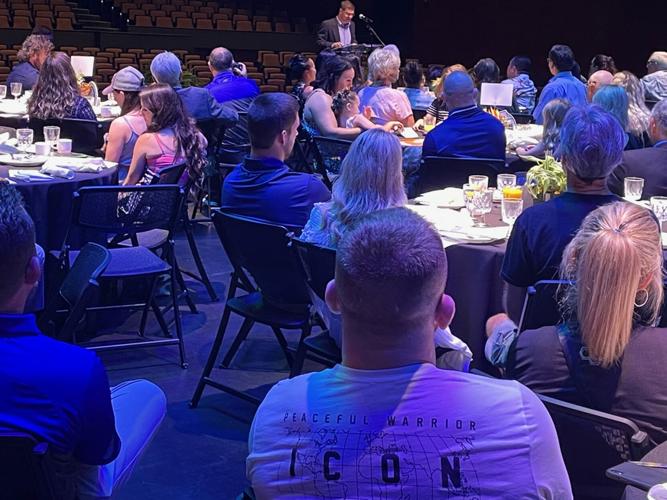 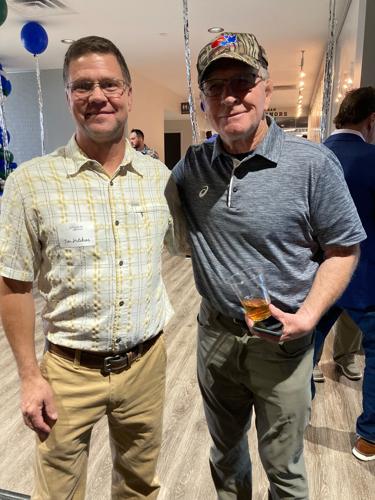 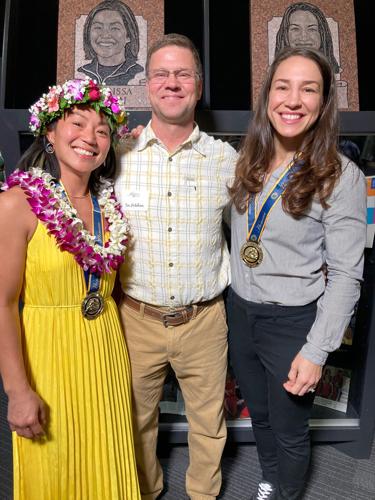 Tim Hutchins stands with hall of fame inductees Clarissa Chun, left, and Sara McMann. This year’s class was the first to include two women. 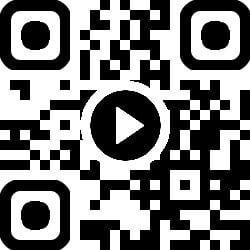 VIEW: To watch Tim Hutchins introduce Sara McMann at the hall of fame ceremony, point your smartphone camera at the QR code, then tap the link.

Tim Hutchins will tell you he isn’t overly fond of public speaking.

The former longtime McDowell High wrestling coach was always adept at speaking to a mat room full of wrestlers, of course, but anything bigger than that and his comfort level decreases sharply.

That’s why he was a bit nervous when one of his former kids, Sara McMann, asked him to speak at her induction into the National Wrestling Hall of Fame in Oklahoma. It would be a room stuffed to the gills with wrestling’s most important figures, perhaps none of them more influential than legendary coach Dan Gable.

Hutchins’ trepidation may have been amplified by the fact his two most recent speaking engagements had come at solemn occasions. In the past year, the coach has eulogized two of his former wrestlers and close friends, T.A. Boysworth and Luis Herrera.

Boysworth, one of the first star grapplers for some of Hutchins’ earliest MHS teams in the early 1990s, passed away last October at the age of 47. Herrera, a 23-year-old soldier, died last month as the result of injuries suffered in an accident involving military vehicles during training at Fort Bragg.

“There was no way I wasn’t going to do that (speak at the funerals),” said Hutchins, his emotions barely restrained. “And I think maybe it helped me. If I could get through those, I could do this.”

Sure enough, he did. Hutchins eloquently introduced McMann, telling the crowd he knew she was special from the first day in the mat room at McDowell High. He started by cracking a lighthearted height joke at the expense of hall of fame referee Rick Tucci, brother of the late Wayne Tucci, a former longtime McDowell Recreation Director and a former MHS head coach.

Hutchins kept it brief, conforming to the hall of fame’s request to keep it under five minutes. “I could tell Sara McMann stories all day,” he laughed.

He could have, of course, and – for a welcome change – all of those stories would have had happy endings.

US coach makes dramatic rescue of artistic swimmer at worlds

Andrea Fuentes prevented a tragedy at the swimming world championships with her quick reaction.

Putting in work: Titans host 7-on-7 in preparation for upcoming season

The McDowell Titans hosted Avery, East Rutherford and Kings Mountain last week in the FCA 7-on-7 at Titan Stadium. The Titans open the season …

Top of the mountain: McMann inducted into National Wrestling Hall of Fame

U.S. swimmer rescued by coach after fainting at world championships

U.S. swimmer rescued by coach after fainting at world championships

Tim Hutchins stands with hall of fame inductees Clarissa Chun, left, and Sara McMann. This year’s class was the first to include two women.

VIEW: To watch Tim Hutchins introduce Sara McMann at the hall of fame ceremony, point your smartphone camera at the QR code, then tap the link.