Democrats' sweeping bill could change how we vote

Rising to the challenge: Titans hoping for reversal of fortunes on defense
0 comments
Share this
{{featured_button_text}}
1 of 3 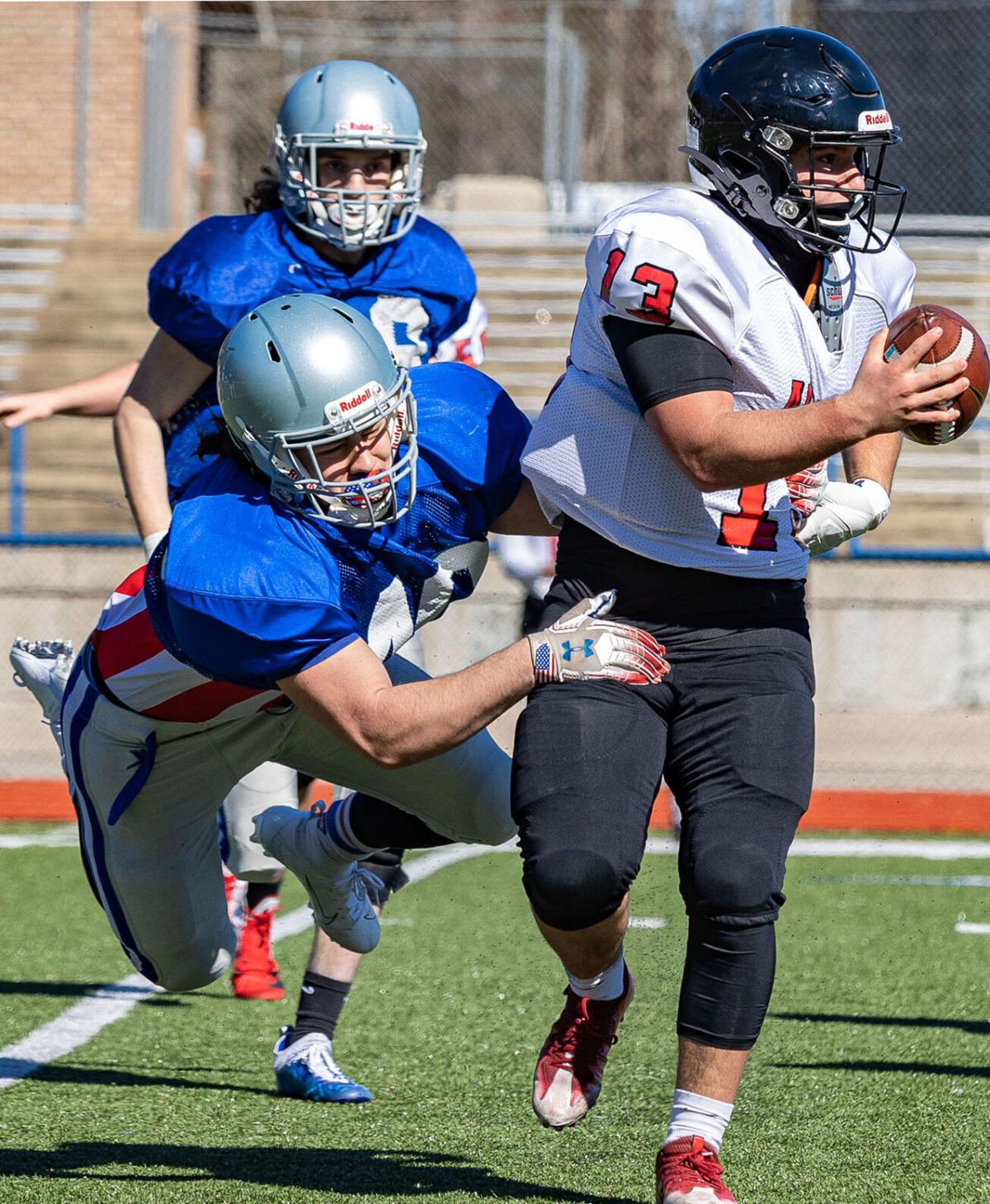 Titans linebacker Jesse Barrier brings down an Avery player behind the line of scrimmage during last weekend’s scrimmage. The Titans open the season at Hickory tonight (Friday). 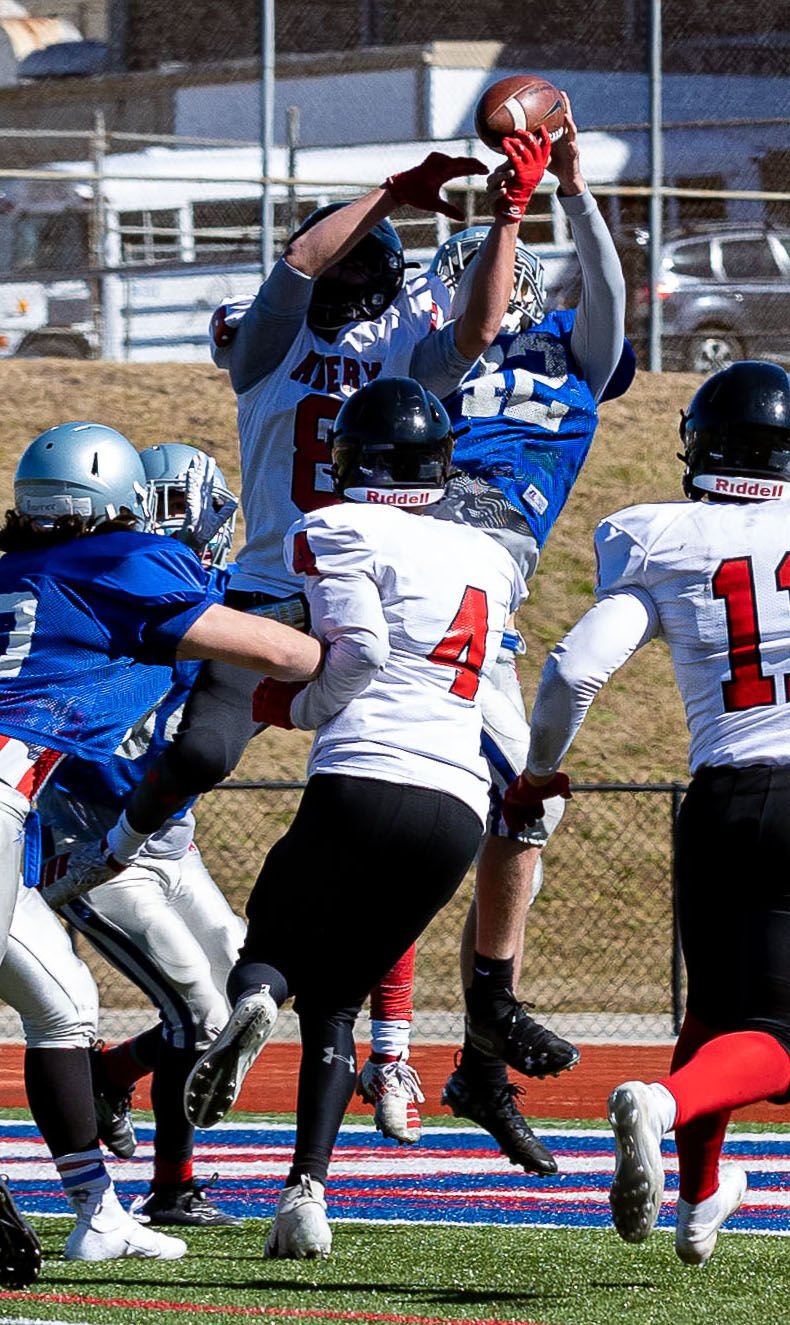 McDowell linebacker Harley Allison, 42, leaps high to deflect a pass during the scrimmage against Avery. Allison led the team in tackles last season and was an All-Northwestern 3A/4A selection. 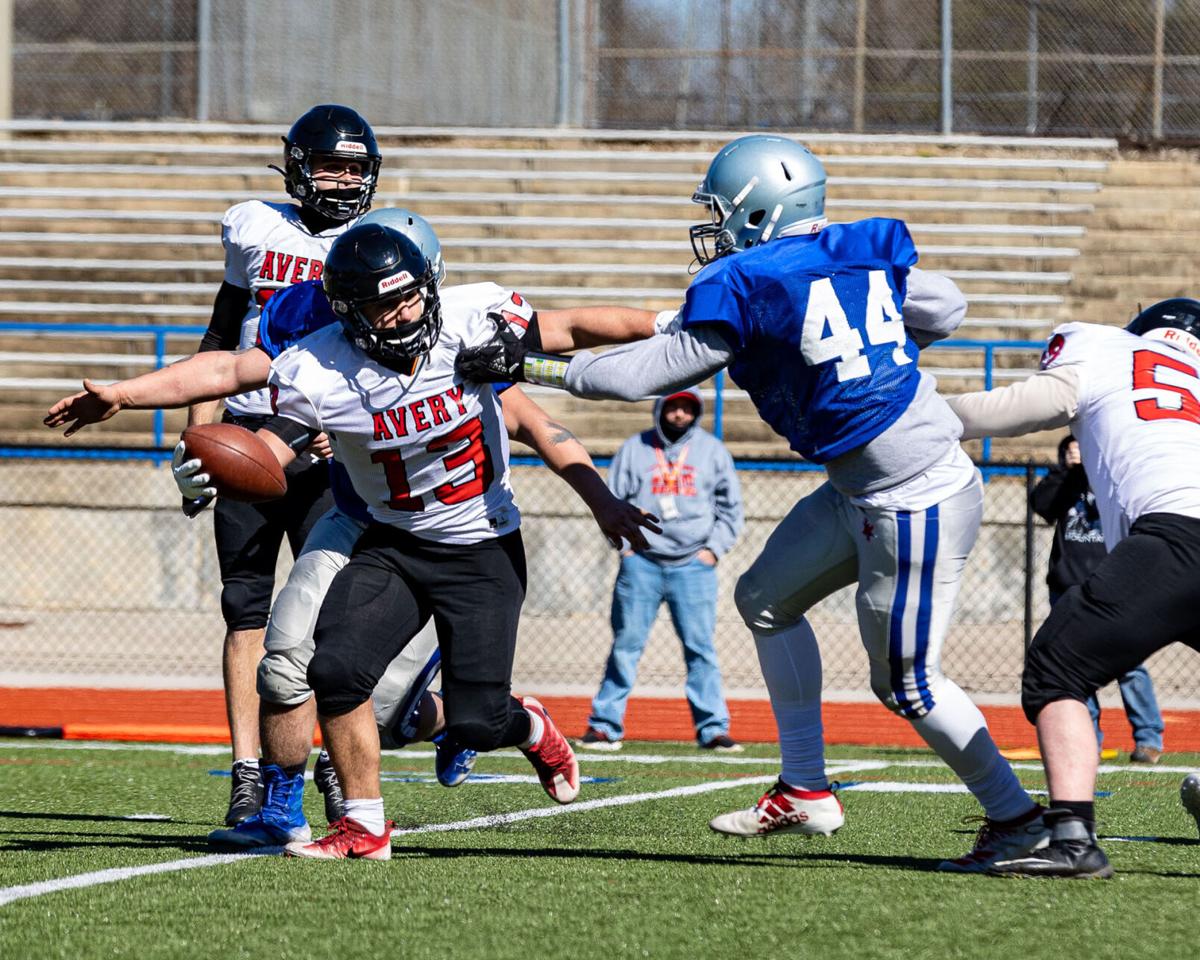 The football teams in the Northwestern 3A/4A Conference run a bewildering variety of offenses – everything from run-based, wing-T attacks to the spread to the flex-bone.

In order to successfully defend against all those looks, you have to put a versatile defense on the field. That’s exactly what the McDowell Titans plan to do this spring in the unconventional, COVID-shortened season.

While relying mostly on a four-man front, the Titans have the ability to shift into other sets based on the opponent.

“Being in this league, we’ve got such different groups from one week to another, going from a spread team to an I team and we’ve got a wing-T team and a flex-bone team in Watauga, and then an I and spread, whatever the new coach brings at Freedom, so we have a lot of different offenses we’ve got to line up against,” said defensive coordinator Keith Styles.

“We’re really a 4-3, cover-2 base, two high safety team, but we evolve into a cover-3 team against over half of our opponents. But we’re intending on playing a lot more cover-2 than we have in the past, but that really depends on our opponents. We’ll bounce into a 3-4 during passing situations, but we’re still usually bringing a fourth person. That will be similar to the last couple of years.”

What may not be similar this time are the numbers opposing offenses are able to put up against the Titans. McDowell doesn’t have an overwhelmingly physical or experienced defense, but the coaching staff is convinced they’re much better than they were a year ago when they allowed 37.9 points and 400 yards of offense per game.

Those numbers are a bit deceiving. Granted, there were several opponents (Alexander Central, Watauga, Mitchell) who destroyed the Titans up front and ran the ball at will. But McDowell kept half its 10 foes to 330 or fewer total yards and competed well along the line of scrimmage in those contests.

“We had people in the right spots,” said head coach Darrell Brewer. “We just couldn’t tackle. We got out-gunned a few times, but we had some good games on that side of the ball, too.”

In was unquestionably a foundation on which to build.

Much of the optimism centers on a returning trio of starting linebackers – the team’s top three tacklers from a year ago – two of whom were All-NWC selections.

All-Conference choice Harley Allison led the team with 77 solo and 113 total tackles. He also led the club in forced fumbles with three. Allison picked off one pass, which thwarted an East Burke comeback attempt in the fourth quarter of McDowell’s only win. Allison will play the ‘sam’ (strong side) position.

Fellow senior and all-conference performer Jacob Pearson, the ‘will’ linebacker, returns as well. Pearson was second on the roster with 81 tackles, 59 of them solo. He tied for the team lead in tackles for loss with four, and added two caused fumbles, a fumble recovery and an interception to his impressive list of stats.

Blackwelder, a junior middle linebacker, made 61 stops a year ago, including 37 solo tackles. He tied for tops on the team with two fumble recoveries and made one tackle for loss.

“That’s the most experienced linebacking crew we’ve had in a while,” said Styles.

Junior Jesse Barrier is a solid backup at all three linebacker positions, and senior Judge Norwood will help as well.

Up front, the Titans lost several starters from last year’s unit, but Styles said the defensive linemen have drastically improved as a group.

“The d-line is much, much, much improved,” he said. “And we didn’t play bad on the interior last year. Our ends had no experience.”

As always, figuring out who will start on the defensive and offensive lines is a process that is nowhere near settled at this point.

Junior James Day has been impressive in the early going. He is much bigger (5-11, 240) than last year and is a throwback player with his physicality. Junior Riley Presswood (5-11, 270) has also stood out in practice, but will be expected to play voluminous reps on offense. Seniors Jaret Maynor and Biddix will also play, but again, the offense/defense balance is a work in progress.

Sophomore Dawson Bartlett can line up as a defensive end or an outside linebacker in the 3-4 and has made an impact early. Juniors Jake Marsh (6-2, 215) and Jeremiah Ellis (6-3, 225) also figure to play big minutes at defensive end.

In the defensive backfield, there should eventually be a number of options available, but those positions have been impacted by a round of COVID-19 that swept through the Titans’ basketball program, impacting both varsity and jayvee players.

There are some experienced players in the secondary, however, including seniors Riley Moore, Seth Baird and Bryson Effler, and juniors Preston Dennison and Evan Grigsby. Sophomore Blake Boswell also will help.

Baird, pound-for-pound the strongest player in the program, made 43 tackles a year ago and had one interception. He’s also the team’s placekicker and punter (Baird went 11-for-13 on extra points and punted 33 times for a 33.5 average).

Dennison made 43 stops and caused one fumble. Effler led the team with two picks and added 31 tackles.

“Our secondary is really thinned down, so it’s hard for me to tell you who the starters would be,” Styles said. “We’re nowhere near where we would be with a regular offseason.”

Still, it’s easy to see why there is reason for Titan fans to be cautiously optimistic. In all, the Titans bring back six of their top seven tacklers from last season.

“We’re optimistic, but we’re really going in blind,” said Styles. “We’re not where we need to be, but I don’t think anybody’s where they need to be right now. A lot of the kids we think are starters we still have a lot of question marks about. We’ve got a lot of kids on the team, but we’ve still just got one or maybe two per position that have any experience.”

Now, it’s just a matter of keeping the novel coronavirus at bay and the players on the field where they belong. A single positive COVID-19 test means an automatic, 14-day quarantine from practice and games.

“We’re pretty optimistic, as much as we can be for the fourth time we’ve had to stop and start,” said Styles. “It’s been frustrating to try and keep some consistency. It’s still on a day-to-day basis whether we’re going to get to practice or not. You mask up all day and control all that stuff, and you still can’t control what they do off campus. It’s frustrating, but we’re trying to do the best we can with it, and everybody else is having to do it too.

“Everybody’s going through it, and we’re just trying to get through it the best we can. The kids have done really well. We ended up getting most of our kids back, plus a few, when it really looked imminent that we were going to play.”

There’s little doubt the Titans will be more competitive on the defensive side of the ball this season, however long it happens to last.

Absolutely nothing has been normal about the 2021 high school basketball season in North Carolina, and for the McDowell Titans, that includes …

Titans linebacker Jesse Barrier brings down an Avery player behind the line of scrimmage during last weekend’s scrimmage. The Titans open the season at Hickory tonight (Friday).

McDowell linebacker Harley Allison, 42, leaps high to deflect a pass during the scrimmage against Avery. Allison led the team in tackles last season and was an All-Northwestern 3A/4A selection.