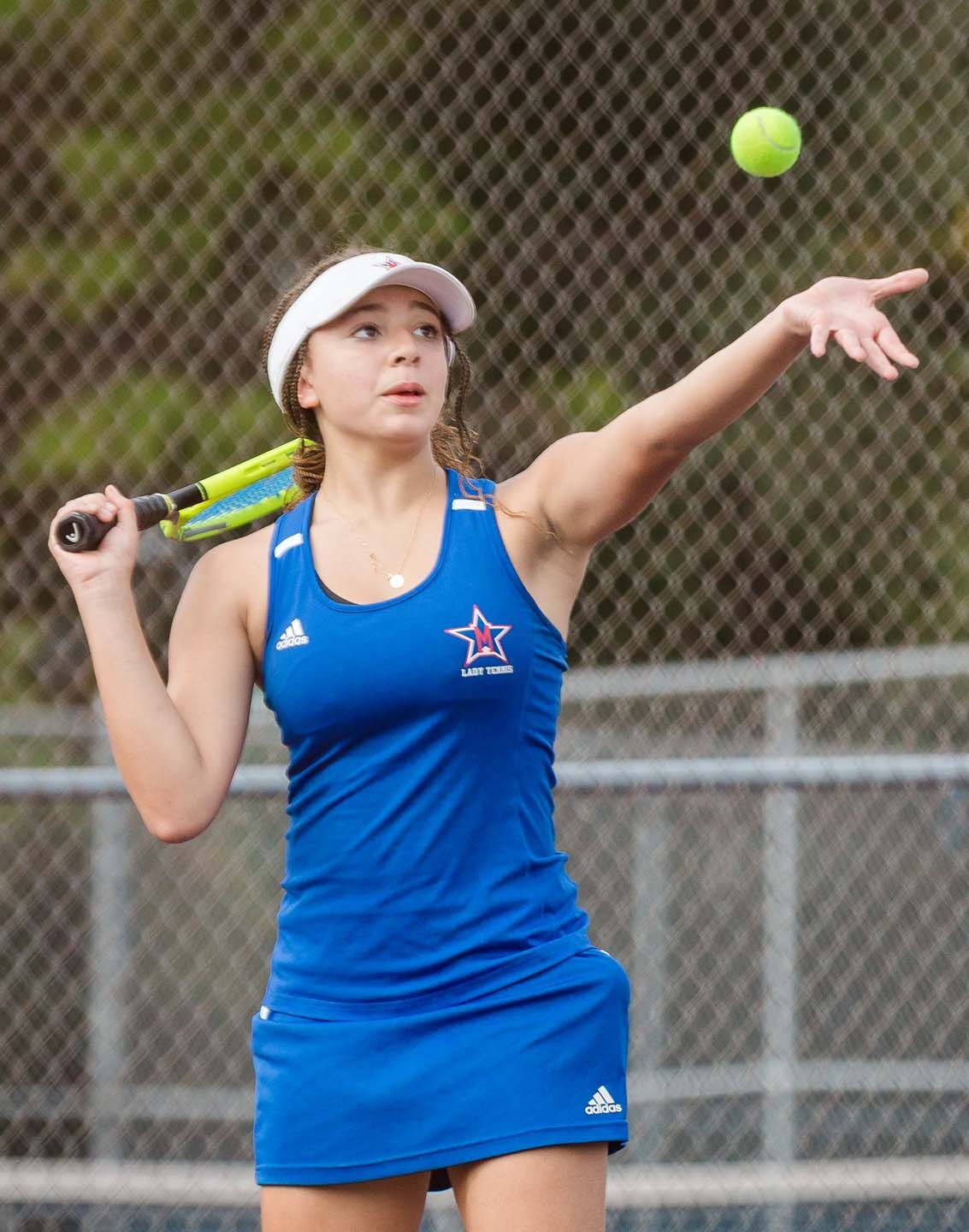 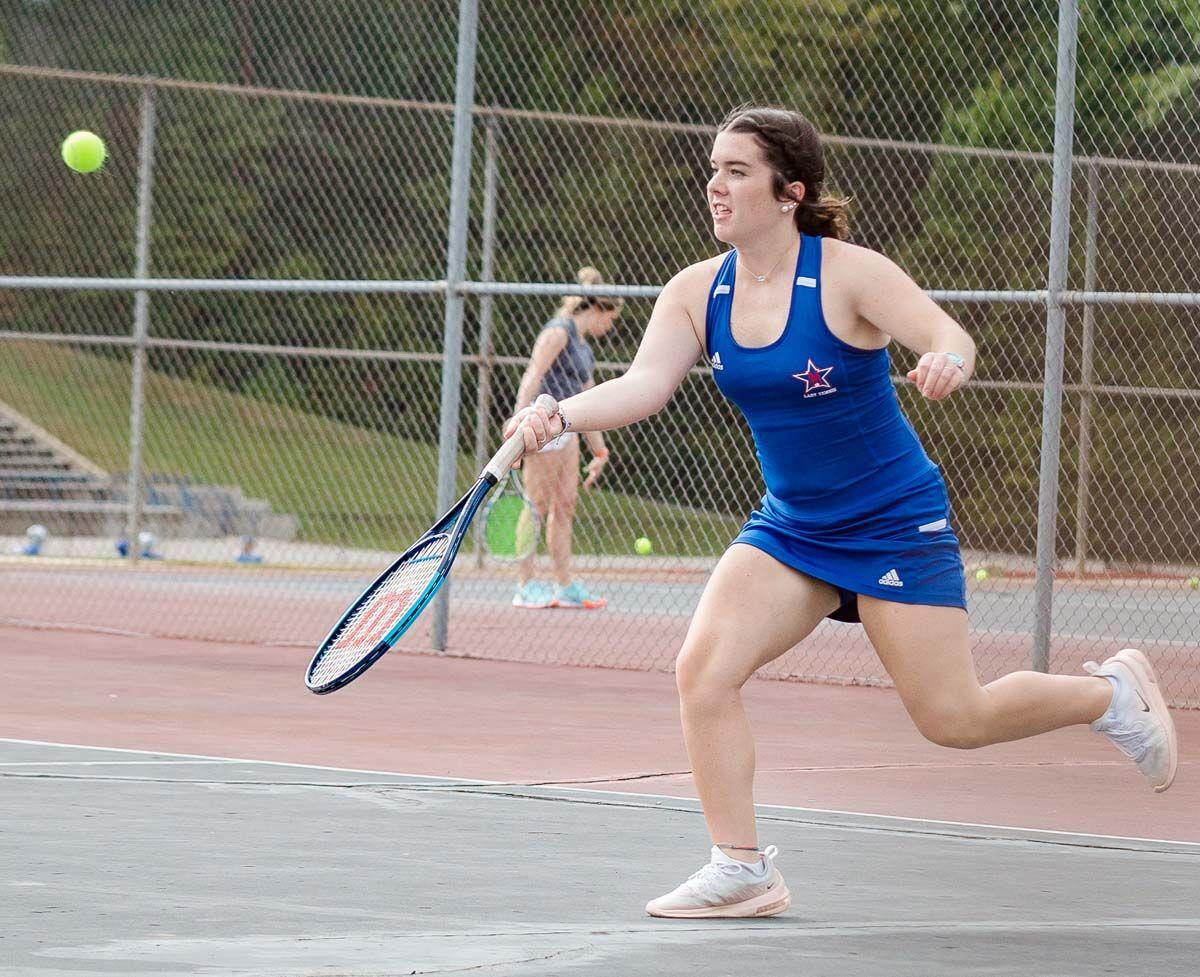 McDowell's Stella White charges toward the ball during a recent match.

The McDowell Lady Titans tennis team finished its 2021 regular season this week with a pair of league losses to Erwin and A.C. Reynolds.

Erwin 5, McDowell 4 (Monday): The Lady Titans had their best outing of the season against the Warriors but came up a match short.

Everything else went the Rockets’ way.

Bella Todd and Leah Liberty teamed up to defeat White and Young 8-6 in the other doubles match.

The Erwin Warriors have been one of The Mountain 3A/4A Conference’s most enigmatic teams all season. But Friday, it was the McDowell Titans wh…

Braves vs Astros: A World Series six decades in the making

Sure, many pro baseball fans might not be thrilled to see either team make the series. Read on to find out why. But Atlanta toppled the 106-win Los Angeles Dodgers to win the National League pennant. See the highlights.

Stonebridge Golf Club in Monroe was the home of the 4A West Regional in Women’s Golf on Tuesday afternoon, and McDowell High golfer Ashton Kir…

It wasn’t long after Winston-Salem State’s final home football game Saturday that the guardrails used for NASCAR racing at Bowman Gray Stadium went back up.

McDowell's Stella White charges toward the ball during a recent match.