McDowell County Schools: Investigation into a reported racial remark by a teacher is underway.

McDowell Titans junior tight end Jeremiah Ellis signals after a McDowell touchdown in a game this season. Ellis was named to the All-Mountain 3A/4A Conference team. 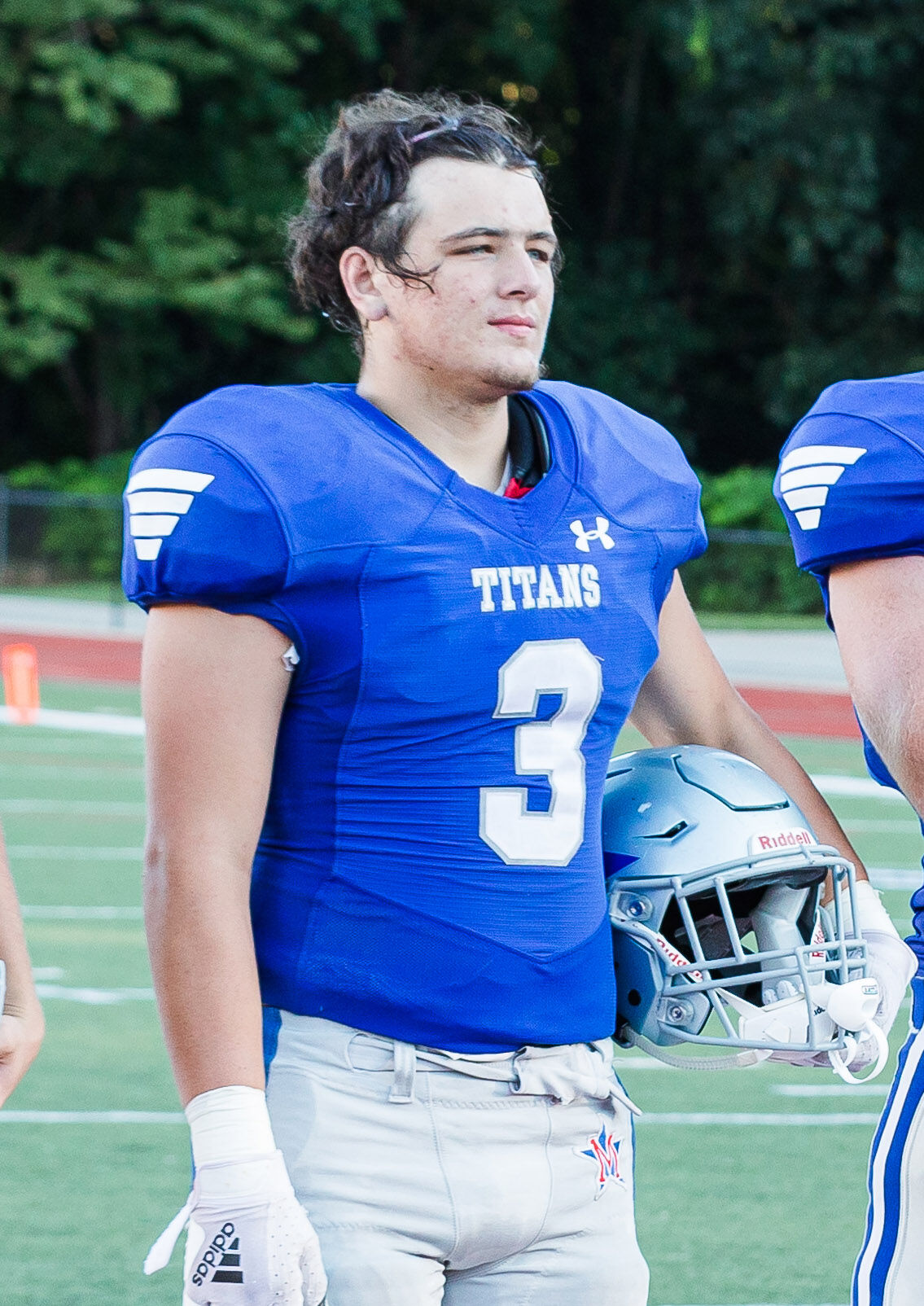 McDowell linebacker Grayson Blackwelder was named to the first team. 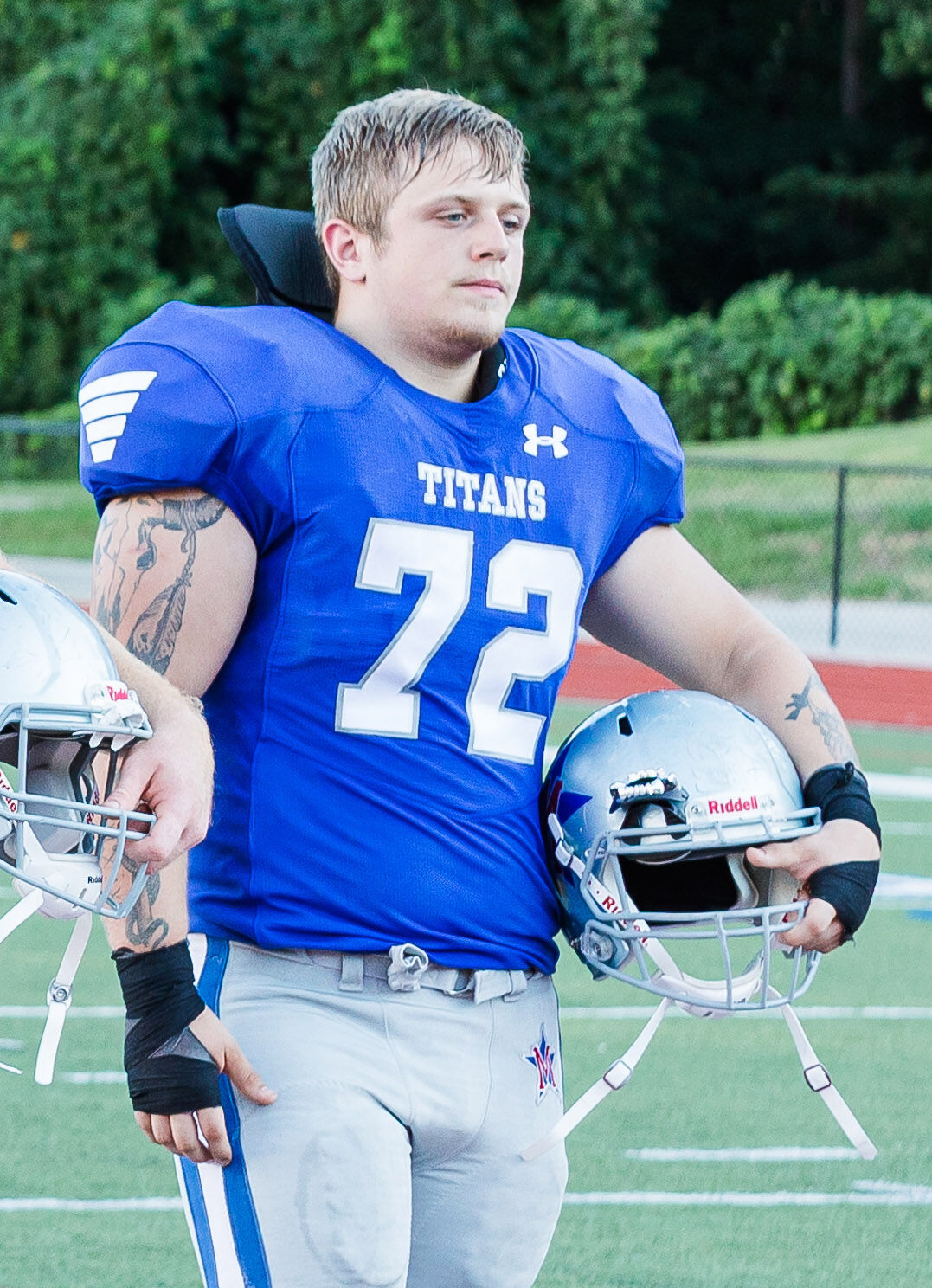 Three Titans were named to the first team, with four earning second-team status. Three McDowell players made all-conference for the second consecutive season.

Blackwelder, Day and Gabe Marsh made their second straight appearances on the all-conference team. All three made the All-Northwestern Conference team during the COVID-shortened spring season, McDowell’s last as part of the NWC.

Blackwelder, the team’s emotional leader, led the 5-4 Titans in tackles, making 61 stops, 37 of them solo. He was tops on the team in tackles for losses with 11 despite missing the final game of the season with a shoulder injury. Blackwelder finished his outstanding three-year varsity career with 206 tackles, 130 solo stops, 14 tackles for losses, two fumble recoveries and two interceptions.

Day was a menacing physical presence at right guard despite missing a game with a broken finger. The 5-foot-10, 205-pounder played mostly on offense this season after doing double-duty in the spring, and helped the Titans average 297 yards of offense per game. He still managed 15 tackles on defense to go with one tackle for loss, one sack and a caused fumble.

Ellis, a 6-foot-3, 230-pounder with a remarkable set of hands, was the Titans’ leading receiver. Ellis caught 19 passes for 269 yards and two touchdowns, despite opponents paying special attention to him after seeing him on film in the Titans’ first few games.

Despite being drastically undersized at 5-foot-10 and 180 pounds, Barrier was one of the team’s most effective and consistent offensive linemen all season. Barrier also spent some time at defensive tackle, making nine stops, two of them for losses. He also had a sack and a caused fumble.

Gabe Marsh, a steady, two-year starter at quarterback, went 75-of-131 passing (56%) for 943 yards and five touchdowns with eight picks. He also ran 57 times for 147 yards and six more scores. In his three seasons with the varsity, Marsh finished 124-of-238 for 1,569 yards – good for tenth place all-time among Titan QBs – and nine TDs with 15 interceptions. He also ran for 270 yards and six scores on 112 carries. Marsh’s 280-yard effort in a win over Avery was the fourth best single-game output in school history.

Jake Marsh, a 6-foot-2, 220-pound powerhouse, led the Titans in quarterback sacks for the second season in a row with two. He finished third on the team with 42 tackles, 31 of them solo, and was tied for second in tackles for losses with five.

Summey, a 6-foot-3, 170-pounder who emerged as a standout in the defensive backfield late in the summer, kept up his solid play all season. Summey led the Titans in interceptions with three and tied with Jake Marsh for second with five tackles for losses. Summey finished with 31 tackles, including 18 solo stops. He also added a quarterback sack and a caused fumble.

Junior quarterback Khalil Conley was named Offensive Player of the Year. Conley was 76-of-130 passing for 1,464 yards and 22 touchdowns with just three interceptions. He also ran for 550 yards and five more scores on 77 carries.

Asheville’s Cort Radford was named Coach of the Year after leading the Cougars to a perfect conference record and a 9-3 overall mark. The Cougars advanced to the second round of the State 4A Playoffs before falling 13-12 to Mallard Creek on Friday.

NOTE: McDowell’s only other athlete to earn all-conference honors in the fall sports was Lady Titans golfer Ashton Kirkland. The senior placed sixth in the conference championship tournament and earned her third trip to the West 4A Regionals. The boys' soccer team has not been released.

Down to the wire: East McDowell takes 2 close ones from West in middle school hoops

Paul Sullivan: The grudge goes on forever — at least when Scottie Pippen is the grudge holder

Greeting the season: McDowell basketball teams getting ready for 2021-22 season

Practice is in full swing for the 2021-22 high school basketball season. Photographer Josh Davis captured these images of some early season pr…

McDowell Titans junior tight end Jeremiah Ellis signals after a McDowell touchdown in a game this season. Ellis was named to the All-Mountain 3A/4A Conference team.

McDowell linebacker Grayson Blackwelder was named to the first team. 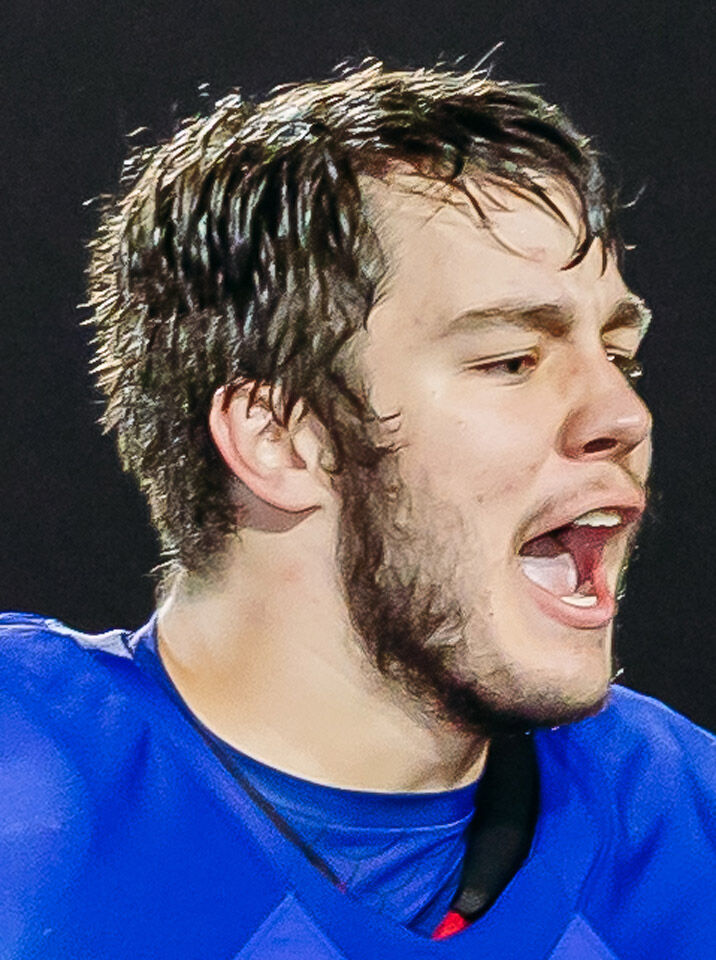 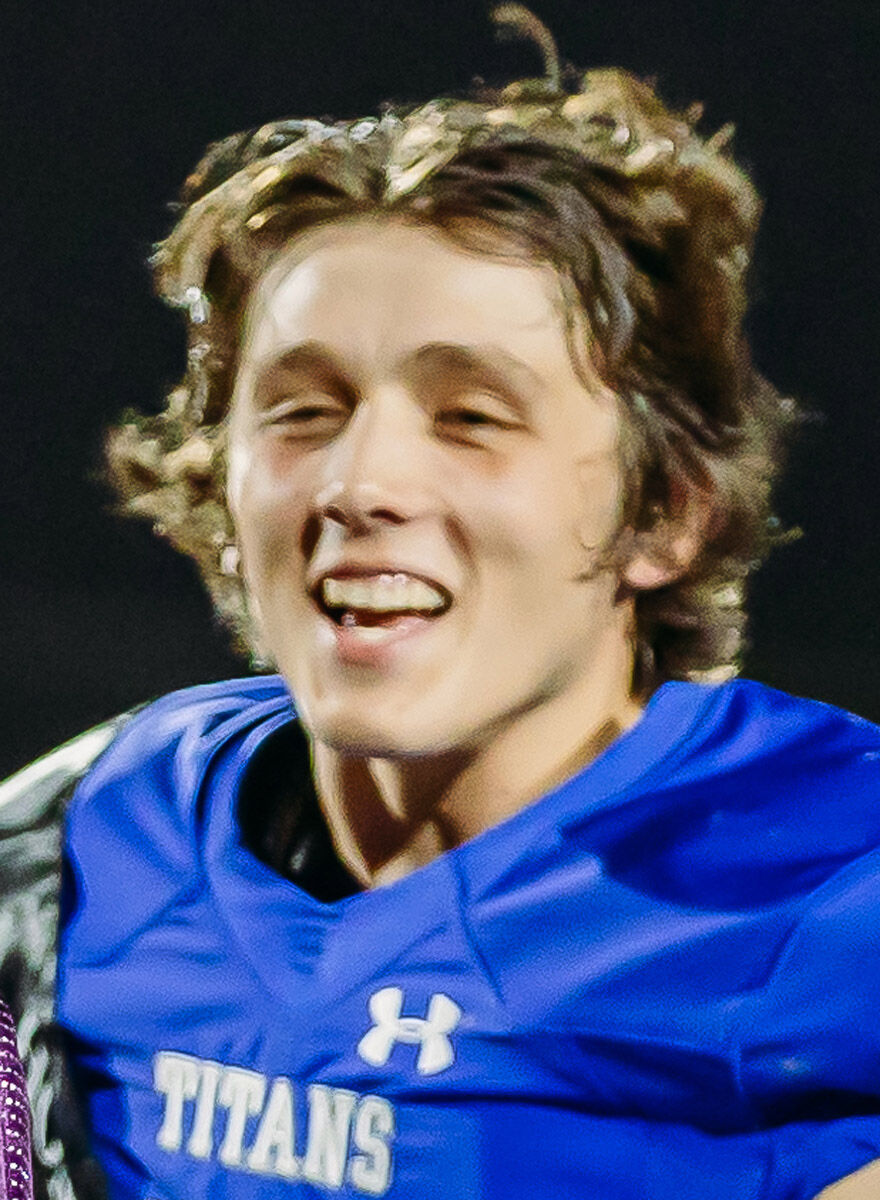 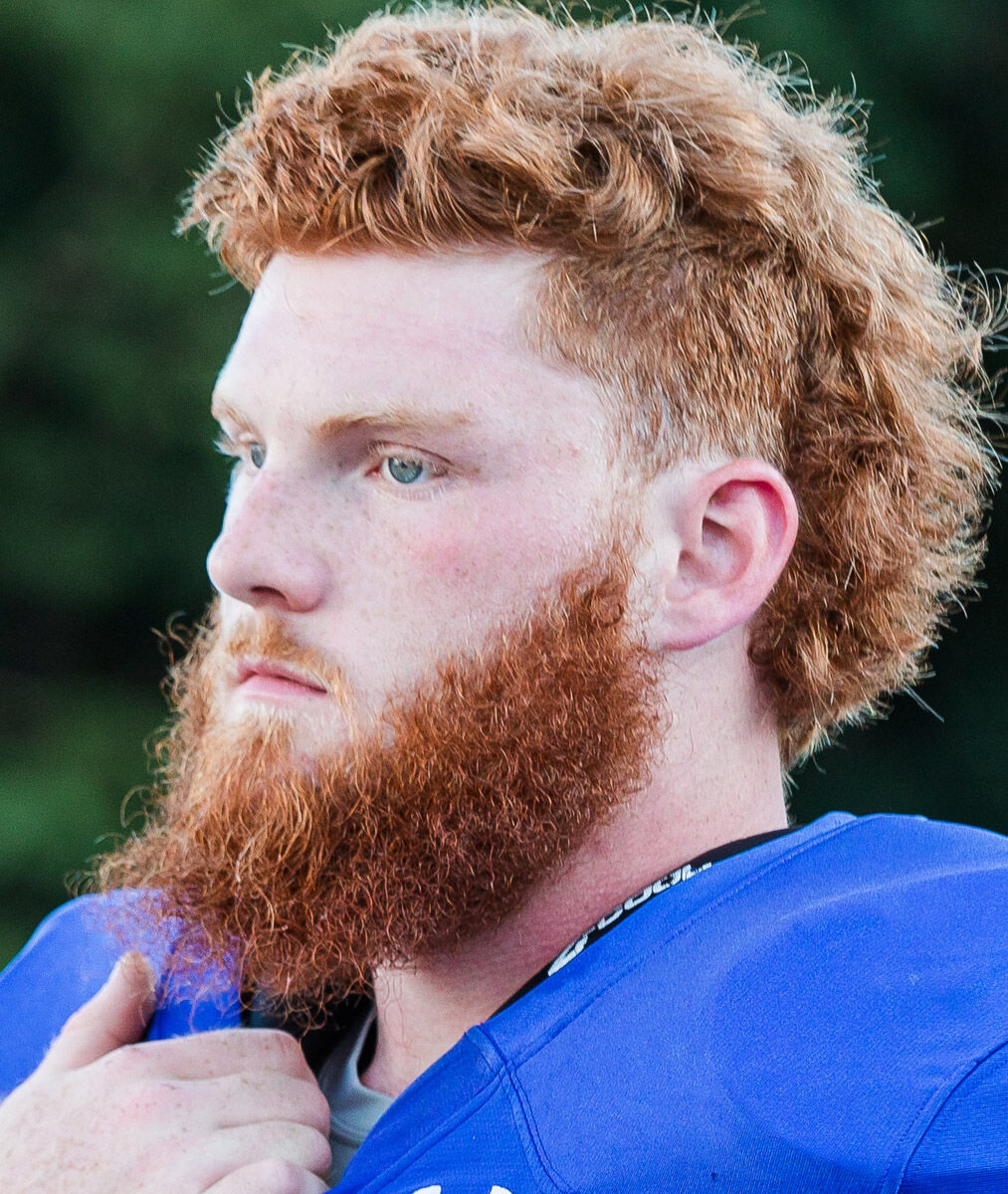 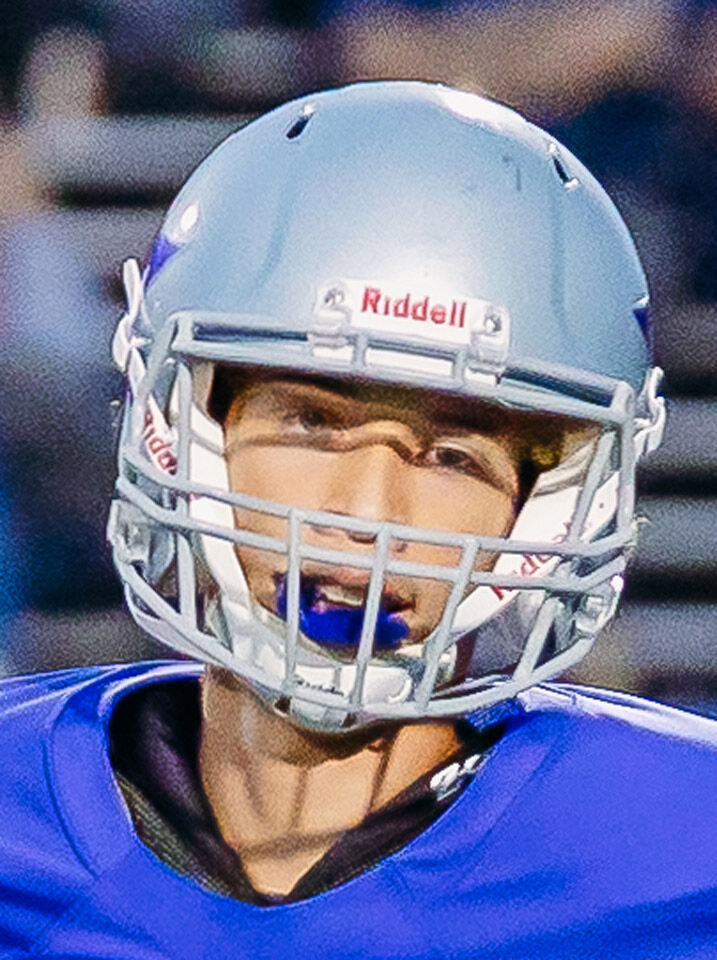