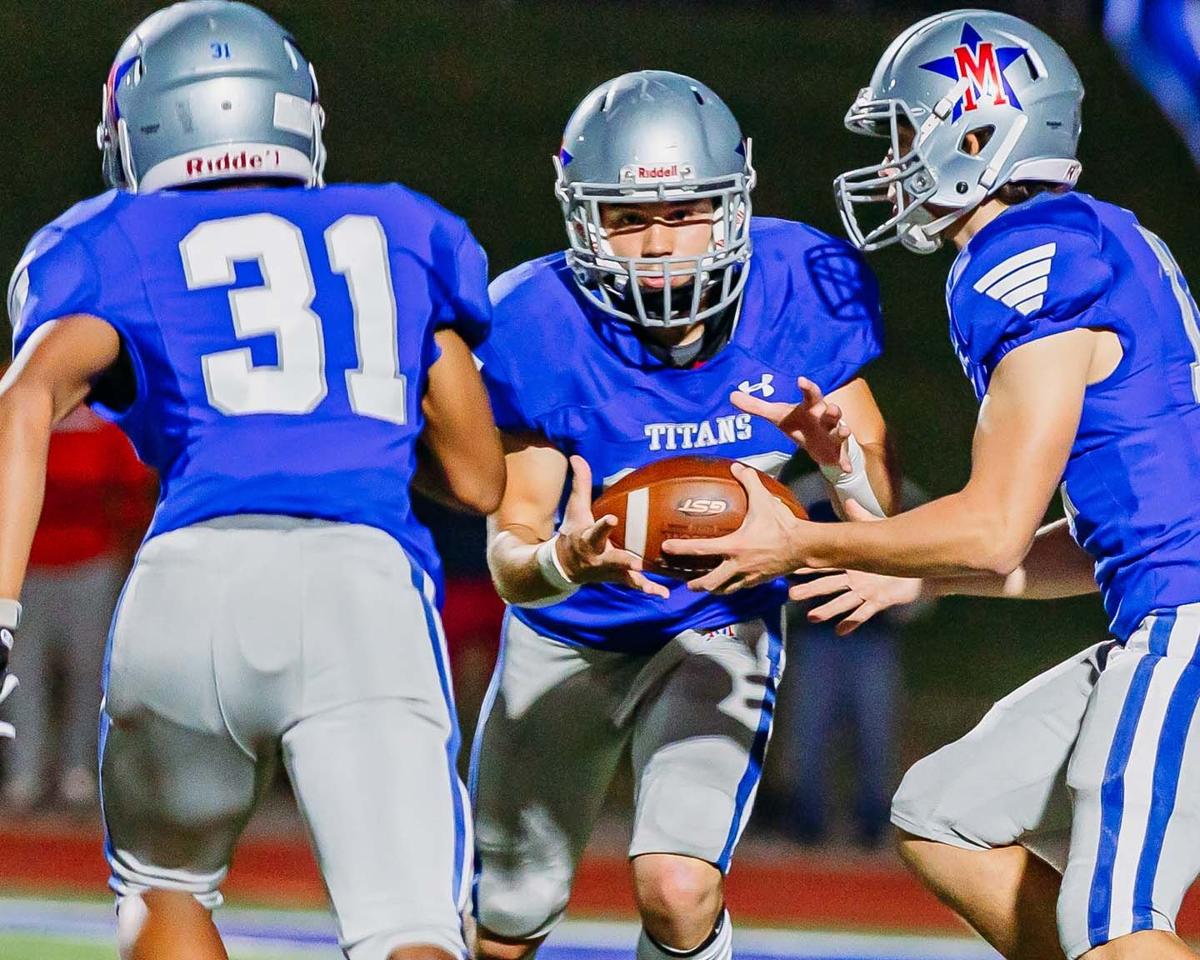 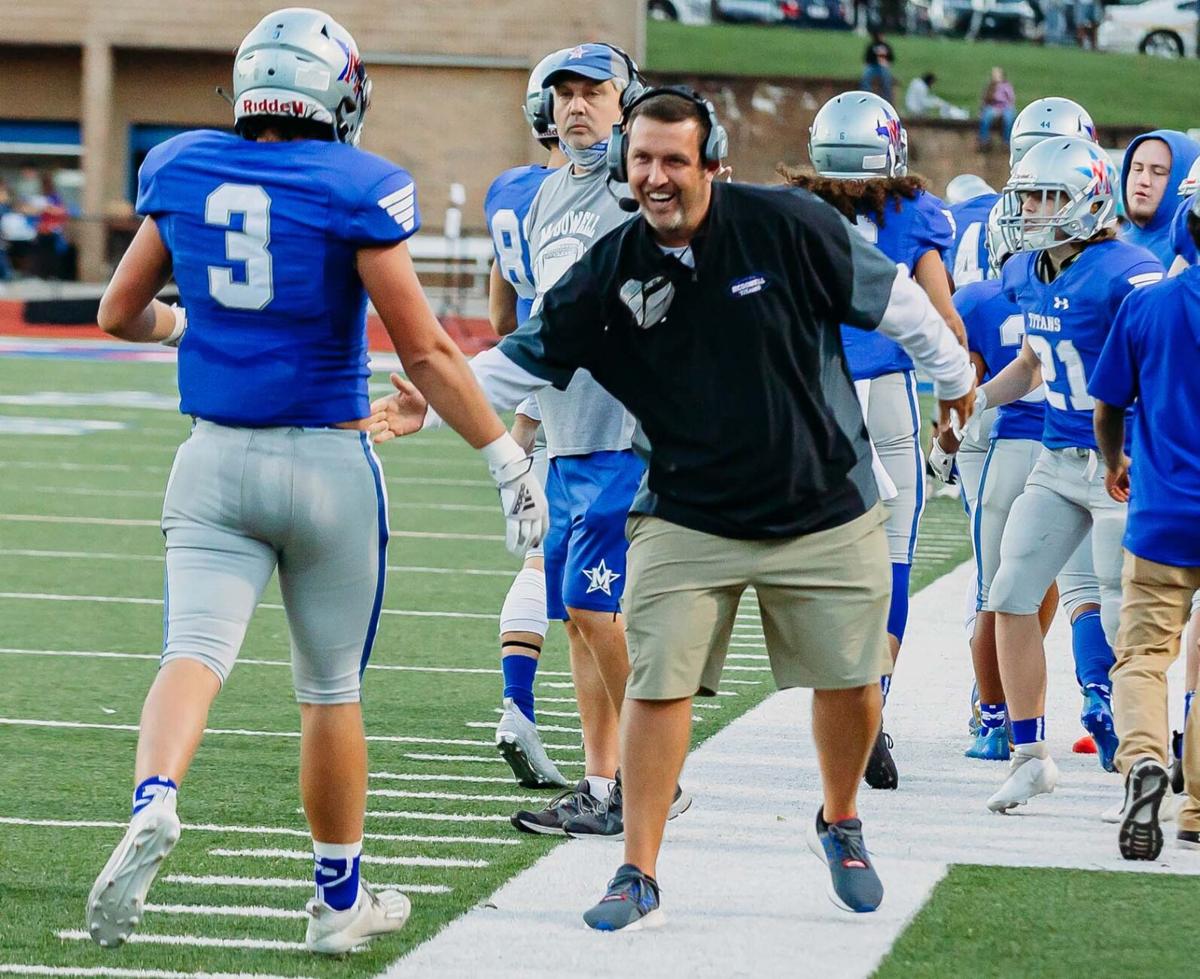 WEAVERVILLE — It seems like in recent history that nothing comes easy for the McDowell Titans.

That changed in a big way on Friday night, as the Titans ruined North Buncombe’s homecoming with a thoroughly dominating 53-13 win, bouncing back in a big way from last week’s nonconference loss to Chase.

It took all of about 30 seconds of game time to see which way the pendulum was going to swing as McDowell (4-1 overall, 2-0 The Mountain 3A/4A) scored the first 16 points of the game and never took the foot off the gas.

The winless Blackhawks (0-5, 0-3) scored one time late in the first quarter and had the chance to crawl back in the contest, but 30 unanswered points the rest of the half by the Titans salted this one away pretty early.

For a program that has been on the opposite end of the spectrum before, third-year head coach Darrell Brewer was appreciative of being the aggressor on this night.

“That’s the first one we have had like that since I’ve been here,” said Brewer. “You could sense that everyone was relaxed and ready to go, and I thought the boys really played hard.”

The tone was set in the trenches for McDowell as the team accumulated 211 rushing yards and 348 yards of total offense. Seven different ballcarriers toted the rock in the game, allowing the coaching staff to get a look at some different combinations.

“It was really good to get a lot of players involved in the offense,” said Brewer. “That’s something we have wanted to do throughout the season, but it’s harder to do, especially in tight games. I thought up front we did well on both sides of the football.”

Defensively the Titans compiled one of their best efforts of the season, holding North Buncombe to 156 yards of offense and just eight first downs. Of the 41 total plays run by the Blackhawks, just three of them gained 10 or more yards. The defense also recovered a fumble and had a pick-six.

The cascade began for North Buncombe on the first play from scrimmage when tailback Spencer Roane mishandled the handoff from quarterback Gabe Banks. Colby Carr fell on the loose ball, giving McDowell possession at the Blackhawk 32. Quarterback Gabe Marsh then took off with an inside run on first down and sprinted 32 yards, escaping a couple tacklers to put McDowell on the board. After the successful conversion it was 8-0.

That turned out to the start of a good night overall.

The Blackhawks got their only score of the first half on their third possession. Banks put North Buncombe on the board with a 1-yard run, and a successful extra point from Angel Romero with 1:51 left in the first made it 16-7.

That was as close as it ever got.

McDowell pushed across one more touchdown before the end of the quarter. Marsh was flushed from the pocket and ran for 14 yards to get the Titans across midfield. The rest of the drive featured a 16-yard run from Blake Boswell (7 rushes, 40 yards). Freshman Josh Ellis took a double handoff and sprinted 21 yards to increase the lead to 24-7.

It was all Titans from that point on.

The scoring during the rest of the half included a 65-yard touchdown pass from Marsh to Matthew Spivey at the 10:14 mark; another touchdown throw to Spivey, this time from 16 yards out; and then at the end of the first half, Majesty Summey intercepted an Alex Rash pass attempt and returned it 50 yards, giving the Titans a commanding lead of 46-7 going into the locker room.

The only suspense left in the game was exactly when the 42-point mercy rule would be implemented. That came later in the third as McDowell put together one last drive of 55 yards in eight plays. Helon Alvarado got to punch it in from 6-yards out with 3:46 left in the third, making it 53-7.

Marsh was 9-of-13 passing for 137 yards and a pair of touchdown passes. He also gained 47 yards on the ground. Ellis had 51 yards rushing and Selby added 50 yards to help keep the load off Boswell in the game.

McDowell will return to Titan Stadium Friday to host Enka in the annual homecoming game.

The last time the McDowell Titans played in a football game this important this late in the season, none of the team’s current players had eve…

Another big win: Titans take down Jets to stay unbeaten in conference play

The McDowell Titans put the hammer down when the flag dropped, let up on the throttle in the second half, and cruised home with a 36-7 win ove…

The West McDowell Spartans football team has experienced its share of bad luck this fall, dealing with COVID related cancellations and postponements.