Monday Night Football: Scores and updates from Steelers vs. Colts

There aren’t a lot of elevators in my neck of the woods, so I am rarely on one other than when I am in a larger town on business or pleasure.

The infrequency of these vertical rides makes me keenly aware of how uncomfortable it is to be trapped in a small moving space with total strangers. I usually like to break the tension with a warm smile and perhaps a conversation starter like, “Hey, what’s the deal with all those unsolved murders around here?”

So, there I was in Myrtle Beach, the capital of free hermit crabs and $10 neon T-shirts championing my right to bear arms or arm bears, riding an elevator up and down in a high-rise condo several times a day and encountering all manner of strangers.

On the way down to the beach, we started empty on the 11th floor and by the fifth, we were a fairly tight bunch, as far as proximity goes. We really hadn’t bonded as a group, though.

The door opened at the fifth and there stood a man, a fairly regular looking man as men go. We, as considerate elevator riders, all shifted to make room, but he didn’t move. He just stared into elevator as the doors closed.

We resumed our descent. There were some amused glances around, indicating many were thinking, “What was up with that guy?”

“Folks,” I announced, “we may have just narrowly escaped the clutches of a serial killer. Many of you may not have heard about the Fifth-Floor Butcher. The Chamber of Commerce has been working to keep the news under wraps, fearing it may have an even bigger negative impact on regional tourism than the pandemic.”

There were more amused glances around, indicating many were now thinking, “What is up with this guy?”

“You’re kidding, right?” said a shirtless teenager with his sunglasses perched on his hat for some reason.

“Son, we’ve known each other since the ninth floor. Would I kid you about a thing like that?”

A day or so later into the vacation, I was returning from the beach because the cooler was empty. I boarded at the ground floor with a family that seemed to have 12 children under the age of 10, squealing and yelping while the harried parents barked out commands like, “Stop. Trevor! Stop sticking your finger in your brother’s ear.”

“Eleven please,” I said to the person nearest the magic buttons.

One of the kids looked up at me and gleefully yelled, “We’re on seven!”

And that is when I had a decision to make. My first inclination was, “Why, I heard that’s the haunted floor. Seems that back in the 1970s, a fellow by the name Gerald F. Farnsworth had a couple of drinks too many and plunged to his death from a seventh-floor balcony. Others say he was pushed by one of his ungrateful children. Whatever the case, since then, legend has it his restless spirt roams the seventh floor, howling in the night, seeking either redemption or revenge.”

But I couldn’t do it. In that split second pause I envisioned sleepless children, scared of ghosts on the haunted floor and a family’s vacation ruined by a smart-aleck who can’t keep his mouth shut in an elevator.

“You’re on seven?” I said. “Why, I heard … that’s the best floor in the entire building. Definitely not haunted. You are going to have a great time.”

And I rode the rest of the way without saying another word. It was tough, but I made it. Even the Fifth-Floor Butcher would have been proud of my restraint.

Scott Hollifield is editor of The McDowell News in Marion and a humor columnist. Contact him at rhollifield@mcdowellnews.com.

Scott Hollifield: Dangerous toys -- Santa explains it all in a dream

For the last 50 years, World Against Toys Causing Harm Inc. (WATCH) has released its annual 10 Worst Toys list just in time to ruin — I mean —…

Column: A dash of humility could go far

Just when you thought that politics — and those who participate in it — couldn’t sink any lower, along comes Kevin McCarthy, the man who wants…

Scott Hollifield: Santa explains it all in a dream

For the last 50 years, World Against Toys Causing Harm Inc. (WATCH) has released its annual 10 Worst Toys list just in time to ruin – I mean –…

🎧 Episode 65: The hosts discuss the tricky balance of holding people accountable for their actions but the danger in taking things too far.

When it absolutely, positively has to be there before the giant turkey legs disappear, I put my faith in the U.S. Postal Service.

It’s time to talk turkey, folks. And even for an optimistic carnivore like me, the news is grim.

The recent cold snap, with my county’s second freeze of the season plus two snow dustings, reminds me of my freshman fall/winter in Boone when…

Column: Gas-tax hike Is a non-starter

RALEIGH — As North Carolina keeps growing, so will the need for our governments to ensure the adequate provision of an essential service: mobi…

Barbera McKinney column: Is THAT going to kill me?

OK, guys. I think we can all agree that simply living day-to-day is scary enough.

Commentary: If we want long-term solutions to our social ills, we must work to make our institutions better at ensuring justice for all. 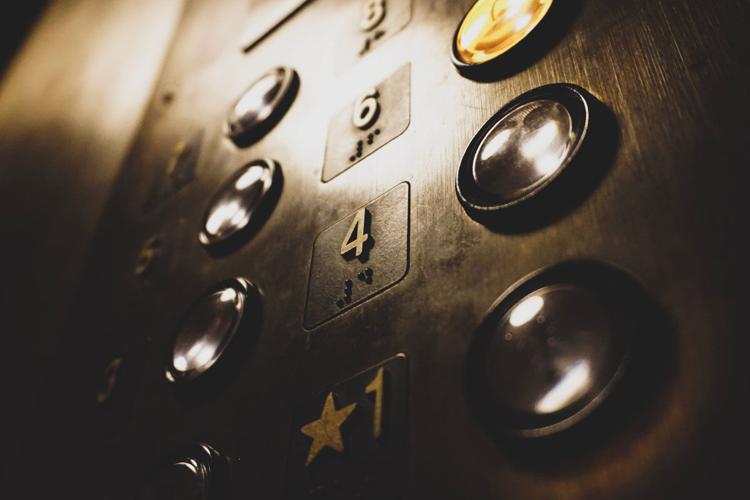 This elevator does not stop on haunted floors.