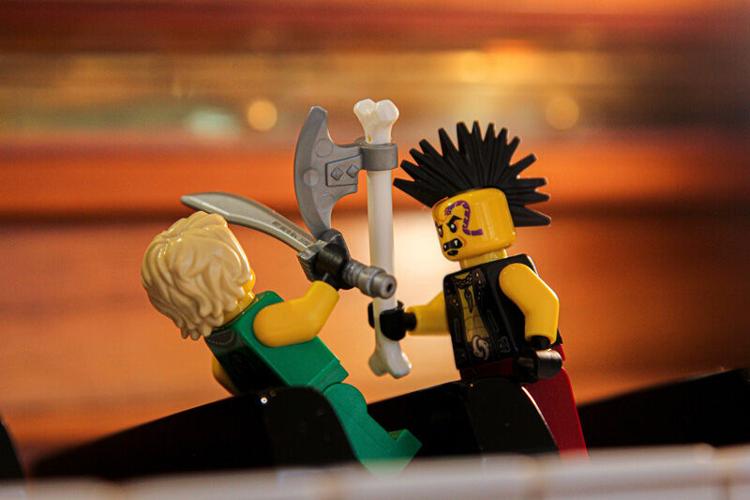 For the last 50 years, World Against Toys Causing Harm Inc. (WATCH) has released its annual 10 Worst Toys list just in time to ruin — I mean — just in time for Christmas.

These toys, no matter how fun they seem, have the potential to send little Jackson to the emergency room, leaving his parents with a huge insurance copay as a present.

For more than a dozen of those 50 years of naughty lists, I’ve churned out a column highlighting some of the more ridiculous toys.

“Yes,” I said. “Another easy column for the holiday season.”

I went to bed that night with visions of sugar plums dancing in my head.

That did not last long

I fell into a dream, a dream that took me on a trip to a faraway land and cast the WATCH list in a new light. Here is that dream:

The features editor, a no-nonsense woman of a certain age, a newspaper veteran whose blood ran one part printer’s ink, two parts black coffee, looked down at the copy, then back up at me, peering over the top of readers perched on the bridge of her nose.

“Every year,” she said. “A new dangerous toy list and every year a snarky column about that list. Essentially, the same column. You could do this in your sleep.”

“Enough! If there is one thing I learned from Elon Musk, it’s how to be a demanding boss. This year, no review of toys, no guest column from Santa. Go to the North Pole, get nose to nose with the old man and grill him about these dangerous toys. If you can’t do that, clean out your desk.”

“If you recall ma’am, I work from home now.”

“Then clean out your home.”

After changing planes in Atlanta, a layover in Seattle and a 30-minute Uber sleigh ride, I found myself knocking on the door of Santa’s workshop.

“Ho, ho, hold on a minute,” bellowed a voice from inside. “Can’t a fellow see a man about a reindeer in peace.”

He opened up and eyed me suspiciously.

“If you’re from the government,” he said, “I’m breaking no child labor laws. Those are full-grown elves in the back. And they are all documented, so you can’t fly any of them to Martha’s Vineyard.”

Just then an elf burst into the room.

“Santa, I’ve got this list from Jackson and he wants a ‘Mr. Machete with Real Chopping Action.’”

“Put him down for an art set,” Santa said. “The kid needs a little culture.”

He turned his attention back to me.

“Any toy can be dangerous. I remember that first list 50 years ago. ‘Stick’ and ‘rock’ were on it because of potential poking and blunt-force trauma dangers. The WATCH folks are fine people. The elves and I, we look out for the kids. Now, the parents, those are the knuckleheads buying garbage like ‘Mr. Machete with Real Chopping Action,’ which didn’t even make this year’s list.”

I awoke from my dream with a start and a realization. Maybe, just maybe, if we didn’t buy crap, unscrupulous manufacturers would stop making crap.

But that’s too easy, I thought. So I went back to sleep with visions of sugar plums dancing in my head.

Scott Hollifield is editor of The McDowell News and a humor columnist. Contact him at rhollifield@mcdowellnews.com.

Scott Hollifield: Shrinkflation and the gaslighting of consumers

Gaslighting,” defined as “the act or practice of grossly misleading someone especially for one’s own advantage,” is Merriam-Webster’s Word of …

Column: A dash of humility could go far

Just when you thought that politics — and those who participate in it — couldn’t sink any lower, along comes Kevin McCarthy, the man who wants…

Michael Paul Williams: Australia went bold after a mass shooting. When will we go beyond piecemeal responses?

As part of a mandatory gun buyback program, the government confiscated more than 600,000 firearms. Mass shootings all but disappeared.

Are lawmakers making wise choices in spending our money? | The Ethical Life podcast

🎧 With many struggling to meet even their basic needs, is it ever OK to fund projects such as the arts, sports stadiums or space travel?

I love being in the presence of smart, articulate and visionary folks, even on a rainy, unseasonably cool mid-November evening. A large crowd …

Column: On polls, Hispanics and the suburbs

RALEIGH — In much of the country, the Republican Party fell well short of expectations in the 2022 midterms.

When it absolutely, positively has to be there before the giant turkey legs disappear, I put my faith in the U.S. Postal Service.

The U.S. Supreme Court recently heard arguments from Harvard and the University of North Carolina about using race and ethnicity in admissions policies. Project 21, the Black Leadership Network of which I am a member, submitted an amicus brief in the Harvard case.

The Trump adviser claims he didn’t tell Pence to reject electors, but here are the receipts