"WHAT LIES BEHIND US AND WHAT LIES BEFORE US ARE TINY MATTERS COMPARED TO WHAT LIES WITHIN US." ~ Ralph Waldo Emerson

As we mourn the death of William Edward Robinson (Bill), we celebrate a life well lived.

Bill died Tuesday, June ninth, leaving his love and best friend, Elsie, whom he met on a blind date fifty nine years ago. Also surviving Bill is his son, Eddie. Additional survivors include a brother, James H. Robinson and wife, Norma; and Donna S. Robinson; as well as additional relatives and family of friends.

Bill was a proud Marine and loved his country. After enjoying his career as Regional Purchasing Manager with Ethan Allen, Inc., Bill retired with over thirty years of service. Being very active and involved, Bill enjoyed many activities including serving on the Board of Directors of Foothills Industries and Board of Directors for the American Furniture Manufacturers Association, Purchasing Division.

As a member of First Baptist Church, Old Fort, Bill served in many capacities including designing and building the bell tower at the church. Bill was awarded Certificate of Special Congressional Recognition "For outstanding and valuable service to the community" by Congressman Charles H. Taylor. For three years, Bill was a happy participant in the adult day program at Care Partners Asheville.

As Bill's health continued to decline, he became a resident of Rose Hill Retirement Community in Marion where he received outstanding care and support from Tracy Makela and Nancy Wheeler and their staff. Bill also received exemplary care by his nurse Luann Walker and the staff of Hospice of Carolina Foothills.

The body will lie-in-state today, Thursday, June eleventh, from five to seven, in the evening at Beam Funeral Service for those wishing to pay their respects. Burial will be private.

And a quote from Bill: "THERE IS SUCH JOY WHEN YOU CAN HELP PUT A SMILE ON SOMEONE'S FACE KNOWING THROUGH GOD YOU HELPED CHANGE A FROWN TO A SMILE."

Beam Funeral Service & Crematory is assisting the Robinson family. For further information and/or to sign the guestbook, please visit our website, www.beamfuneralservice.com, or call (828) 559-8111.

+2
+2
+2
To plant a tree in memory of William Robinson as a living tribute, please visit Tribute Store. 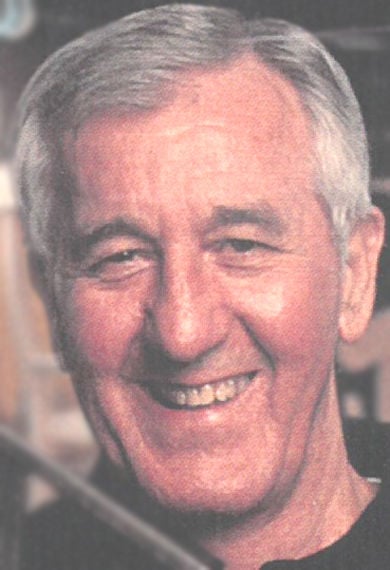