A Chesterfield County, Virginia teen was sentenced Wednesday to 35 years in prison for manipulating a close friend to kill a young Richmond man, two days after she claimed the man had raped her. The defendant, however, admitted after her conviction that she lied about a sexual assault.

At the end of a sentencing hearing in Chesterfield Circuit Court, Judge David E. Johnson sentenced Anayah Naree Daily to 60 years in prison with 25 years suspended for murder in the April 29, 2018, shooting of 19-year-old Breland Poole. Daily was 16 at the time of the killing. She turned 19 last week.

“The reckless disregard for human life displayed by the defendant in coaxing the victim to the scene, aiming the triggerman at him and bringing about his murder (occurred) just as surely as if she had stood by the car and pulled the trigger herself,” Johnson said from the bench.

The judge also spoke of Daily’s “chilling calculation” in planning and executing the murder and her manipulation of a friend to carry it out with "repeated and false rape allegations."

The judge imposed a sentence near the high end of state sentencing guidelines, which called for an active term of 23 years and five months at the low end and 39 years at the high end.

Defense attorney Travis Williams urged the judge to sentence Daily as a juvenile, noting her age at the time of the offense and a tormented childhood without a father figure that included numerous sexual assaults beginning at age 6.

According to evidence presented in the trial, Daily and a friend, Antwoine J. Durham, then 22, worked together to set up Poole to be killed after they exchanged dozens of Instagram messages.

In one exchange between the two on March 23, 2018 — just over a month before Poole’s killing — Daily said, "I should say he raped me."

Daily and Durham were talking about someone other than Poole, but prosecutors introduced it to show a pattern of lies and malicious intent.

Authorities believe that Daily convinced Durham that Poole had raped her on April 27, 2018, two days before the killing. Investigators determined through cellphone records that Daily called Durham on that day, “right after the alleged rape,” according to court documents.

After a Chesterfield jury found Daily guilty of murder following a three-day trial in January, Daily admitted to a probation officer who interviewed her as part of a presentence report that she "lied about the rape because she felt pressured by the grand jury and the police," Assistant Commonwealth’s Attorney Jeff Einhaus told the court.

"Under oath, in front of a multijurisdictional grand jury, this defendant lied and falsely accused the deceased, the 19-year-old victim, of one of the most heinous crimes imaginable — of rape," Einhaus said.

Daily’s motive for wanting Poole killed was not discussed Wednesday.

Five months after the slaying, detectives arrested Durham and charged him with being the triggerman in Poole’s slaying. A jury found Durham guilty in June 2019 of murder and felony use of a firearm and recommended he serve 40 years in prison, a sentence that a judge imposed that September.

Detectives determined that Daily had been interacting with Poole in the days leading up to his murder. On the evening he was killed, Poole arrived at the Ivy Walk Apartments where Daily lived.

At 10:21 p.m. on April 29, 2018, Chesterfield emergency communications received an open-line call from Poole after he had been shot multiple times while inside his gold 2002 Ford Taurus, which was backed into a space in the apartment complex. Responding officers found a hole in the shattered driver’s side window and Poole slumped behind the wheel with a phone in his right hand. He died after being taken to a hospital.

Police recovered four 9 mm cartridge casings around Poole’s car, and detectives concluded that his killer was standing outside the vehicle while shooting into the car.

Chesterfield K-9 officers responded with their dogs and tracked two routes to the parking lot where Poole was shot in his car. One route ended at the guardrails along a major road that borders the woods surrounding the Ivy Walk Apartments. The second route ran from the crime scene, along the Chippenham Parkway guardrail and through a wooded area that ended near Daily’s residence.

On the morning after the killing, detectives interviewed Daily at the school she attended. Daily told them that she had been in touch with Poole and had invited him over to hang out, and that he was coming over to her apartment on the night he was killed.

Daily told investigators that Poole sent her a text message when he arrived at the complex, and shortly thereafter she heard gunshots outside her residence but didn’t go to investigate.

When detectives asked if she tried contacting Poole after hearing the gunshots, Daily said no, because “if something did happen to him the police would be looking into it and she thought it would look bad if she were calling or texting him,” according to court documents.

Daily provided detectives her phone when they asked to see it, and they discovered that all the data had been erased and the phone had been reset to factory settings.

In addition to Daily, detectives soon identified Durham and a third person, Darrell Wilson, as potential suspects in the slaying. Through witness interviews, cellphone records and social media evidence, detectives learned that Durham and Daily were very close.

Wilson later told police that he observed the end of a closed-door conversation between Daily and Durham on April 27, 2018, and noticed that Durham placed the only call he made to Poole on that same night.

“There was no evidence that Antwoine Durham knew (Poole) outside of the connection to Anayah Daily, or that he had ever had any contact with (Poole) at any point prior to that single call,” Einhaus and Deputy Commonwealth’s Attorney Barbara Cooke said in a summary of evidence.

Cellphone GPS evidence and witness testimony established that Durham and Wilson left a nearby apartment and drove to the Ivy Walk Apartments between 10:03 p.m. and 10:09 p.m. on April 29, 2018.

Evidence showed that Durham and Wilson stopped near Daily’s apartment, where Durham had a short conversation with Daily. Thereafter, Durham and Wilson moved the car they arrived in to an area off the shoulder of Chippenham Parkway just beyond the woods, near the rear of the Ivy Walk Apartments.

The evidence established that Durham then exited the vehicle and went through the woods toward where Poole was parked, while Wilson stayed in the car. Minutes later, Wilson saw Durham jogging back from the wooded area about the same time that Chesterfield emergency communications received two 911 calls about the shooting.

Wilson, who cooperated with police and testified against Durham and Daily at their trials, pleaded guilty Feb. 22 to accessory after the fact of murder and was given a 12-month suspended jail term. Authorities determined that Wilson had no knowledge that Durham intended to kill Poole that evening.

NC 4-year-old dies after shooting himself in the head. He found the gun underneath a couch cushion, High Point police say.

The homeowner and the boy's mother are now facing charges in his death, police say.

Warren Lee Raymond Sr., 64, pleaded guilty on Monday to two counts of second-degree murder in the deaths of his wife and son.

Questions remain as search for NC fugitives comes to an end

A frantic flight from a Hickory furniture factory in January ended Tuesday with two arrests by U.S. Marshals in a Phoenix neighborhood.

Someone cut off a duck's feet, shot at other birds in NC park, says rescue group that removed animals

A total of 43 birds were removed from Martin Luther King Jr. Park on Friday by Carolina Waterfowl Rescue after at least four cases of “extreme cruelty” were reported there.

An 8-year-old was killed and another child shot in Statesville last month. Four teenagers are accused in the crimes. 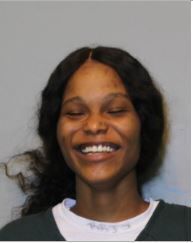 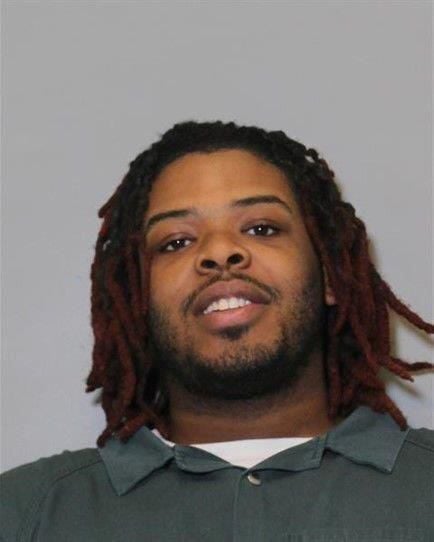