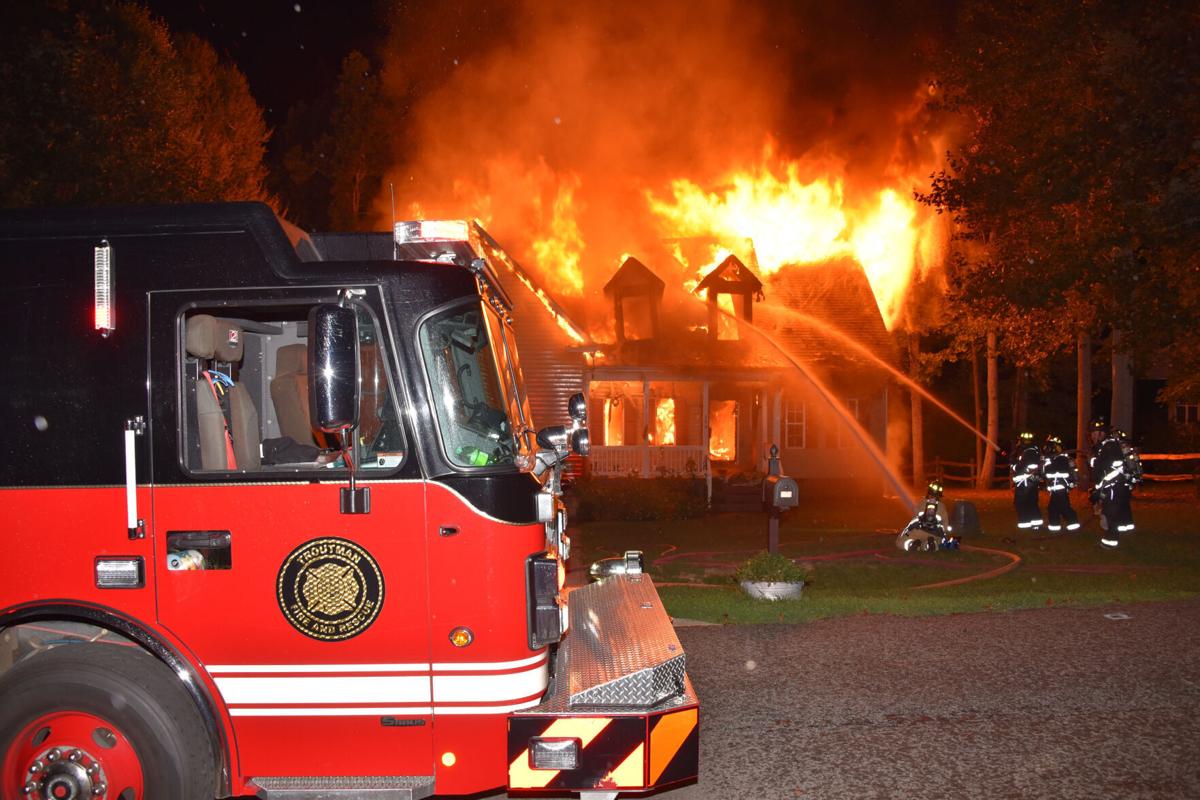 Firefighters try to extinguish the fire. 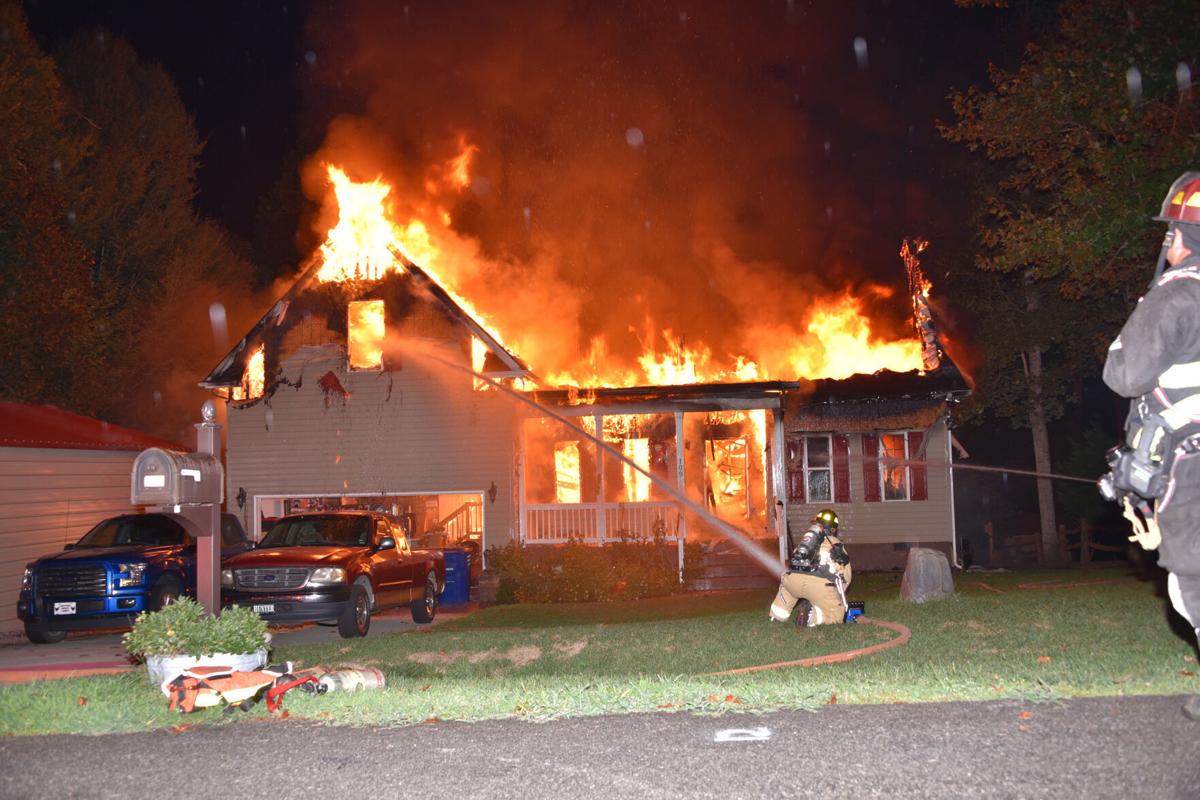 Two bodies were found inside this home after the blaze was extinguished Tuesday night.

A drop tank was set up to provide water.

The Iredell County Sheriff’s Office is investigating two deaths after a fire Tuesday night in Troutman.

Iredell County Sheriff Darren Campbell didn’t identify the two people found inside or their relationship. He said that, in the course of the investigation into the deaths, officers were made aware of a domestic dispute at the home earlier on Tuesday that prompted an adult child to leave. He said law enforcement had not been called in relation to the dispute.

Iredell County Fire Marshal David Souther said the investigators had not determined the cause of the fire.

Firefighters arrived on the scene Tuesday night to find heavy flames coming from the front of the house. It took a little more than two hours to get the fire under control. At least six separate fire departments responded, including an air unit.

Campbell said that, as of noon on Wednesday, there were still investigators on scene who would be there for some time.

In a news release, Campbell said “This is a two part investigation, the cause and origin of the fire together with a death investigation. Evidence has been collected associated with the case and additional evidence is expected to be found.”

According to the sheriff’s office, autopsies will be conducted to determine the identity of the victims and the cause of death.

A family is in mourning after a woman was found dead last week and her sister was charged with killing her.

WATCH NOW: Scenes from 1989, when Hugo tore through the Carolinas

Marijuana in Virginia: Medical flowers (AKA buds) and pre-rolls (or joints) now available for the first time

Rep. Madison Cawthorn accused of having knife at NC school board meeting about masks

RALEIGH — A North Carolina school system contacted a sheriff’s office after a report that U.S. Rep. Madison Cawthorn brought a knife to a scho…

A fifth-grade teacher in Asheville captured this video of a mama bear and baby bear on the playground at Isaac Dickson Elementary School.

NC man charged with shattering door during school board meeting

The Troutman Police Department arrested a Mooresville man Thursday who is suspected of breaking a glass door at the Iredell-Statesville Schools meeting on Tuesday night.

Lake Norman High School students were sent home early today due to a skunk in the building.

Firefighters try to extinguish the fire.

Two bodies were found inside this home after the blaze was extinguished Tuesday night.

A drop tank was set up to provide water.