Prop guns: What they are and how they can kill
0 comments
Share this
{{featured_button_text}}

The goal of movies and TV series is to make scenes look realistic. When it comes to prop guns, they don't just look dangerous.

Such was the case in the death Thursday of Halyna Hutchins on the set of the movie "Rust" in New Mexico. The 42-year-old director of photography died after actor Alec Baldwin discharged a prop gun, according to investigators.

The film's director Joel Souza, 48, was also injured during the incident.

Prop master Joseph Fisher told CNN on Friday that extreme safety measures are taken when it comes to weapons on set.

"Typically we will do a safety brief with the cast and crew," he said. "We'll let them examine it, we'll explain safety precautions that go with each type of prop weapon. In this case (the "Rust" incident), it was a blank firing weapon and with that there are inherent risks."

Fisher mentioned the case of actor Brandon Lee who died in 1993 after a prop gun accident in which the tip of a dummy bullet accidentally ended up lodged in the gun, which resulted Lee being wounded in the abdomen.

The prop master said even when there is no "bullet" in a prop gun, there are still projectiles, including gun powder and gas that can be dangerous within a certain range.

Ben Simmons of Bare Arms, a company in the UK that works with firearms on sets, told CNN a variety of "prop guns" can be used in TV and film productions.

They range, he said, from "a completely fake firearm that's been constructed" from materials such as rubber or wood to an actual working gun or a formerly working gun that has been rendered inoperable.

Simmons explained that the type of gun used depends on the production, but often guns that fire blanks are used on sets.

In a regular gun, a charge fires the projectile that is a bullet. "Blanks" refer to a blank cartridge that usually consists of a shell or casing and gunpowder, but no bullet. Instead there is a tip that has has been "crimped" by wadding or wax, according to the "Handbook of Firearms and Ballistics."

"It doesn't mean the blank rounds are safe because if you were to get in the way of that or get too close to it, lots of dirt and debris can get thrown out the end of the gun, and that can cause harm," Simmons said. "It's extremely rare for it to happen and it's even rarer for it to cause death."

Dave Brown, a professional firearms instructor and a firearms safety coordinator, wrote a piece for American Cinematographer magazine in 2019 in which he explained that "CGI may be used for close-range gunshots that could not be safely achieved otherwise, but yes, even with all the advancements in visual effects and computer-generated imagery, we still fire guns with blanks."

"The reason is simple: We want the scene to look as real as possible. We want the story and characters to be believable," Brown wrote. "Blanks help contribute to the authenticity of a scene in ways that cannot be achieved in any other manner. If the cinematographer is there to paint a story with light and framing, firearms experts are there to enhance a story with drama and excitement."

The more gunpowder that is used, the bigger the flash and blast from a prop gun. Brown's piece reiterated that using blanks still requires someone on set who is experienced with firearms.

"Blanks expel gunpowder and hot gases out of the front of the barrel in a cone shape," he wrote. "This is harmless at longer ranges, but the explosion can seriously injure someone if it's too close."

Daniel Oates, former police chief for Miami Beach, Florida, and Aurora, Colorado, told CNN that in policing "you treat every gun as if it's dangerous and it's loaded all the time."

And while prop guns on sets generally use blanks instead of live ammunition, Oates explained that they all use powder as a charge agent to create the noise and visual of an actual gun shot.

"Even at close range these weapons can be very, very dangerous," he said.

The Santa Fe County Sheriff's Office said the investigation into what happened on the set of "Rust" is "open and active," and no charges had been filed.

The cinematographer who died when Alec Baldwin fired a prop gun and wounded the director.

But it’s Halyna Hutchins who lost her life. #SayHerName pic.twitter.com/8JmgHjckAg

Because most of the images linked to the tragic story on the set of ‘Rust’ are of Alec Baldwin, not the cinematographer, Halyna Hutchins, who lost her life today in such a tragic accident. Rest in Power. pic.twitter.com/n0nlJtJoRd

Sick and devastated to hear that my friend and rockstar cinematographer Halyna Hutchins was killed on set today in New Mexico. I don't have words to describe this tragedy. I want answers. I want her family to somehow find peace among this horrific, horrific loss. pic.twitter.com/ElAQNMuQvR

My greatest fear is that someone will be fatally hurt on one of my sets. I pray this will never happen. My heart goes out to all of those affected by the tragedy today on Rust, especially Halyna Hutchins & her family.

We are deeply saddened to learn about the tragic death of our friend, Cinematographer Halyna Hutchins. You were an exceptional talent and will not be forgotten.
Rest in peace.❤️ pic.twitter.com/JQpDVbwfDO

I’m in shock. I was so lucky to have had Halyna Hutchins as my DP on Archenemy. An incredible talent & great person. I can’t believe this could happen in this day and age… gunfire from a prop gun could kill a crew member? What a horrible tragedy. My heart goes out to her family pic.twitter.com/W479ch56Js

Our hearts go out to the family of Halyna Hutchins and to Joel Souza and all involved in the incident on “Rust”. No one should ever be killed by a gun on a film set. Period. 💔

Deepest condolences to the family and friends of Halyna Hutchins. Crew should never be unsafe on set and when they are there is always a clearly definable reason why. #IASolidarity

Absolutely horrifying and devastating news about cinematographer, Halyna Hutchins. My heart goes out to her family.

Sorrow and absolute horror that cinematographer Halyna Hutchins was killed on set. This should never have happened. Thoughts with her family and friends. pic.twitter.com/rJGxOJHnnp

RIP Halyna Hutchins. I’ve worked on a few shows with guns involved and the safety protocols were so intense they ALMOST seemed excessive. There has to be better way. This is senseless

Only 5% of film cinematographers are women which tells you how talented and driven Halyna Hutchins had to be to make it in her field.
We need a full account of what happened on that set. No Hollywood cover up.

My heart goes out to Halyna Hutchins family. What a heartbreaking loss. Sending prayers to Joel Souza. I’m sure everyone is devastated. Alec Baldwin Fired Prop Gun That Killed DP and Wounded Director – Variety https://t.co/3apNSUokUb

Baldwin was told gun was 'cold' before movie set shooting

Baldwin fired a prop gun on the set of "Rust," killing cinematographer Halyna Hutchins and wounding director Joel Souza, officials said. He was told it was a "cold gun."

Last week's tragedy has led some in Hollywood to ask: Why are real guns ever used on set, when computers can create gunshots in post-production? Isn't even the smallest risk unacceptable?

Court documents, interviews and social media postings have yet to answer the key question: how live ammunition wound up in a real gun being used as a movie prop. 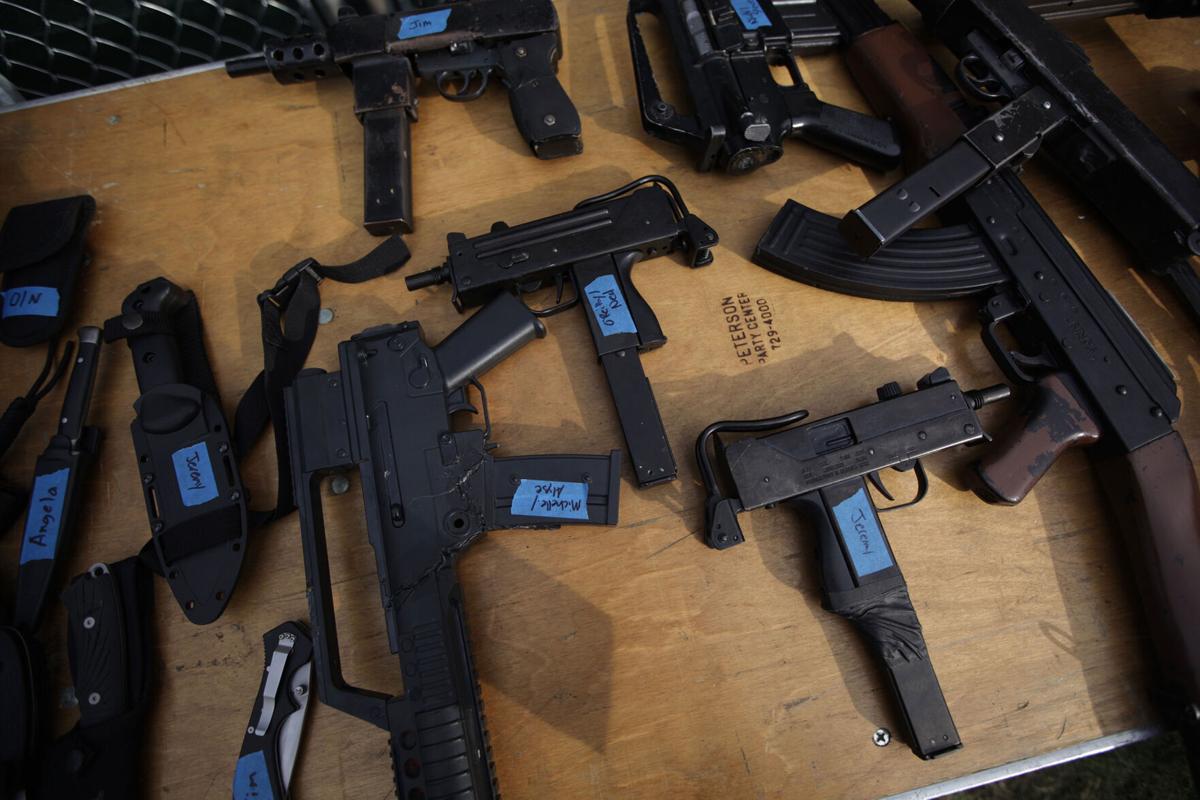 Prop guns are used to make movie scenes look realistic. Gun props are shown here on a table backstage during rehearsal for the play "Coriolanus." 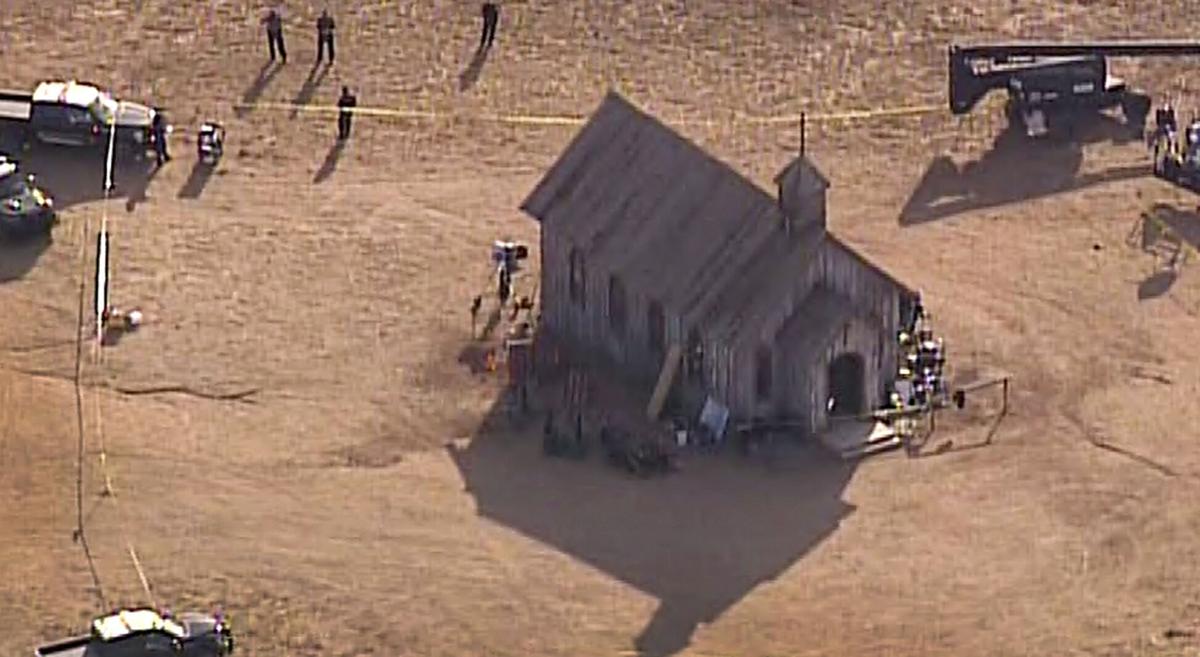