RALEIGH, N.C. (AP) — A girl died on Saturday after she was struck by a vehicle towing a float for a holiday parade in North Carolina, police said.

The driver who lost control of the vehicle and struck the child was arrested and charged with reckless driving and other offenses, the Raleigh Police Department said in a news release. Police identified the driver as Landen Christopher Glass, 20.

Witnesses told WTVD-TV that people attending the Raleigh Christmas Parade heard the pickup truck's driver screaming that he had lost control of the vehicle and couldn't stop it before the crash.

The girl struck by the truck had been participating in the parade, police said. The News & Observer reported that the girl was part of a dance troupe.

Olivia Bruce, a 14-year-old member of the dance troupe, told the newspaper that the truck almost hit her, too.

"We started dancing in the parade, and then all of a sudden, we just heard a lot of honking. And when we turned back, we saw the truck almost on our backs, so we turned away," Bruce said.

Nobody else at the parade was injured in the collision.

The parade was canceled after the crash. Police advised drivers and pedestrians to avoid the area.

The driver was one of three people in the vehicle towing the float at a low rate of speed, police said.

Investigators interviewed the driver, who was charged with misdemeanor death by motor vehicle, careless and reckless driving, using improper equipment, unsafe movement, and carrying a firearm in a parade.

"Our hearts go out to the family of the victim and those who witnessed this tragic incident," police said.

Raleigh Mayor Mary-Ann Baldwin expressed her condolences for the girl's family and friends.

"Today started off with such joy," the mayor tweeted. "My heart was so full. And now it aches for the young girl hit in a tragic accident on the parade route."

Watch Now: Popular videos from the past week you may have missed

Watch the incredible reactions to NASA's Artemis 1 launch, why millions of crabs are on the move in Australia, and more popular videos from the past week you may have missed.

At 1:47 A.M. EST, on Nov. 16, NASA successfully launched the Artemis 1 moon rocket, the most powerful in the world, for a lunar test flight. W…

Millions of crabs are on the move in Australia

The annual migration of Christmas Island red crabs has begun on the Australian island, with roads being closed to vehicles to allow for millio…

Ukrainians took to the streets to celebrate the recapture of the southern city of Kherson after months of Russian occupation. But behind the c…

Video shared by Ukrainian President Volodymyr Zelenskyy showed what he said was a Russian missile strike on a street in Dnipro on Thursday morning.

Animals in the Northeastern states enjoy the first signs of snow

The first snow flurries were in the air, and animals of all kinds enjoyed the chance to be in the outdoors over the weekend.

She’s a dog of many skills. Buzz60’s Tony Spitz has the details.

This is the moment a wild baby elephant played with parking sign in rural Thailand. The juvenile jumbo named Tula used her trunk to explore th…

Strange solar phenomenon looks like a snake slithering across the Sun

So what the heck is this “solar serpent”?

LEGO unveils its tallest set ever with an Eiffel Tower model

LEGO has revealed its tallest ever set – a breathtaking model of the Eiffel Tower.

Who is the new US Democratic House Leader Hakeem Jeffries? 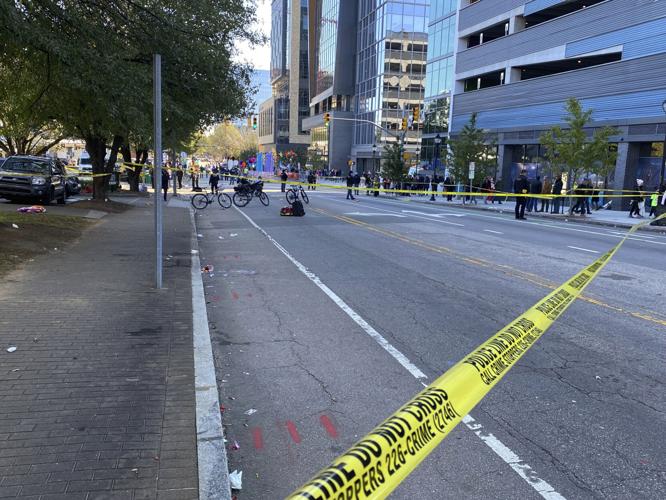 Police officers work the scene after a truck pulling a float crashed at a holiday parade in Raleigh, N.C., on Saturday. 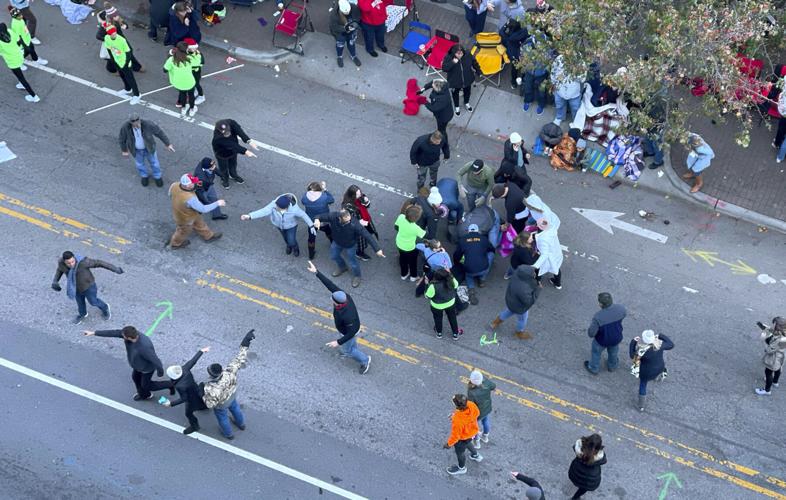 Personnel rush to where a person was injured during the Raleigh Christmas Parade in Raleigh, N.C., Saturday.