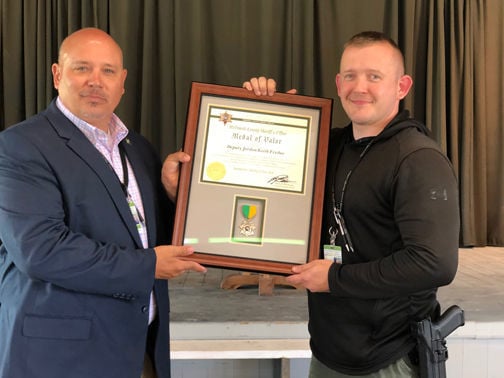 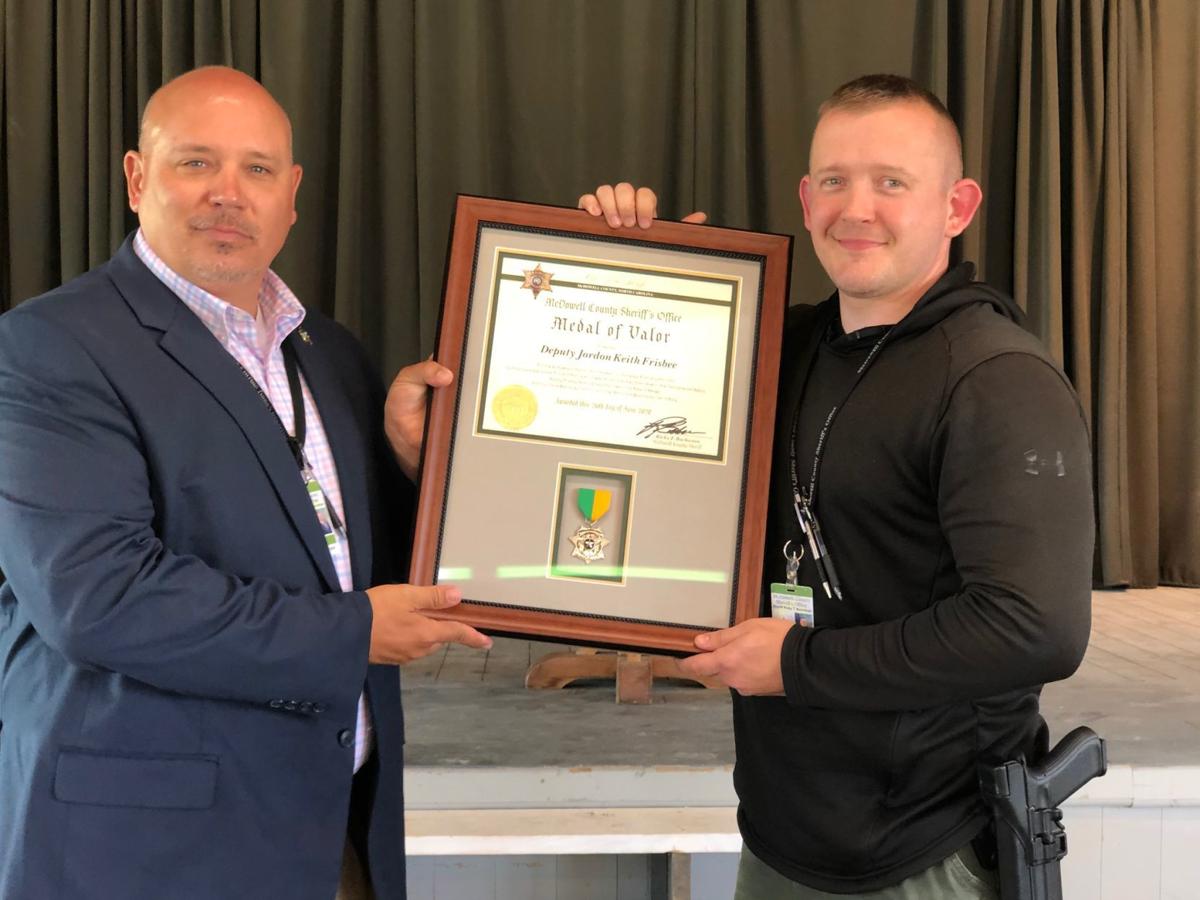 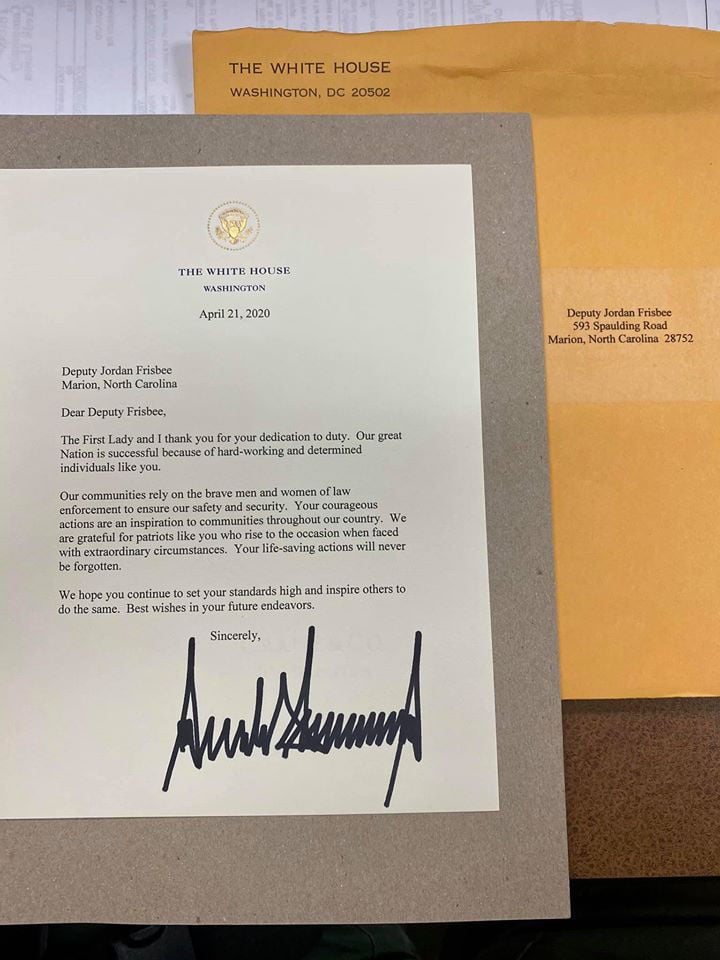 A letter from President Donald Trump.

The award is the first of its kind to be given to a McDowell sheriff’s deputy.

In the early morning hours of Feb. 6, Frisbee overheard communicators dispatch a call of a house fire. Frisbee was nearby the scene on Veterans Drive, so he took it upon himself to respond. He arrived to find flames coming from the right side of the residence. He also saw several vehicles parked in the driveway, which led him to believe there were people inside.

Frisbee broke a window out of the home, which awoke the family of four inside. He heard screaming, ran to the front door of the residence, and, with flames around him, forced his way into the house. Frisbee led the occupants out, even carrying one of the female victims to safety.

“The quick, intentional and selfless action taken by Deputy Jordon Frisbee on Feb. 6, 2020, saved lives,” Buchanan said during the presentation. “Deputy Frisbee displayed actions that should be described as nothing short of that of a hero.”

Frisbee was surprised by the recognition.

“Anyone of us deputies would have done the same thing,” he said. “I just happened to be at the right place at the right time.” Frisbee stated he wants people to keep in mind that there are law enforcement officers everywhere that do good things for people every day.

The Medal of Valor comes on the heels of Frisbee’s letter he received from President Donald Trump thanking him for his dedication and service.

The bear facts: This one spotted near North Main Street in Marion

A Marion man acting suspicious behind a grocery store was found to be in possession of drugs, authorities said Monday morning.

A Marion has been charged after investigators discovered he was in possession of child pornography, authorities said Wednesday.

Q&A: NC requirements for the Use of Face Coverings and Masks

North Carolina took early and aggressive action to slow the spread of COVID-19 in our state. These actions prevented our healthcare systems fr…

A woman on probation faces an additional charge after a search turned up drugs, authorities said Thursday morning.

A letter from President Donald Trump.