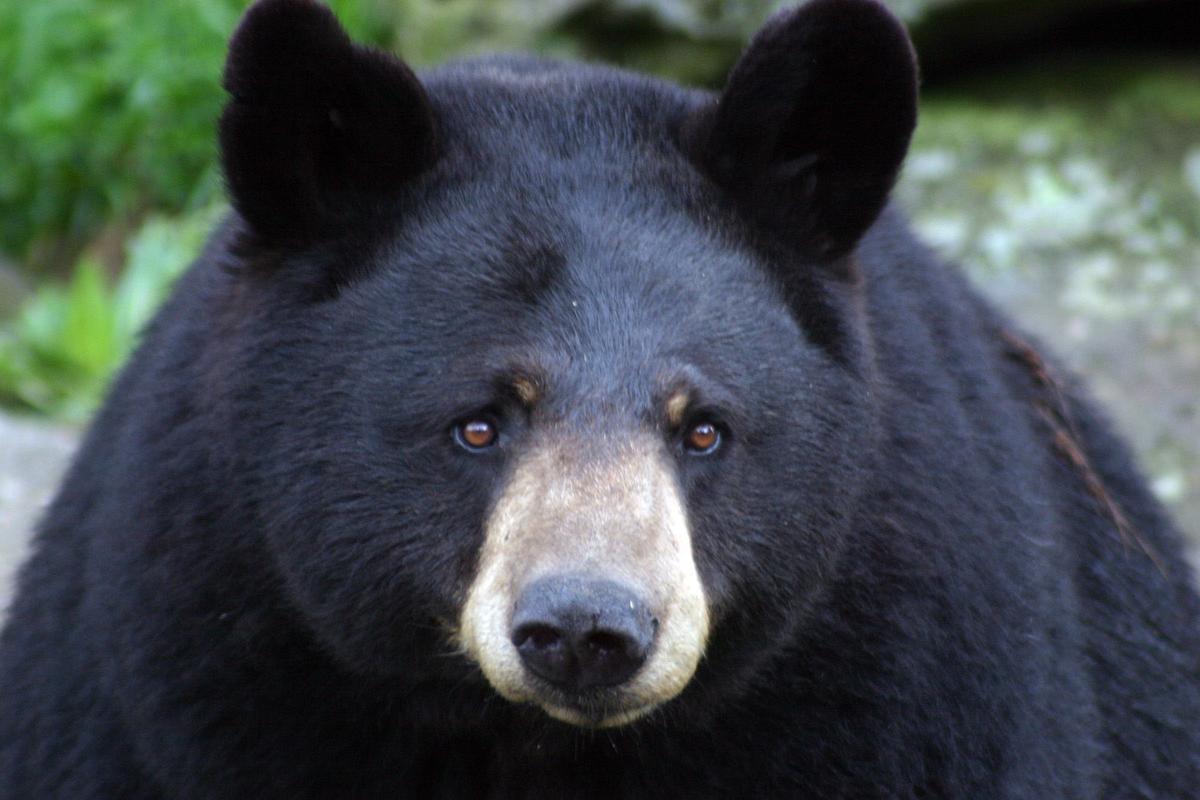 According to her keepers, Gerry preferred hanging out with humans over other bears. She also enjoyed the views from her habitat, getting treats and teasing the bears in the neighboring enclosure. Photo courtesy of the Grandfather Mountain Stewardship Foundation 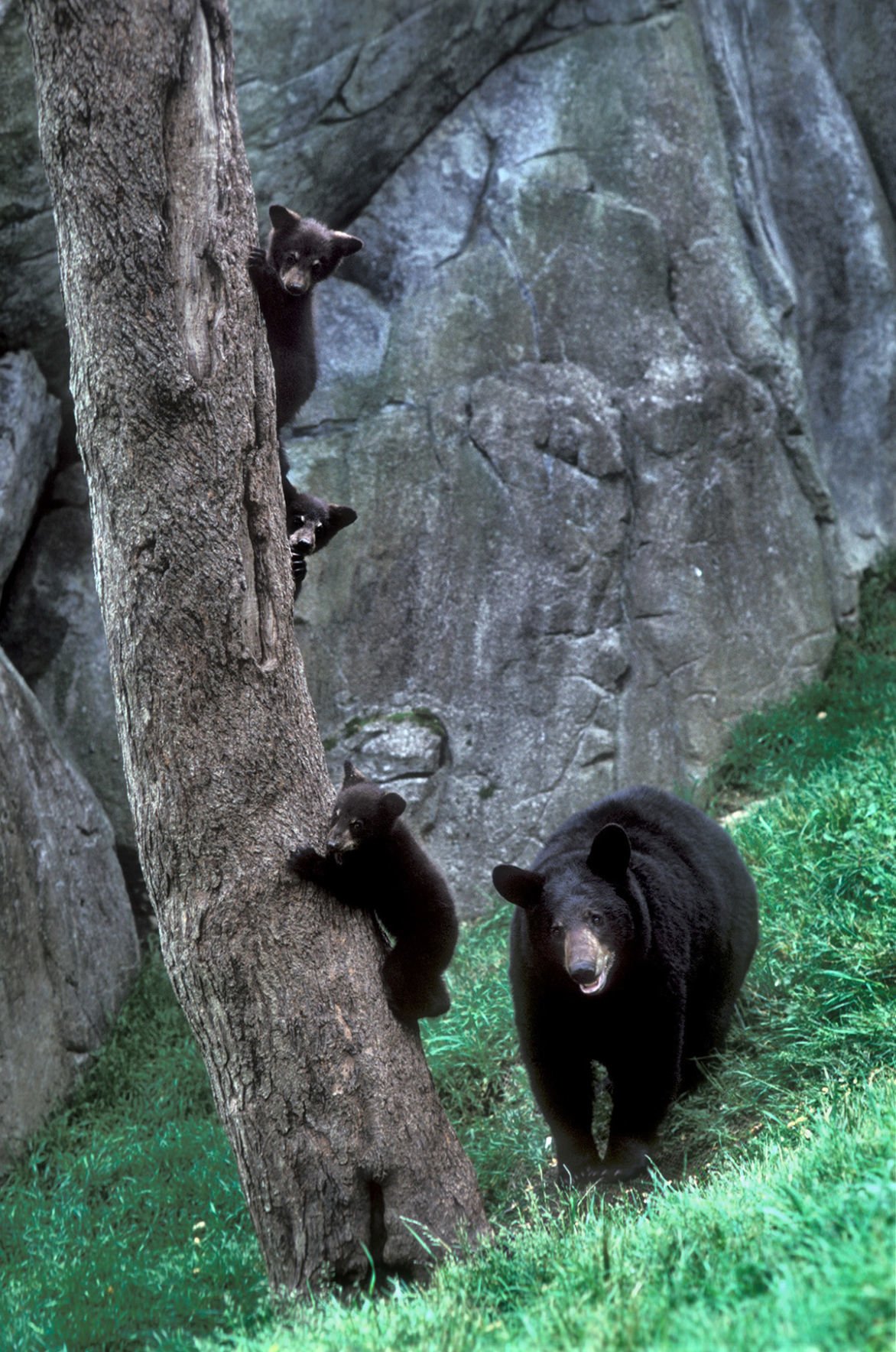 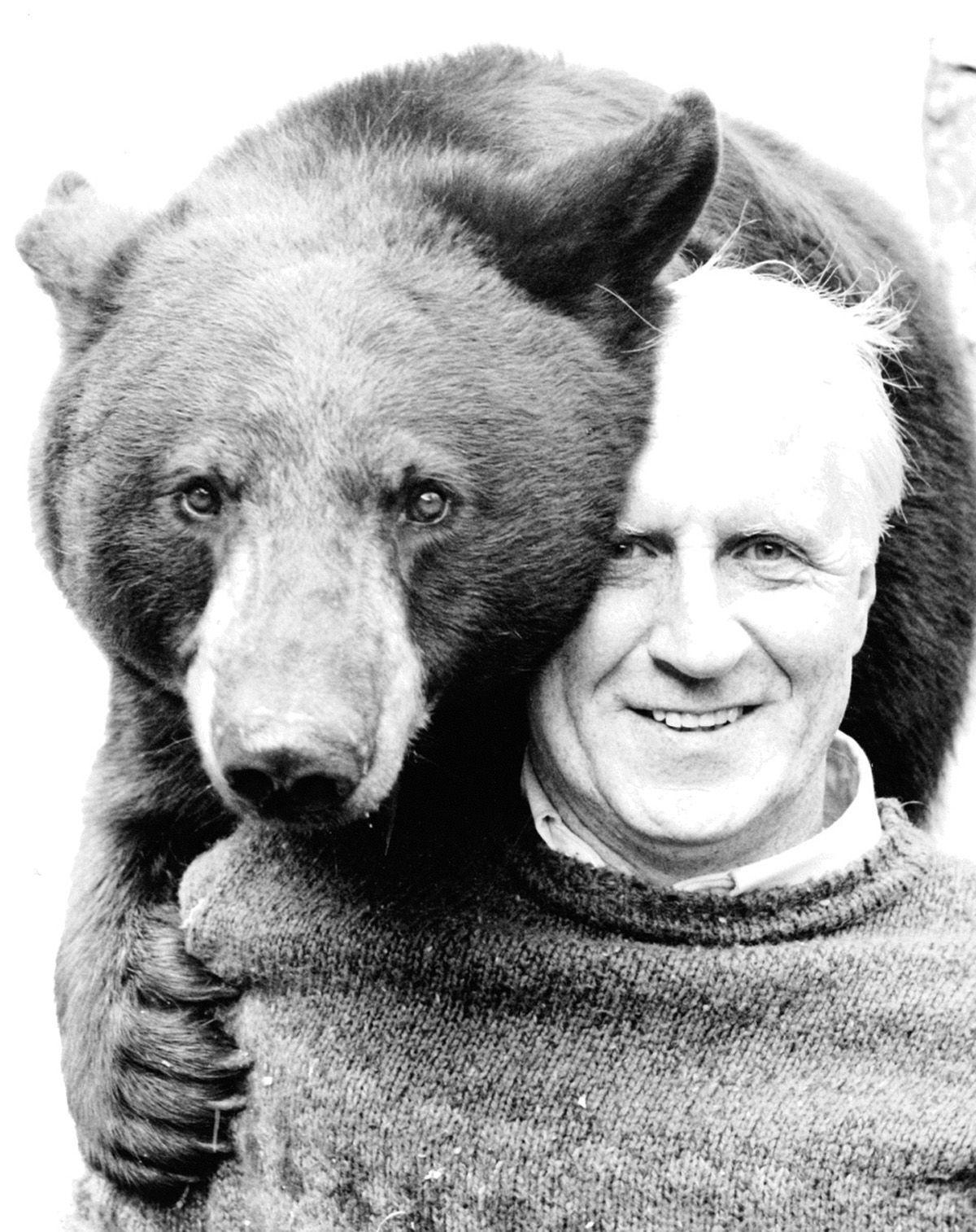 Gerry was humanely euthanized following a long history of debilitating arthritis. She was 31 years old. In the wild, black bears live into their early 20s, while those in captivity can live up to and beyond 30.

“Gerry was loved by everyone who had the chance to meet her,” said Deborah Anderson, assistant habitats curator for the Grandfather Mountain Stewardship Foundation, the nonprofit organization that owns and operates the Linville nature preserve. “She was a sassy bear, always sure to let the other bears know just how she felt about them. She was just the best bear.”

Gerry was born in the wild in northern Michigan and then orphaned at two months of age.

Michigan wildlife agents, including expert bear behaviorist Lynn Rogers, hand-raised her for a month before they found a wild mother bear involved in a research project who would adopt her. The mother bear then raised Gerry as one of her own.

Gerry was an ideal candidate for Rogers’ bear research, as he could actually get close enough to handle the trusting bear, observe her feeding patterns and monitor her heart rate and body temperature.

Unfortunately, after the research concluded, Gerry became too acclimated to humans, and Rogers feared that she would be put down for being a nuisance bear. Desperate to find a place for the gentle bear to live, Rogers searched high and low for a habitat with ample room in a natural setting.

He settled on high, having been friends with the late Hugh Morton, founder of the Grandfather Mountain nature park. On June 5, 1992, at 3-and-a-half years old, Gerry moved across several states with her three cubs.

The bears’ acclimation to their new home was as seamless as possible, and it didn’t take long for them to grow comfortable in their new surroundings.

After their first season on the mountain, and when they came of age, Gerry’s three cubs were ready to be sent out on their own. North Carolina wildlife officials arranged to release them back into the wild, where they were presumed to have adapted.

Years later, when Rogers came back to the mountain to visit Gerry, there was a question as to whether or not the now older bear would recognize her former keeper. Those suspicions were quickly erased when Gerry raced to Rogers to enthusiastically greet him.

“Gerry was a very special bear to us all,” said Jesse Pope, Grandfather Mountain Stewardship Foundation president and executive director. “I had the pleasure of working with her when I was a keeper early in my career, and I have nothing but fond memories of my interactions with her.”

According to her keepers, Gerry preferred hanging out with humans over other bears and happily resided in one of the bear habitats by herself. She loved staring at the views from her “back porch,” getting treats and teasing the bears in the neighboring enclosure.

“She was very gentle around her keepers,” Pope continued. “However, even as a smaller female-bear, she was ferocious to the other bears and could definitely hold her own. It was almost like she was defending the keepers.”

And although she was also very patient, Gerry never hesitated to let her keepers know when they weren’t moving fast enough with her very distinctive vocalizations.

She was also quite fond of enrichments — special treats, toys or scents given to the animals to help keep them physically and mentally stimulated.

“Some of her favorite enrichments were her perfumes, trout, peanuts, honey and cookies,” Anderson said. “She was always very excited to receive her favorite perfumes and would lay down and rub all in them. She was a wonderful bear, and her presence will be greatly missed by her keepers.”

To celebrate Gerry’s legacy, Grandfather Mountain is accepting donations in her memory, which will aid in the care of its resident animals, all of whom were either orphaned or injured in the wild or born into captivity before arriving at Grandfather, thus unfit for release into the wild.

The animals also have an Amazon.com wish list, featuring food, toys and supplies. Donors can choose a gift for their favorite animal, purchase it online, and have it delivered straight to Grandfather Mountain for immediate enjoyment by their furry or feathered friends. The list of suggested items is available at http://bit.ly/GMAmazonWishlist.

The not-for-profit Grandfather Mountain Stewardship Foundation strives to inspire conservation of the natural world by helping guests explore, understand and value the wonders of Grandfather Mountain. For more information, call 800-468-7325, or visit www.grandfather.com to book a visit.

A Marion has been charged after investigators discovered he was in possession of child pornography, authorities said Wednesday.

The bear facts: This one spotted near North Main Street in Marion

A Marion man acting suspicious behind a grocery store was found to be in possession of drugs, authorities said Monday morning.

A woman on probation faces an additional charge after a search turned up drugs, authorities said Thursday morning.

During a departmental meeting Friday morning, June 26, in front of his family and co-workers, Deputy Jordon Frisbee humbly accepted a McDowell…

Q&A: NC requirements for the Use of Face Coverings and Masks

North Carolina took early and aggressive action to slow the spread of COVID-19 in our state. These actions prevented our healthcare systems fr…

According to her keepers, Gerry preferred hanging out with humans over other bears. She also enjoyed the views from her habitat, getting treats and teasing the bears in the neighboring enclosure. Photo courtesy of the Grandfather Mountain Stewardship Foundation