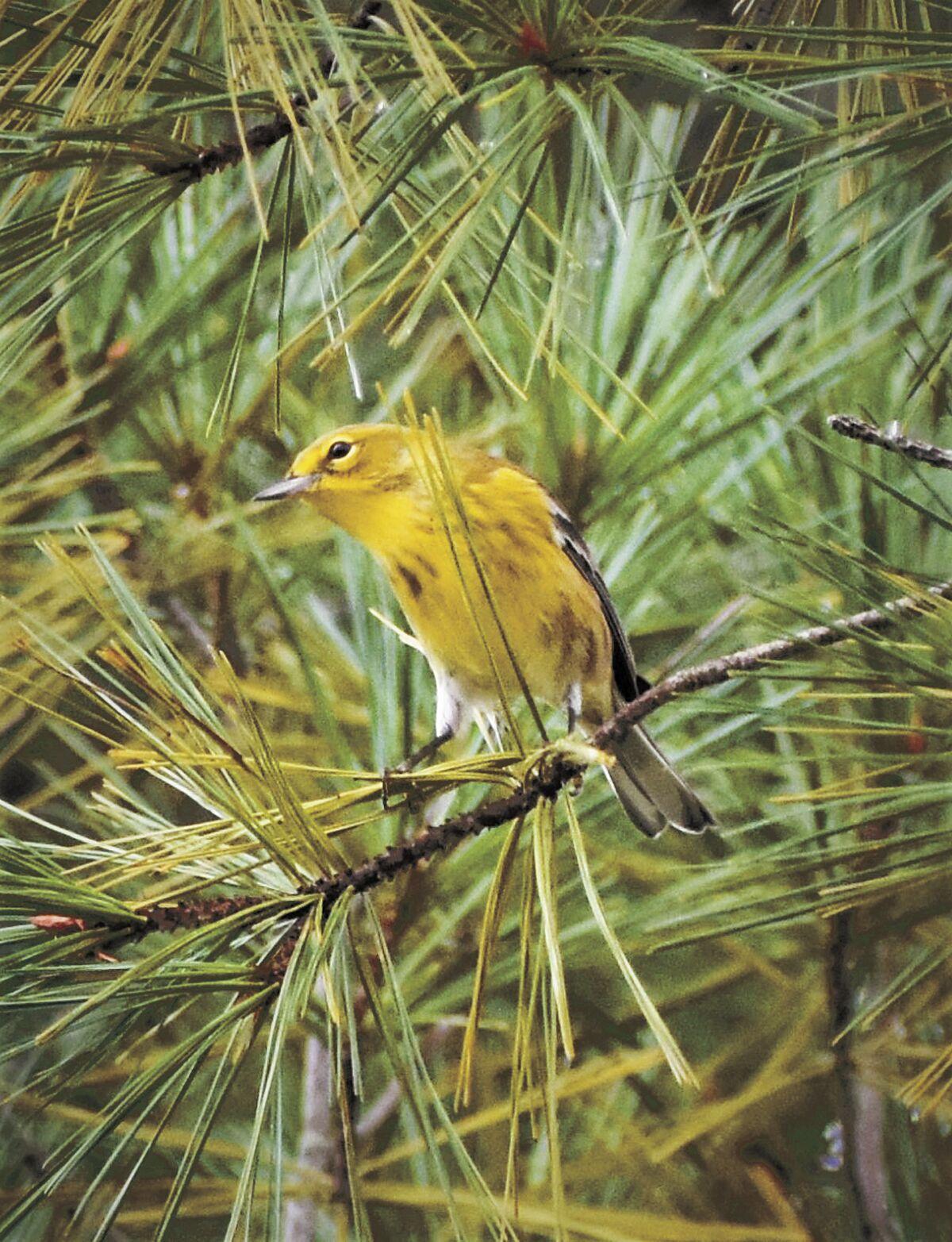 Larry McDaniel, the organizer of Tri-Cities Young Naturalists and the administrator of the group’s Facebook page, is trying again to attract more members to the group and hold in-person field trips. 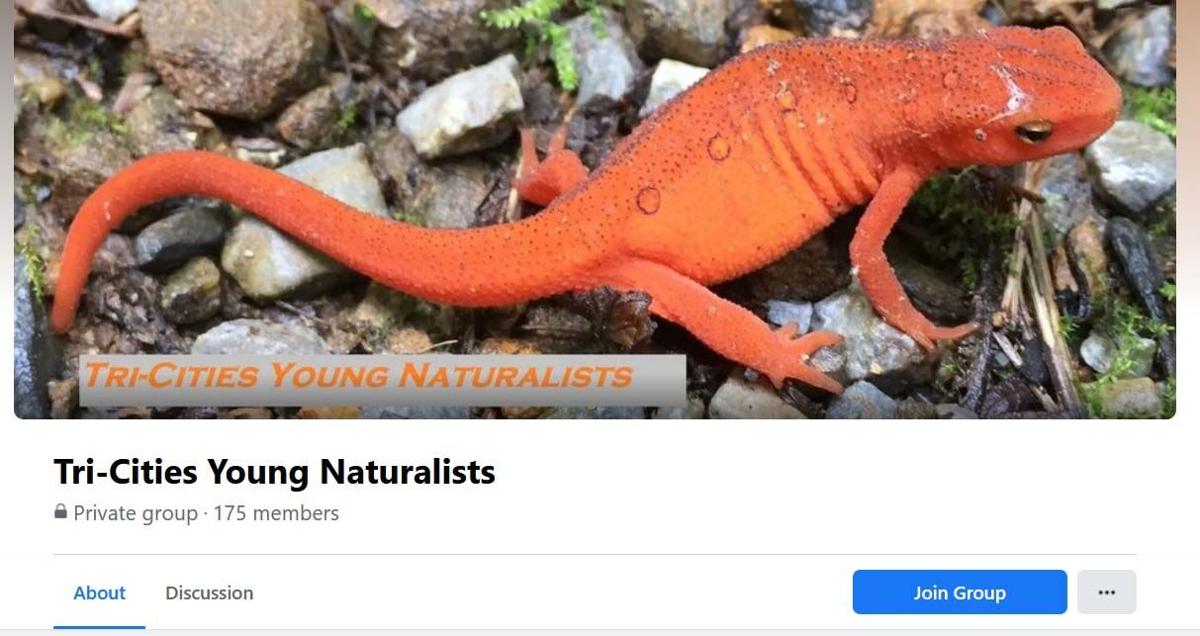 The group’s Facebook Page. They discuss birds as well.

I’m glad that my parents introduced me to nature. I also had grandparents who also loved to get outdoors.

My paternal grandfather knew the name of every tree in the woods. I always got his help when time came for those perennial “leaf collection” assignments in elementary classes.

My maternal grandparents loved to fish, so I learned about bluegills, walleyes and other local fishes from them. My grandmother was also quite knowledgeable about natural edibles, including wild-growing branch lettuce and morel mushrooms.

So, I’m all for efforts to introduce young people to nature. I met a boy named Gunnar at a bird walk that I led at Sycamore Shoals State Historic Park last month. This young attendee wanted to see a killdeer, which unfortunately were absent from the park that day. I did help him see such birds as a yellow warbler and a nesting American robin, so I hope the day wasn’t a total bust for him.

I learned with great interest last year that there was a new group being formed to introduce younger people to nature. Unfortunately, the group had just gotten off the ground in July of 2020 when the COVID-19 pandemic began to spike.

A year later, Larry McDaniel, the organizer of Tri-Cities Young Naturalists and the administrator of the group’s Facebook page, is trying again to attract more members to the group and hold in-person field trips.

McDaniel retired five years ago from a position at Steel Creek Park in Bristol. That job, he noted, let him interact with young visitors to the park curious to learn more about different aspects of nature.

“I was taking a walk and it popped into my head that I could still do that,” he said. “I could form something to let kids learn about and enjoy nature.”

McDaniel, a resident of Jonesborough, started the Tri-Cities Young Naturalists as a project with iNaturalist, but it didn’t gain momentum.

He changed course and created a Facebook group a couple of months later, which has produced better results.

He has been assisted by Cade Campbell, who serves as a moderator for TCYN and helped get the Facebook group up and running.

“As a naturalist, my passion is largely founded in the Southern Appalachians,” Campbell shared. “Growing up here, in one of the world’s great biodiversity hotspots, it’s hard for me to focus on just one group of species.

“As a result, I try to learn about as many different kinds of animals, plants and fungi as I can at intervals, learning how they all work together to build verdant, natural habitats,” he continued.

Campbell said he personally became involved in TCYN because he wanted to give young nature enthusiasts an opportunity to learn how amazing the natural world can be.

“As a young naturalist myself, I understand how exciting it can be to have a community of other young people to share exciting finds and learn new ways to find wildlife with,” he said. “It’s awesome to find a toad in the backyard every time one makes an appearance.

“However, visiting a ‘secret’ bend of the river full of lime-green map turtles, egrets perched on driftwood, and limestone bluffs full of colorful clumps of rare wildflowers and neon-green tiger beetles, with friends who can experience this same excitement and knowledgeable naturalists who can share detailed accounts about what you’re seeing, is an unforgettable experience,” he continued.

“I see TCYN as a way this frontier of discovery can be strengthened in our Appalachian Highlands region to really give local children an opportunity to form a strong connection with nature; something desperately needed in today’s time where nature deficit disorder is rampant,”Campebll added.

Campbell, who currently lives in Bristol, once lived in Indian Springs just outside of Kingsport.

“I spent a great deal of time learning about nature at Warriors Path State Park from Marty Silver, and many other mentors while I was still in elementary school,” he said. “That’s actually how I met Larry McDaniel, and he’s taught me how to better explore, appreciate and know the region’s wildlife ever since.”

Campbell said that his best advice for young naturalists is to simply appreciate nature.

“Appreciate the beauty of nature, learn thoroughly and intentionally, and be sure to have great adventures in the process,” he said. “You will never run out of things to learn about wildlife, and remember, that’s what makes this pursuit so exciting and rewarding.”

He also noted that things learned about nature can stick with people for a lifetime.

He noted that TCYN is designed to offer an opportunity to make the most out of this connection with nature, and share that experience with others.

Now that summer’s kicked off for 2021, McDaniel has made a renewed effort to offer more field trips. Helping in that effort is the fact that the pandemic seems to be lessening in intensity, perhaps thanks for an increase in vaccinations.

“We were going to have field trips last year, but then the pandemic worsened,” he said.

A more recent gathering was held at Twin Springs Picnic Area on Roan Mountain on April 29.

“It was a great time at Twin Springs Picnic Area on Roan Mountain yesterday,” McDaniel posted on the group’s Facebook page. “We held an event for the Northeast Tennessee City Nature Challenge. I was especially pleased to see three young naturalists participating and representing Tri-Cities Young Naturalists.”

The group has held other field trips, including a bird walk at Sycamore Shoals State Historic Park in Elizabethton on June 7. McDaniel noted that Jennifer Bauer, the park manager for Sycamore Shoals, has helped immensely in recruiting memberships for the Tri-Cities Young Naturalists.

Upcoming events include a snake talk/walk at Winged Deer Park in Johnson City at 9 a.m. on July 5 that will be led by Connie Deegan, who was recently honored as top Conservation Educator by the Tennessee Wildlife Federation.

McDaniel said that the Tri-Cities Young Naturalists boasts 175 memberships on Facebook, but noted that some of those memberships include multi-member families.

“It’s good for kids to get outdoors and away from gadgets,” McDaniel said, explaining his primary motivation for starting Tri-Cities Young Naturalists.

He also wants to instill a love of nature in the younger generation. “We need the upcoming generation to make changes, or else things for the planet will continue to go downhill.”

To join the group, search Tri-Cities Young Naturalists on Facebook. The group is set to private but is visible for searches. Requests to join can be sent to McDaniel for approval.

Whether your interest rests with birds, frogs, lizards, dragonflies, wild orchids or bees, Tri-Cities Young Naturalists will help you learn more about these topics and many others related to the natural world.

Are aliens not coming to Earth because of the cost?

Are aliens not coming to Earth because of the cost?

What is that mysterious 'blinking' object in space?

What is that mysterious 'blinking' object in space?

WANTED: Deputies currently searching for Cody McKinney in Nix Creek area. He may be armed

McDowell County sheriff’s deputies were searching Wednesday afternoon for 26-year-old Cody Lee McKinney, who is wanted for questioning in rega…

On Friday afternoon, a Marion woman was airlifted to a burn center after she was rescued from a recreational vehicle that went off N.C. 226 No…

Family, friends and staff members are proud of the accomplishments of these fine young women and men.

Local state of emergency for COVID terminated in McDowell

The state of emergency declared for McDowell County, Marion and Old Fort due to COVID-19 has come to an end, according to a release from Emerg…

Two people are accused of tampering with evidence in a child abuse case, authorities said Monday.

Two people have been charged with trying to steal a dirt bike, authorities said Thursday.

These fine young women and men are graduates of the McDowell Academy for Innovation.

Larry McDaniel, the organizer of Tri-Cities Young Naturalists and the administrator of the group’s Facebook page, is trying again to attract more members to the group and hold in-person field trips.

The group’s Facebook Page. They discuss birds as well.