Numerous fire officials and emergency personnel are responding to the forest fire on Pogue Mountain near Marion Tuesday afternoon. Crews worked through the evening to control the flames, and are continuing work Wednesday to extinguish the blaze.

North Carolina Forest Service officials estimate that as of Wednesday morning approximately 50 acres have burned. Crews worked through Tuesday evening to construct lines of containment around the fire. According to officials on scene, no structures are threatened at this time. Work will continue Wednesday with more than 30 fire personnel on scene constructing additional containment lines. Terrain in this area is extremely rugged with many areas only accessible by foot. No one was injured in the fire. There is still no information about how the fire started, according to a news release.

A statewide burn ban was issued on Monday due to dangerous fire conditions across the state. A local burn ban remains in effect for McDowell County further restricting any open burning within 100 feet of an occupied house or apartment.

“With the current conditions, a burn ban is necessary to reduce the risk of outside fires spreading quickly,” said McDowell County Fire Marshal Andrew Pressley. “Our top priority is always to protect lives, property and forestland across the county.”

All active burning permits have been canceled. This burn ban is expected to remain in place until dry conditions no longer pose a serious fire threat in McDowell County.

In addition, a burn ban has been put in place for the city of Marion following the statewide burn ban that was issued on Monday by the U.S. Forest Service.

The burning of leaves, branches or vegetation within Marion city limits is always prohibited, but this burn ban will prohibit the use of warming and cooking fires in barrels, small fire pits and chimneys, which is allowed during normal conditions.

Gas grills and gas fire pits can continue to be used by residents. Residents who think they see evidence of a wildfire taking place should call 911.

Also on Tuesday, there were multiple dispatches for smoke reports, but these were all a result of the Pogue Mountain Fire, said Deputy EMS Director Adrienne Jones.

Biden: US troops won't be moving into Ukraine

Biden: US troops won't be moving into Ukraine

What are these weird looking 'spider formations' that were spotted on Mars?

What are these weird looking 'spider formations' that were spotted on Mars?

The Old Fort fire community is mourning the loss of one of its own.

A Marion man has been sentenced to prison for sex crimes, including paying to watch a livestream of abuse of children overseas, authorities sa…

On Tuesday, the Marion City Council adopted changes to the city’s rules which specify how tattoo parlors and body piercing shops can open for …

Gale Wade remembered for his baseball achievements, service to his adopted home of McDowell

Whether it was baseball or serving the people of McDowell County, Gale Wade was always a valuable team player.

A group of volunteers dedicated a recent Saturday afternoon to an unusual clean-up in the Pisgah National Forest on Jan. 15. Organized by Wild South, a Spruce Pine-based nonprofit organization dedicated to preserving publicly owned land in the southern Appalachians, removed a Volkswagen bus that had been sitting in a ravine near Table Rock Road for more than 40 years.

A Marion man reported on Friday, Jan. 21, 2022, that someone stole his 2000’s model, red Honda Foreman four-wheeler from a Nix Creek Road address.

Men with ties to McDowell honored by the U.S. Navy

Two men with ties to McDowell County have been recognized by the U.S. Navy for service to their country.

HCA Healthcare recently donated $5,000 to the Foothills Food Hub, on behalf of Mission Hospital McDowell. The donation is the result of a nati… 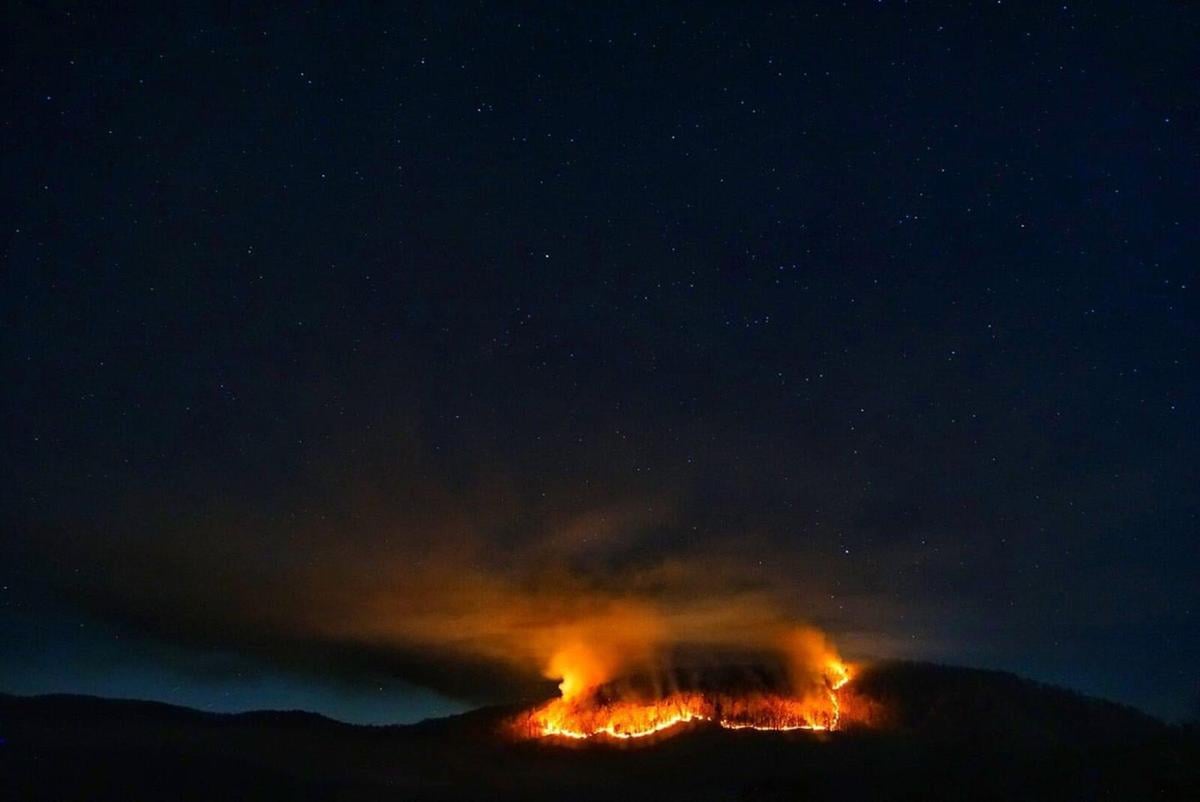 This photo by Kayla Bartlett shows the Pogue Mountain fire burning into the night. North Carolina Forest Service officials estimate that as of Wednesday morning approximately 50 acres have burned. 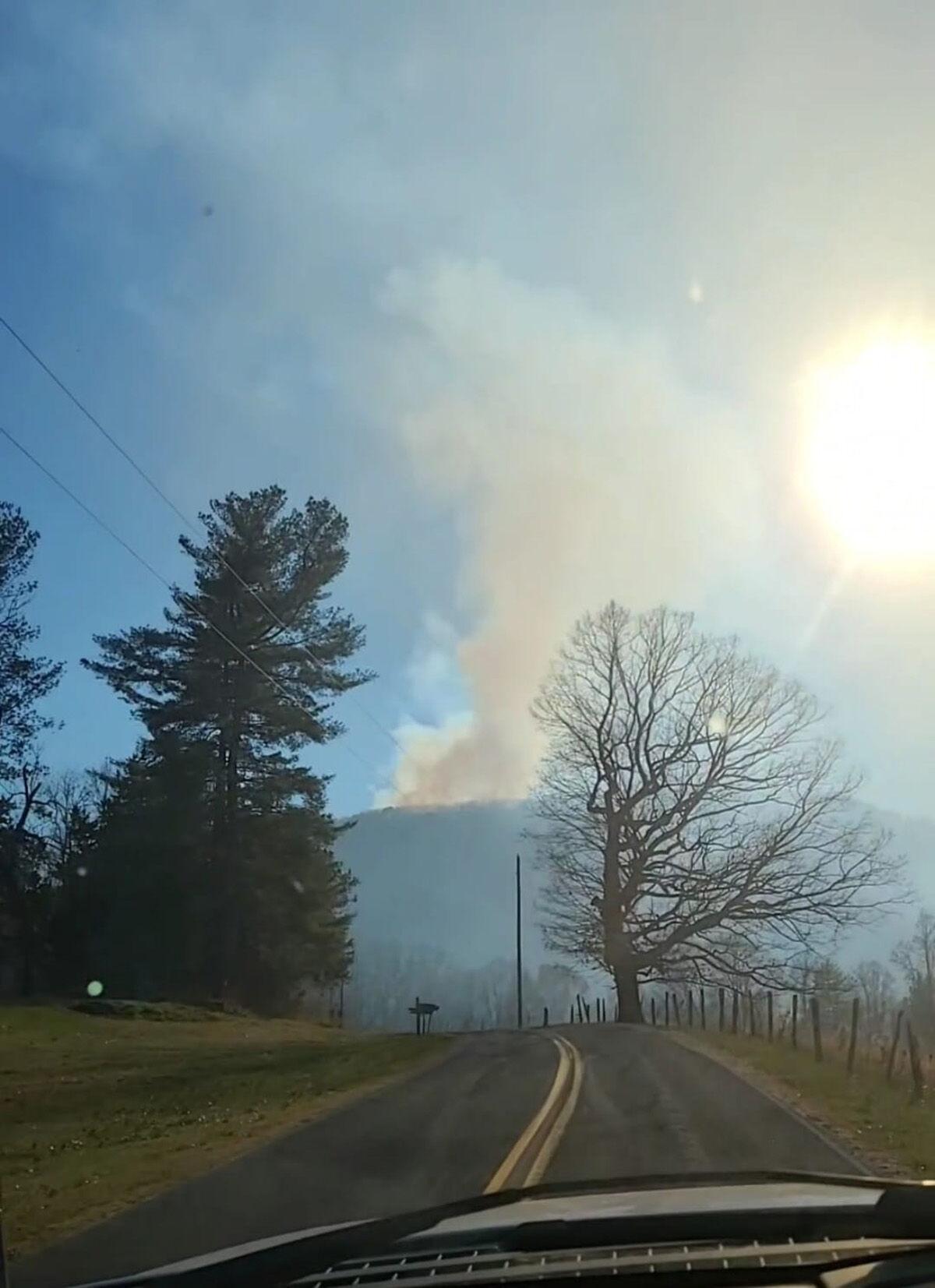 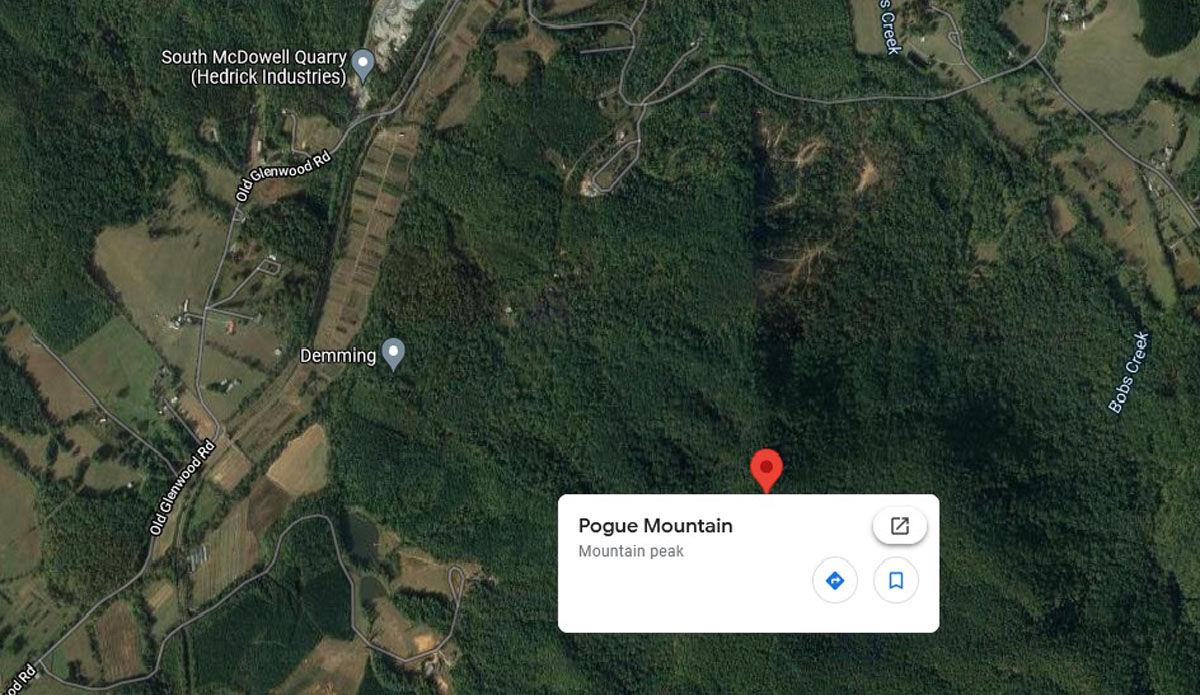 The location of Pogue Mountain, according to Google Maps. 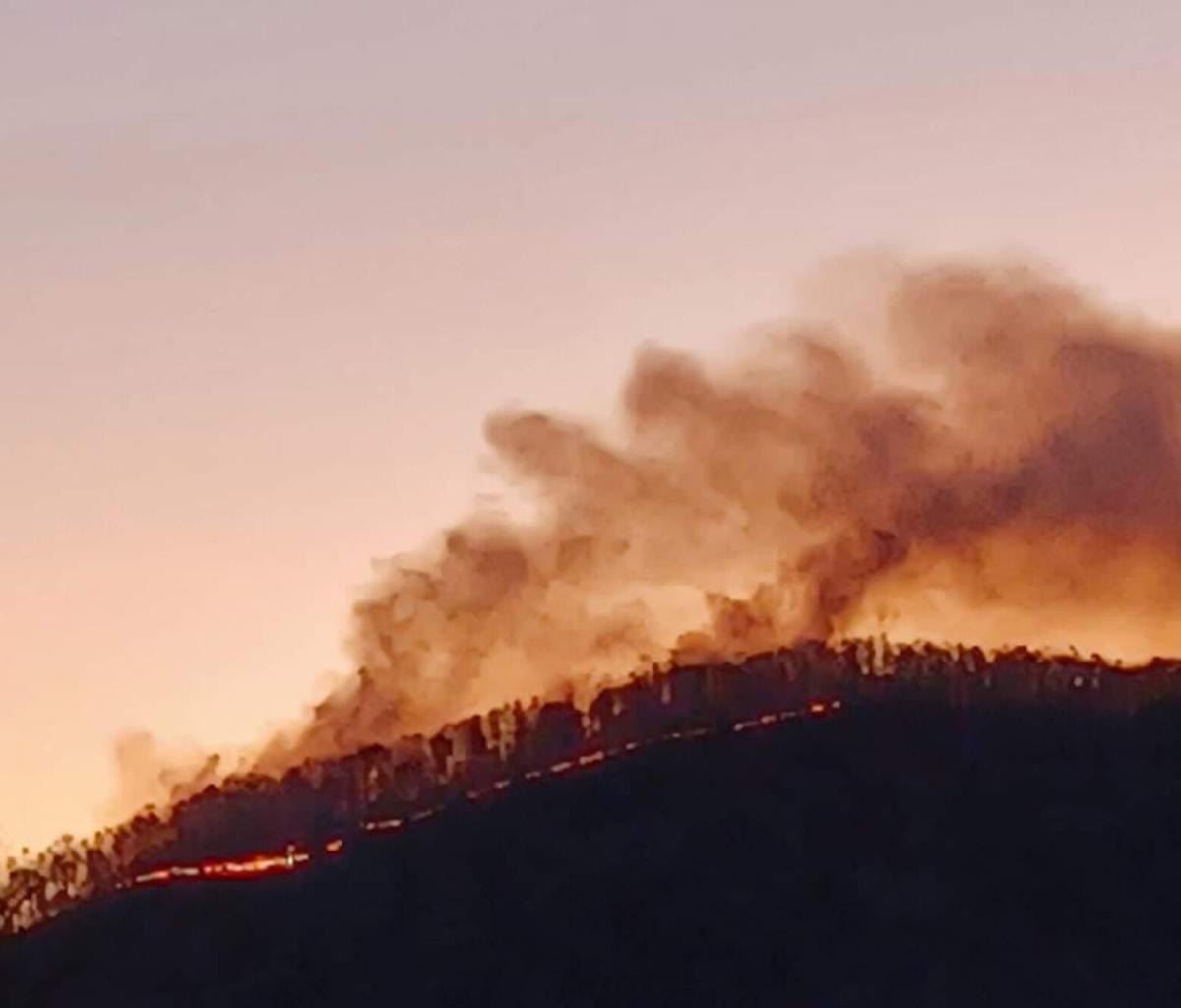 Stephen Durham, who lives on Huntsville Road in Marion, took this photo of the Pogue Mountain fire.