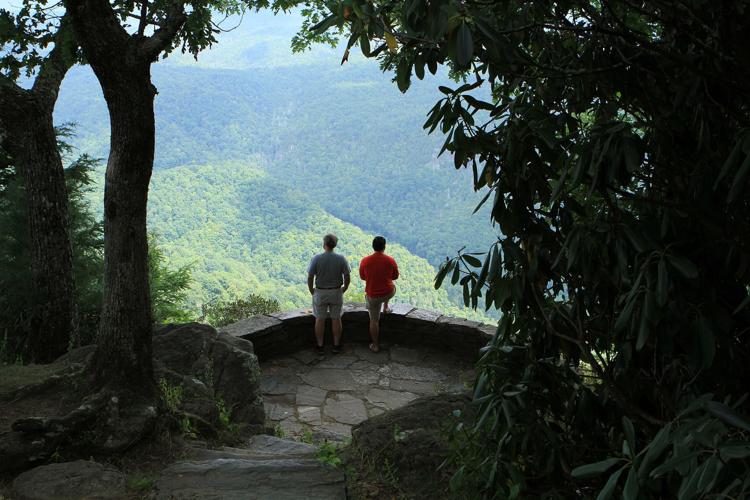 Chestoa View off the Blue Ridge Parkway in McDowell is a popular spot to see fall colors in October and November. 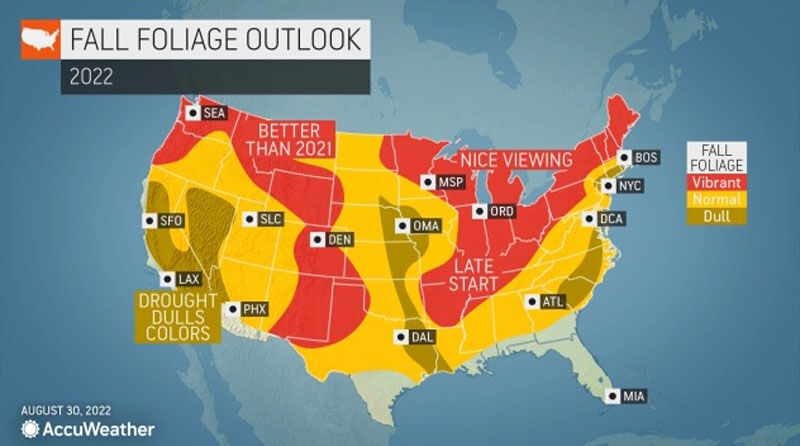 AccuWeather’s fall foliage outlook, released this week, predicts McDowell will have a normal season as far as color goes.

Thursday is the first day of fall after a long, hot summer.

What is the fall foliage outlook? It depends on the location and the days ahead, but early predictions from AccuWeather put McDowell’s fall as average.

After the third-hottest summer in the United States on record, many Americans are ready for the arrival of cooler air this fall and everything else the season brings with it. Some people consider autumn to be the best time to get out of the house and enjoy all the beauty nature has to offer. The gorgeous, vibrant colors put on a display like no other before the trees shed their leaves for the long winter ahead.

Families may start thinking about taking trips to admire the colorful landscapes transformed by the fall foliage. However, the lack of rainfall across certain popular viewing areas might put a damper on some plans. The fall foliage forecast, released this week by the long-range meteorologists at AccuWeather, offers insights to leaf-peepers on the ideal locations to admire the beautiful colors.

The Tennessee and Mississippi River valleys were dominated by dry and hot weather during the first half of the summer, but by the end of July, the story had drastically changed.

According to Rick Harper, an extension associate professor at the University of Massachusetts, the weather during the second half of the summer has a large impact on the fall foliage. Harper explained that trees start to prepare for the fall leaf change around Independence Day. The pattern in terms of temperature and moisture during the second half of summer determines how trees gear up for leaf senescence, which is the final stage of leaf development.

From Missouri to Illinois to eastern Kentucky, there was no shortage of moisture during the second half of the summer. In late July and early August, there were three 1-in-1,000-year floods that occurred in those states within six days of each other.

To the east, the rainfall hasn’t been as abundant across most of the Carolinas and southeastern Virginia this year. This will have a significant impact on the foliage. AccuWeather’s Lead Long-Range Forecaster Paul Pastelok expects colors to be “slightly duller” in these areas.

Any rainstorms or impacts from potential tropical systems in late September or October will also result in a quicker-than-normal knockdown of leaves for this region.

Beverly Collins, a professor at Western Carolina University, talked to McClatchy News Service about what to expect in the foothills and mountains.

In October or early November, it’s likely you will see at least some of nature’s colorful display.

“Our color season lasts a pretty long time, so you won’t be disappointed,” Collins said in a phone interview. “You may have to hunt a little more, or you may not have to hunt at all.”

How could the leaves look?

Collins said leaves change their colors as days get shorter and overnight temperatures start to drop. Those patterns signal the chlorophyll inside the plants to start to break down.

“Trees will continue to photosynthesize and stay green until they get some cue to not do that,” she said.

“We might not be getting as cold as early in the year this year,” Collins told McClatchy News. “That’s what happened last year, and that’s probably going to be the trend from now on with climate warming.”

Another curveball could come from future extreme weather events. High winds or remnants of hurricanes could take leaves off trees, impacting the fall leaf forecast, the professor said.

7 injured in crash on US 221 North of Marion

A Wednesday morning wreck on U.S. 221 North in the Woodlawn community resulted in seven people injured.

5:49 p.m.: A second medical helicopter, this one from Hickory, has been called to the scene of the crash.

ASHEVILLE — A Marion man will spend more than 13 years in federal prison for trafficking in methamphetamine, authorities said Thursday.

McDowell County emergency officials are preparing for even more heavy rain this weekend because of Hurricane Ian than initially expected.

Know this guy? The McDowell County Sheriff’s Office would enjoy meeting him

The McDowell County Sheriff’s Office needs your help in identifying an individual.

As Hurricane Ian threatens Florida, officials in McDowell County are preparing for what it could do here this weekend.

Seven people were transported to Mission Hospital in Asheville on Wednesday morning after they were injured in a three-vehicle wreck on U.S. 2…

A North Cove man was charged after a search of his residence, authorities said on Monday.

Trees and power lines knocked down by Ian

Chestoa View off the Blue Ridge Parkway in McDowell is a popular spot to see fall colors in October and November.

AccuWeather’s fall foliage outlook, released this week, predicts McDowell will have a normal season as far as color goes.