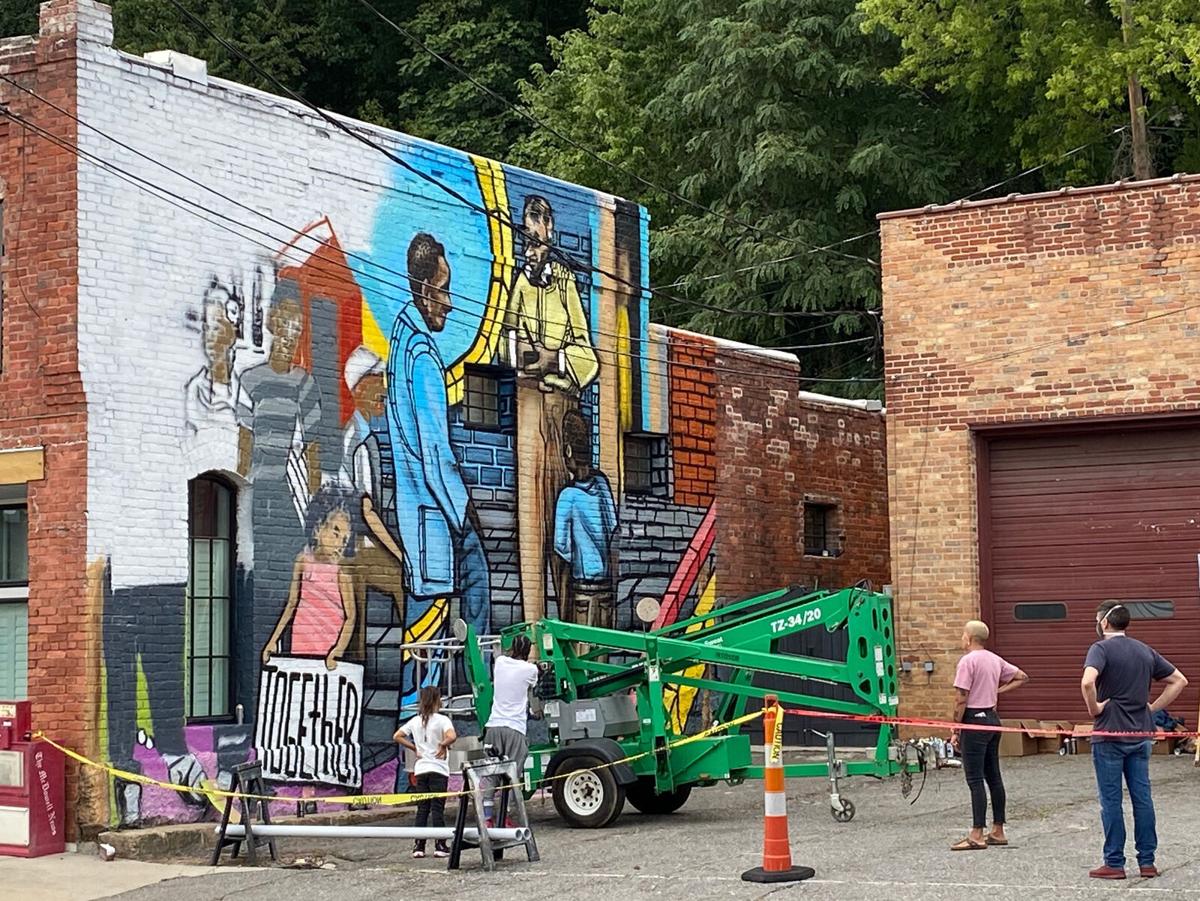 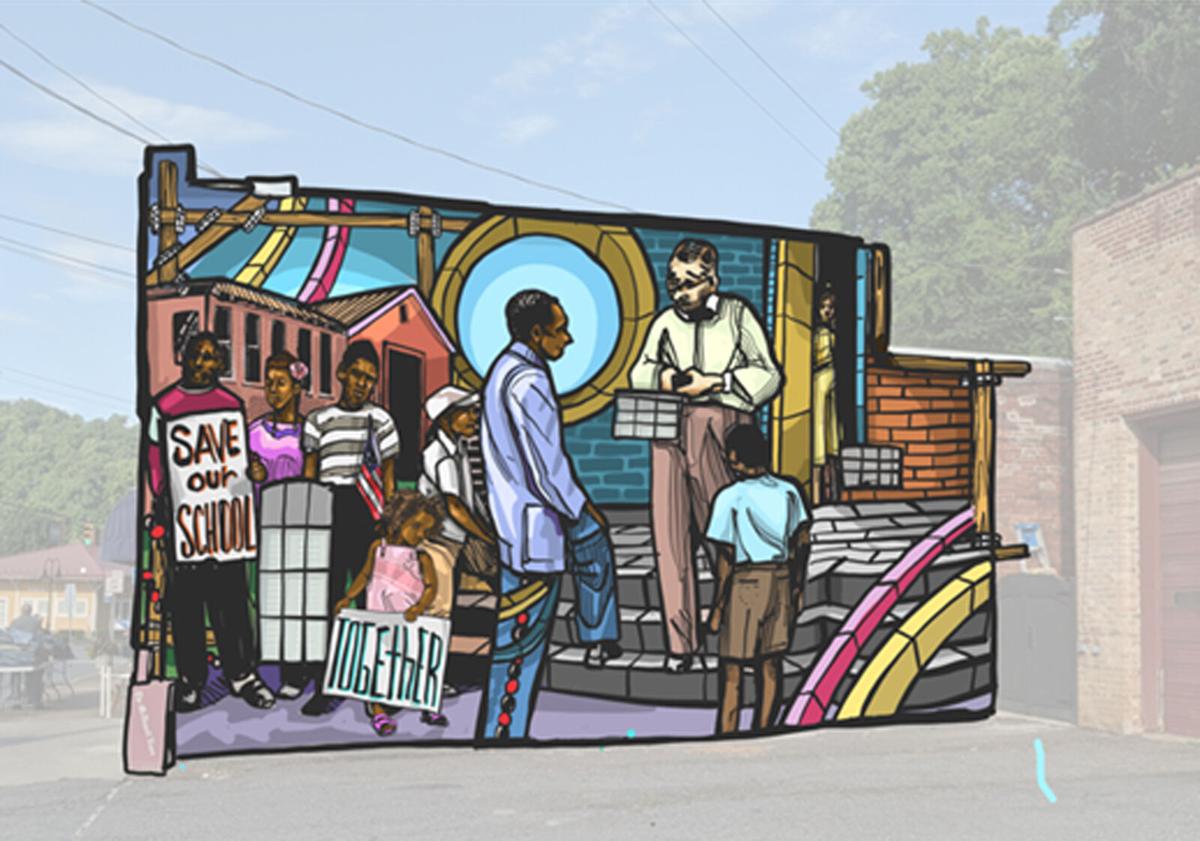 A couple of civil rights heroes are being commemorated in Old Fort — and in a big way.

It’s likely not many have heard the story of George Sandlin, who worked to preserve the Catawba View Grammar School in Old Fort after it was shut down in 1950; or that of Albert Joyner, who fought against segregation on behalf of Old Fort’s children in 1955.

But thanks to a group called People on the Move for Old Fort, whose mission is to engage residents in community building efforts that result in a more inclusive and equitable town, there will always be a reminder of the two and their struggles. A commemorative mural in downtown Old Fort, painted over the course of last week, will celebrate the courage and activism Joyner and Sandlin showed in the face of systemic and institutional racism.

The scene, painted on the side of the former Sandlin Theater building, celebrates the Black community’s current and historical contributions to the town of Old Fort.

“I am excited to be a part of this wonderful project honoring Mr. Joyner and Mr. Sandlin,” said Lavita Logan, Project Consultant for People on the Move for Old Fort. “I knew Mr. Joyner and he was a nice man who always stood up for what is right. So I guess that morning he woke up and saw those children scared to walk to school that he would be labeled a civil rights hero in Old Fort.

“Mr. Sandlin stood up for what is right even though he was faced with hatred for that. I hope this Mural will bring to light the bravery of Mr. Joyner and Mr. Sandlin.”

Kim Effler, who will become the McDowell Chamber of Commerce Director in October, said the mural is a landmark accomplishment. She and her husband, Jerome, live in the Sandlin Building and are proud of the memorial.

“We are honored that the story of Albert Joyner and George Sandlin will live forever on our building, and are so proud of the team that came together to make this vision possible,” said Effler.

Catawba View School and the land it sat on were funded by the Black community in Old Fort, and became a much-loved institution. In Sept., 1950, the school was shut down by local officials and its 75 students were bused to an all-Black school in Marion.

Sandlin, a local attorney, was hired by the students’ parents to help save the school. But despite his best efforts, the school was closed and then destroyed two years later.

A few weeks later, Joyner was attacked by a white man for his support of the protests, but that did not deter him from supporting the Black community and its children. Joyner was always present while the Old Fort integration case was argued in court.

The mural was painted by artist David “Don Rimx” Sepulveda.

"Collaborating with the West Marion Community Forum, Inc. (WMCF) in the historical preservation of the city of Old Fort, through my art, is a great responsibility and is of great importance,” the artist said. “I am honored that the community has chosen me and my work to realize their vision of a large-scale mural honoring the noble gesture made by Albert Joyner in the 1950 Protest.”

For more information about the artist visit https://donrimx.com

A McDowell County family is fortunate to have a new home by Thursday after their previous house burned to the ground early Saturday morning.

People in Marion who are experiencing homelessness, both chronic and temporary, need help from the entire local community. And those who are n…

McDowell commuity comes to the aid of family after home burns

A McDowell County family is fortunate to have a new home by Thursday after their previous house burned to the ground early Saturday morning.