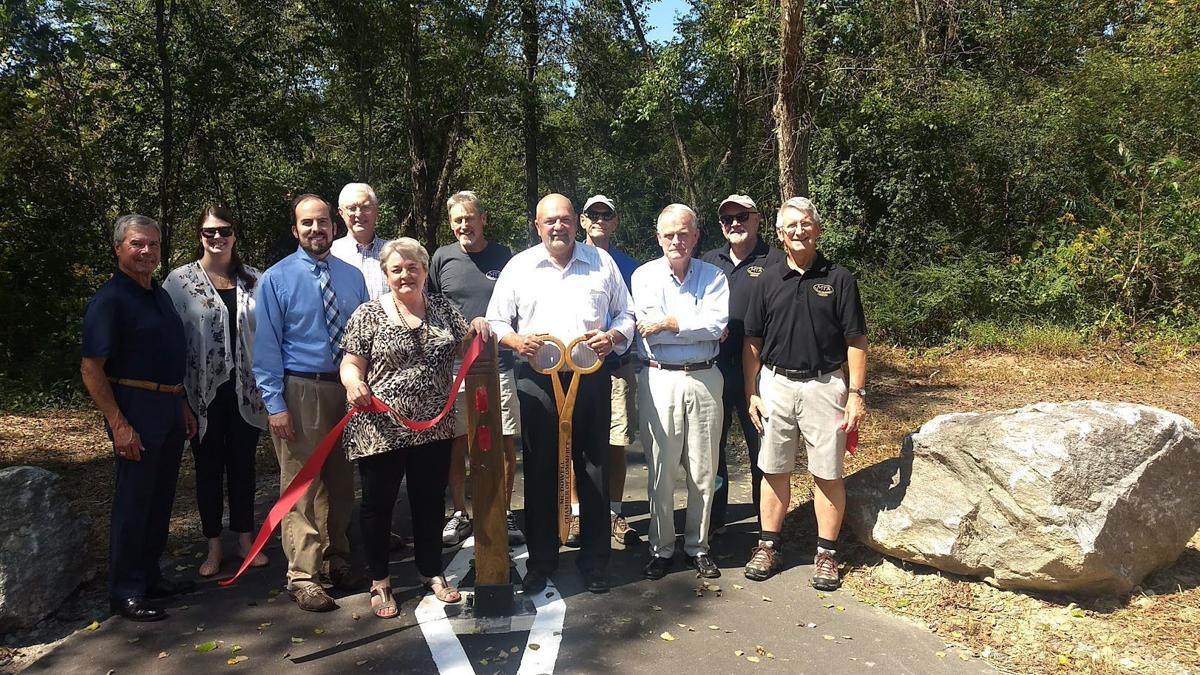 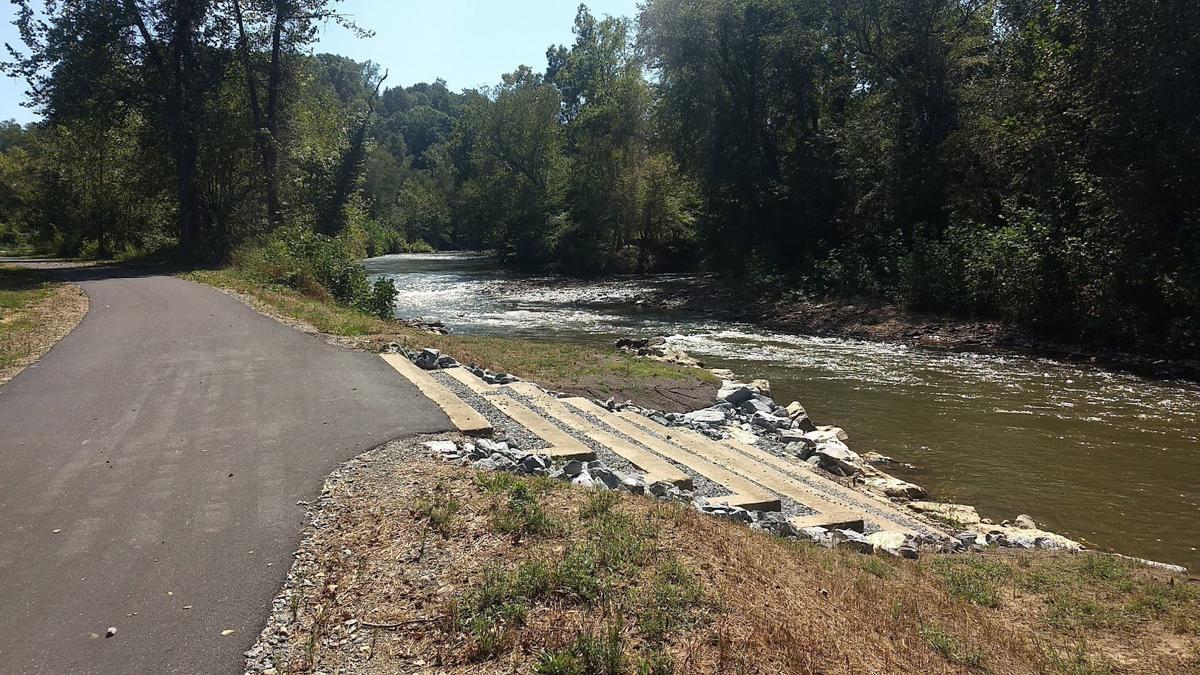 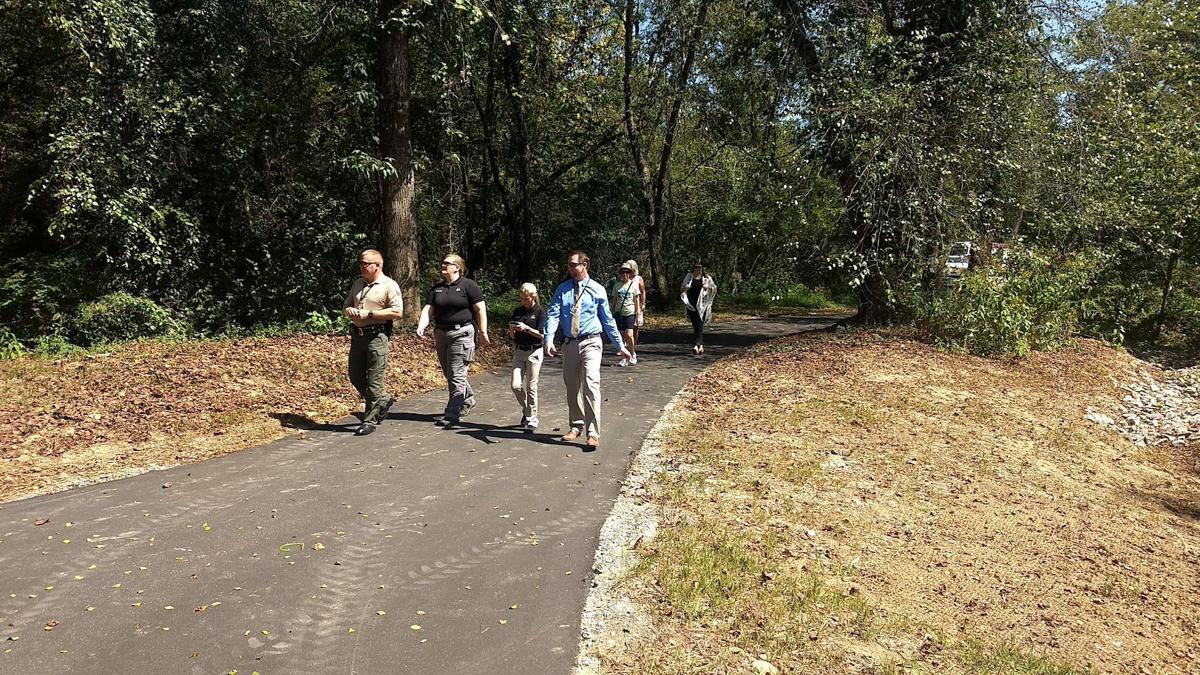 On Monday, McDowell County officials, trail enthusiasts and other local leaders cut the ribbon for the newest section of the greenway park along the Catawba River.

County Manager Ashley Wooten said McDowell has been a partner on trail development projects for many years. For example, the county contributed $30,000 for Phases One and Two of the Joseph McDowell Historical Catawba Greenway. The county has also provided matching funds for planning studies for the Fonta Flora State Trail segment between Marion and Lake James as well as the Overmountain Victory Trail between Spruce Pine and Lake James. These planning efforts are currently underway. The county, the city of Marion, and the trails association meet regularly to discuss planning of additional trail extensions, according to information from Wooten.

At this time, the county is working on two grant applications for additional extensions in order to cross the Catawba River so it can reach Tom Johnson Camping World and Nix Creek and eventually reach Phase One.

On Monday, the third phase of the greenway was dedicated and opened. This is the old county river park located along Old Greenlee Road. This new phase is part of the Fonta Flora State Trail, which will connect Morganton with Asheville and include McDowell County.

This third phase project consists of approximately 2,000 feet of paved greenway trail, a renovated canoe launch, horseshoe pits and a picnic shelter. Baker Grading and Landscaping was the contractor and McGill Associates was the engineer, according to county officials.

The total cost of the project was approximately $1 million. McDowell County contributed $256,132 towards the construction. Other money came from the city of Marion, the McDowell Trails Association, N.C. Parks and Recreation Trust Fund and the N.C. Department of Environmental Quality. County officials said notable individuals who worked to see this project happen include Judge Bob Hunter, MBA leader Frank Dean, the Miller family and Dr. Charles Woody.