Matt Kenseth, Hershel McGriff and Kirk Shelmerdine have officially been inducted into the NASCAR Hall of Fame.

The three were honored on Friday night in the Charlotte Convention Center in uptown Charlotte in front of a crowd comprised of a who’s-who of the stock car racing industry.

Also of note: Friday’s ceremony featured a recognition of Mike Helton, who won the Landmark Award for Outstanding Contributions to NASCAR. Helton was the first person outside the France family to be named NASCAR president in 2000 and now serves as a member of the NASCAR board of directors.

Matt Kenseth. Kenseth, 50, is a two-time Daytona 500 winner and the 2003 NASCAR Cup Series champion. He has 39 Cup wins to his name — tying 21st on the all-time list — and was also a playoff contender in 13 of his 14 seasons at the sport’s highest level. Kenseth retired in 2020, with his last race win coming at Phoenix Raceway in 2017 with Joe Gibbs Racing.

Hershel McGriff. McGriff’s longevity in NASCAR is what makes him undeniably unique: The driver competed in his first NASCAR Cup Series race in 1950 — and his final race was at Tucson Speedway in 2018 (at the age of 90). McGriff, 95, started 85 races across 28 NASCAR Cup seasons and in 1954 finished sixth in championship points. He also won the 1986 NASCAR West Series championship.

Kirk Shelmerdine. Shelmerdine was the only non-driver in this year’s induction crop. The famed crew chief finished his career with four NASCAR Cup Series championships to his name — all of which he won serving as crew chief for fellow Hall of Famer Dale Earnhardt — and also guided Ricky Rudd, James Hylton and Richard Childress. Shelmerdine, 64, retired as a crew chief in 1992 in exchange for his pursuit as a driver: He made 41 starts across the three NASCAR national series.

For years, the N.C. Division of Motor Vehicles has built up a lengthy “Do Not Issue” list of terms and phrases it won’t put on vanity license plates because someone might find them offensive. Now, for the first time anyone can remember, the DMV has taken items off the list. The 239 terms recently redeemed in the eyes of the DMV include GAY, LESBIAN, QUEER, GAYPRIDE and several others used by ...

There won’t be another Billy Packer, and not just because Wake Forest doesn’t recruit many Polish point guards these days. He was a contrarian and iconoclast in a broadcasting world that’s turned increasingly sycophantic. He was the voice of the glory days of the ACC at a time when that conference was at the center of the college basketball universe. He was always something different, even as ...

Can you get pulled over in NC for having bright headlights? Here’s what the laws say

Bright headlights can be useful while driving on certain roads or dark highways, but they can also be a nuisance to other drivers. Last month, a North Carolina resident posted about their frustration with high-beam headlights on Reddit. “I feel like I’ve noticed a way higher number of people using their high beams all of the time,” the commenter wrote. “I see them inside city limits on roads ...

When judge ordered NC woman to post the truth about a fatal wreck, Facebook was not kind

A local car dealership employee was fired after being accused of going on a joyride in a customer’s vehicle and using derogatory language in an incident captured on video. In the footage posted earlier this week on TikTok, a speedometer on the dashcam shows the car traveling at speeds up to 60 miles per hour on what appears to be Crownpoint Executive Drive near Keffer Hyundai in Matthews. Most ...

What we know, and don’t, about the hit-and-run charge against NC Auditor Beth Wood

Details of the crash that led to charges against North Carolina State Auditor Beth Wood last month have slowly emerged since the collision first came to light on Wednesday night, but there are still several unanswered questions about the incident. Documents obtained by The News & Observer, including an accident report filled out by a Raleigh police officer who responded to the scene, have ...

A man accused of stealing a John Deere tractor in Boone, North Carolina, led police on a chase through the small town, authorities say. Boone Police Department was called on Tuesday, Jan. 17 following reports that a tractor was being driven around a parking lot “erratically,” attempting to hit pedestrians. When officers responded, they found a man driving the tractor that they were “very ...

Jan. 10—Before even taking his oath of office, U.S. Congressman Chuck Edwards was part of an historic event requiring 15 votes over five days to elect a speaker of the U.S. House of Representatives. Finding agreement on a speaker lasted longer and took more votes than it has in the past 164 years. No other business before the 118th Congress could be conducted before a House speaker was chosen, ...

The Carolina Panthers have started the second round of their coaching search. Following an initial round that featured nine candidates, the Panthers are expected to shorten their list in the next phase of the search. The team began its second round of interviews with interim head coach Steve Wilks shortly after Dallas Cowboys offensive coordinator Kellen Moore concluded his first-round ... 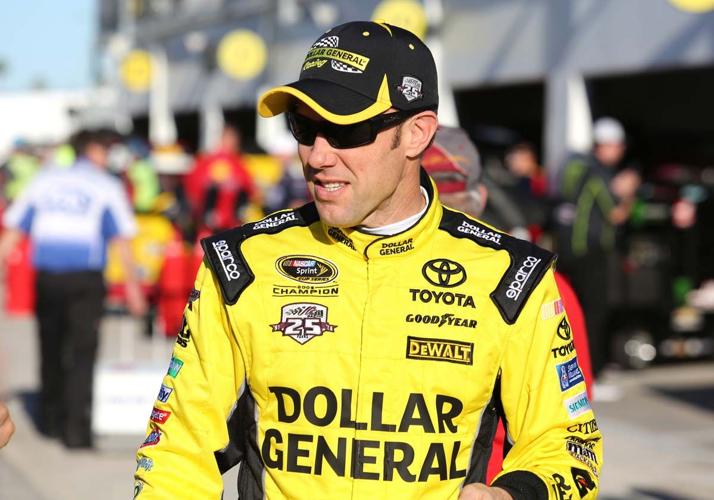 Matt Kenseth walks in the garage area as drivers prepare for Sprint practice at Daytona International Speedway in Daytona Beach, Fla., on Feb. 12, 2016. 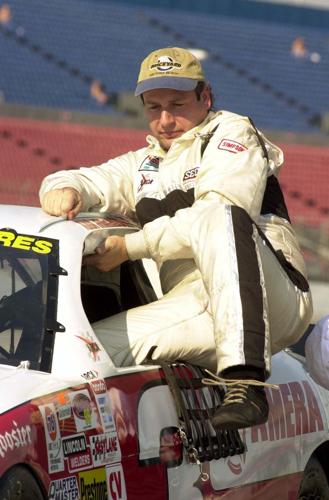 Kirk Shelmerdine of Welcome, N.C., climbs from his Chevrolet Monte Carlo after he won the pole for the ARCA series Pro2Call 200.